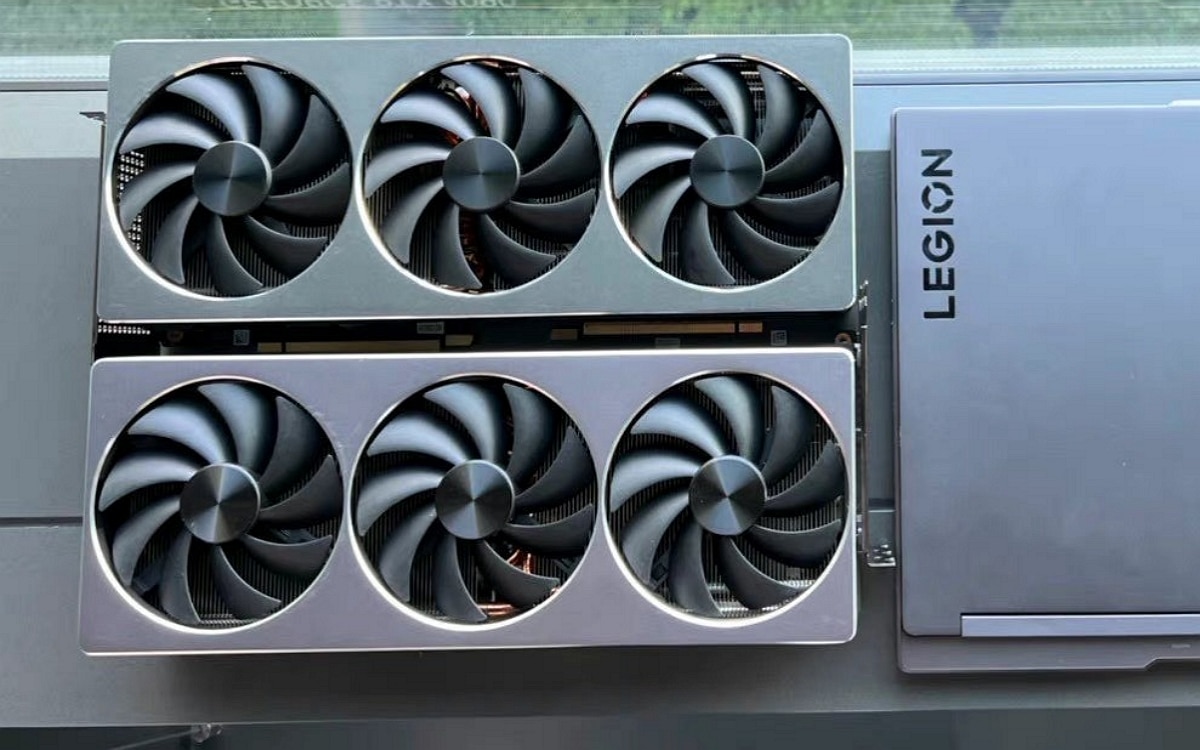 Share
Facebook Twitter LinkedIn Pinterest
While Lenovo is already present in various markets such as laptops and smartphones, the giant should soon launch into the graphics card market with the next RTX 4000 Ada Lovelace series from Nvidia.

A few days ago, the graphics card market was shaken after the announcement that EVGA has decided to break its partnership with Nvidia and not produce the next generation of “Ada Lovelace” RTX 4000 graphics cards. absence will of course be very noticeable over the next few years, but the manufacturer could well be replaced by a newcomer: Lenovo.

Ahead of the presentation of the next high-end graphics cards from Nvidia later today at the GTC conference, a new Lenovo RTX 4090 has already appeared on the Chinese social network Weibo. It seems that under its Legion gaming brand, Lenovo is going to make a good entry into the graphics card market.

In the photo posted on Weibo, Lenovo’s new Legion RTX 4090s are placed next to a Legion Y9000X 16-inch laptop, and the GPUs are almost the same size. The graphics cards therefore promise to be huge, with a approximate size 35.6 x 13.6 cm. Their thickness should be about 7 cm, which will make it occupy three slots in your machines. Another photo also shows us what the graphics card should look like once mounted in a computer.

The huge size of the graphics card would be required to allow it to deliver almost twice as much power as the previous generation, if the first benchmarks are to be believed. The GPU could also rely on a Default TDP set to 450Wand who could fly away up to 660W once overclocked.

With this new graphics card which could be marketed for more than 2000 euros, Lenovo could therefore well catch up on its direct competitors such as MSI, Gigabyte or Asus, which have already been present in the GPU market for many years now. Either way, we should learn more later today at Nvidia’s official presentation.