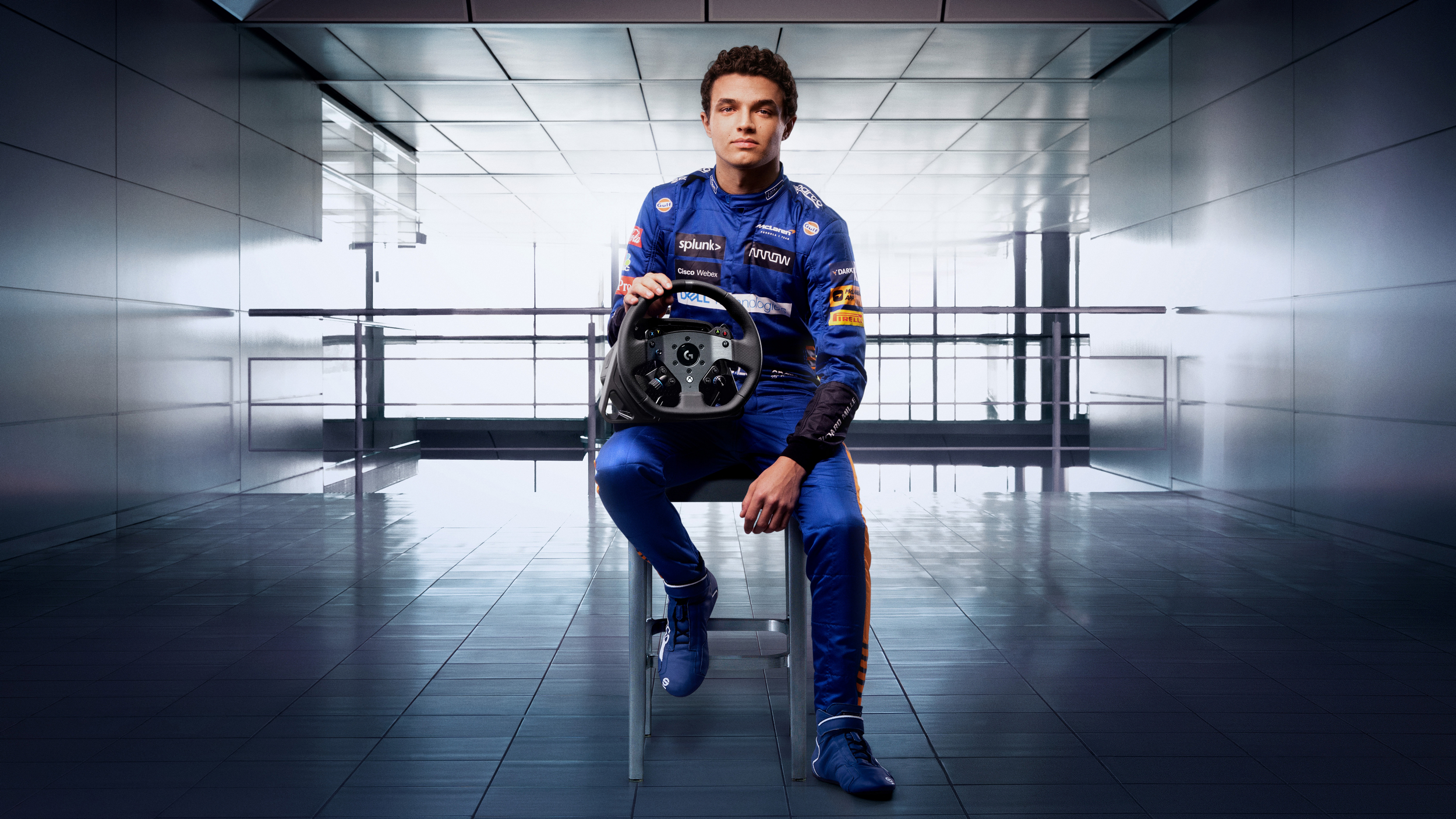 Logitech announced new peripherals and devices from its product lines gaming and content creators. On the list are the Astro headphones, a dynamic XLR microphone and a lamp, although what is more surprising is the new PRO Racing Wheel. After years of waiting, fans will be able to upgrade their old G29 to a DD steering wheel and load cell pedals.

The PRO Racing Wheel incorporates an 11 Nm Direct Drive motor with low latency response and support for TRUEFORCE, Logitech’s force simulation technology. The steering wheel has a design based on GT3 and integrates multiple buttons and dials within thumbs reach. At the rear are magnetic paddle shifters with contactless hall-effect sensors, as well as dual-clutch analog paddles that are programmable.

As with Fanatech systems, Logitech has included a small screen to adjust the steering wheel settings. This is particularly useful as it offers access to change the force, FFB filter, damper, etc. and create up to five profiles. Lastly, it offers a quick release mount to remove the steering wheel.

Logitech’s commitment to the market of sim racing It is interesting if we consider that the Pro Racing Wheel and pedals are console compatible. Outside of Fanatec, the rest of the companies that sell mid-range and high-end wheels are aimed solely at the PC gamer. Another curious topic is that Logitech won in the bets and released a Direct Drive flyer before Thrustmasterits closest competitor.

Logitech also released a customizable load cell brake pedal set. This is quite a leap for the G29 or G920 user who has relied on power pedals for years. Players can adjust clutch and throttle by means of springs interchangeable, while the brake is made with elastomers.

PRO Racing pedals can be slid or removed from the base to be placed on a rig or inverted. The controls at the base of the steering wheel also allow you to set some options such as the dead zone.

The Pro Racing Wheel will be available this month at a price of 1099 euroswhile the pedals will be sold for 389 euros. The entry price is a bit high for the loyal user of the brand, something that could cause inconvenience. In comparison, the Gran Turismo DD Pro by Fanatec is sold for 969 euros (steering wheel and pedals), although it is almost impossible to get and uses the CDL DD of 8 Nm.

It is clear that Logitech wants to gain a foothold in the Direct Drive steering wheel market. The first step has been taken, it only remains to ensure that it meets quality and availability.

Headphones and other devices for streamers

Logitech also launched other devices in its G series designed for the streamers. The headphones Astro A30 Wireless They offer a 40mm audio driver, removable boom unidirectional microphone and Bluetooth and Lightspeed 2.4GHz support. The latter allows you to connect with up to three devices including PS5, PS4, Xbox Series X | S, Xbox One, Nintendo Switch, PC and Steam Deck, among others.

The Astro A30s are offered in two color configurations: White and Navy, and have autonomy up to 43 hours. Users can configure them through modkits available on the Astro website. The price for the headphones is 249 euros and will be available from October.

Finally, Logitech announced its Blue Sona microphone for content creators. The dynamic XLR microphone includes ClearAmp technology that offers a gain boost of 25 dB without the need for an external amplifier. Also featured is a dual-diaphragm capsule and supercardioid pickup pattern that focuses on your voice and prevents background noise.

The Blue Sona can be combined with a Litra Beam light to light up your broadcasts. This lighting system features a lightning bolt design and a tabletop stand that can be adjusted in three directions. The microphone Blue Sona is priced at 349 euros, while the Litra Beam can be purchased for 119 euros. Both will be available starting today in Europe and the United States.

An external SSD that does not cost a kidney? 1 TB hard drive for less than 100 euros