Logitech enters the world of streaming with a professional microphone, light and headphones 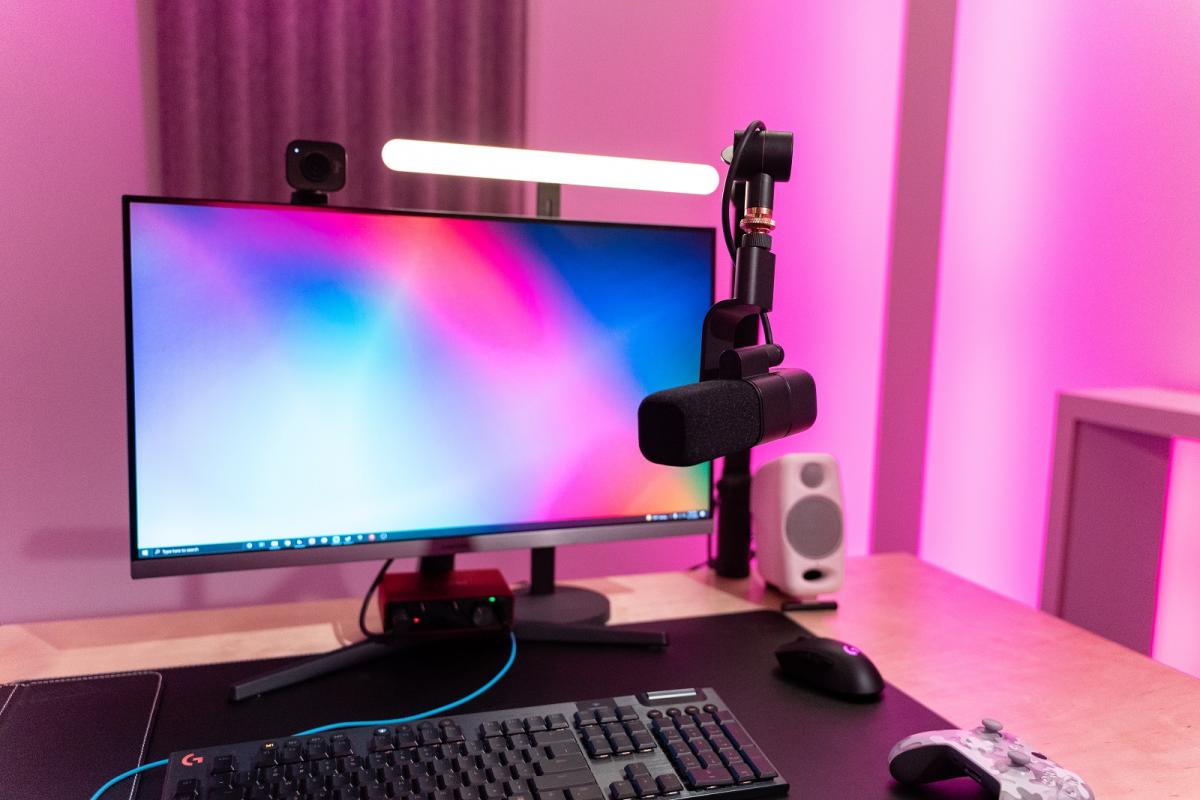 Share
Facebook Twitter LinkedIn Pinterest
The professional and gaming peripherals company has presented its new products for content creators today in Berlin. For the first time we see an XLR microphone under the Logitech label and, along with it, a battery of very interesting gadgets for all those who do YouTube and Twitch on a daily basis.

Logitech is a company that is inextricably linked to the world of computing and computers. That means they make both products gaming as professionals: keyboards, headphones, mice, speakers… If it’s a peripheral, Logitech has it or is working on it.

And if there are few products missing that were not under your brand, Now Logitech has made official what is its first professional microphone with an XLR connection. That is, it does not work through a USB, but is connected with the typical cable of music studios and radios.

Along with Blue Sona, Logitech has shown a large battery of products that are aimed at the same audience: content creators. We have an LED bar to light up our studio, a wireless gaming headset, a new steering wheel with pedals and much more.

Without further delay, we are going to see one by one the products that have been shown to us today at a private event in Berlin. We start, as with, with the jewel in the crown: Logitech’s Blue Sona microphone. Hopefully keyboards, but no luck this time.

Without the acquisition of Blue a few years ago, Logitech would not have dared to launch a professional microphone aimed at high-end content creators. But the Blue audio company has left a good legacy, good patents and good audio engineers.

The Blue Sona is a dynamic microphone with XLR connection (the one with the three pins) that needs to be connected to an external audio card. This will be the one that does the conversion from analog to digital while giving the necessary power to make it work.

Indeed, the Blue Sona requires not only an audio interface, but also that it has Phantom power (the 48 volt one). This is curious, since almost no dynamic microphone needs this extra power.

This new microphone incorporates ClearAmp technologyan innovation that streamlines the XLR experience by delivering a hefty +25dB gain boost, without the need for an external microphone amplifier.

Other advanced features include a dual-diaphragm capsule and a supercardioid pickup pattern.which focus on your voice while controlling your environment by preventing unwanted vibrations, key clicks, and background noise.

Potential buyers should know that the microphone needs a boom or a tripod, since the peripheral ends in a thread that does not stand up on its own on the table.

And what better than a beautiful LED lamp for those who spend the day in front of a camera broadcasting on Twitch or YouTube. That’s Litra Beam.

The Litra Beam is a lamp that takes up very little space and can be placed in various positions on the table. Among its features, it has that we can customize the intensity of the light and its color temperature (2,700 K to 6,500 K) from the same lamp.

It works connected to the computer via a two-meter USB-A to Type-C cable that comes in the same product box. It consumes very little (a USB 2.0 gives enough power for its operation) and its operation is very simple.

The possibility of placing the lamp vertically or horizontally, in addition to being able to lower and raise it in height, allows us to accommodate it on the table as we wish: behind the monitor, on one side as a gooseneck, buying two and using them as spotlights on both sides. of the table…

The new A30 are the company’s TOP gaming headsets released to date. They have 40mm drivers, a removable unidirectional microphone and wireless technology. Logitech LIGHTSPEED 2.4GHz and Bluetooth

This means that they can be used in almost all gaming systems in the world: PlayStation 4, PlayStation 5, Xbox One, XB Series X|S, Nintendo Switch, PC, Mobile, iOS and Android.

In addition to offering great flexibility in connecting wirelessly to your favorite gaming device, gamers can also mix and equalize audio from multiple devices at once, adjusting each source independently to their liking.

Players can connect to their PlayStation 5 via LIGHTSPEED 2.4 GHz, while listening to Spotify on their phone via Bluetooth.and at the same time have your Switch ready and connected via a 3.5 mm auxiliary cable.

This way you can go from your living room to where your PC is installed and connect your A30 to your computer without problem with LIGHTSPEED 2.4 GHz while connecting to the Steam Deck via Bluetooth.

In another order of importance, Logitech has released a set of steering wheel plus pedals called Logitech G PRO Racing Wheel and Pedals. This set is the most advanced of the company launched to date, after a decade dominating the simulation sector.

In addition to this pack, Logitech has presented its G Cloud, the console that works with Android to run Android games and games in the cloud. It is the answer to Valve’s Steam Deck but in cloud mode and without being so ambitious. 12 hours of autonomy and 450 grams of weight.

Price and availability of Logitech peripherals

The microphone and LED light will be available from September 21, 2022 in the United States, Canada and some European countries, including Spain.

As for the Astro A30 helmets, these will arrive in October 2022along with the rest of the company’s gaming peripherals.

With all these announcements, Logitech closes a really interesting catalog for this end of the year and the beginning of the next. Without a doubt, the most interesting, the professional microphone with XLR connection. We are looking forward to being able to launch your analysis.

iPhone 14 Pro narrowly missed the title of the best camera phone in the world!