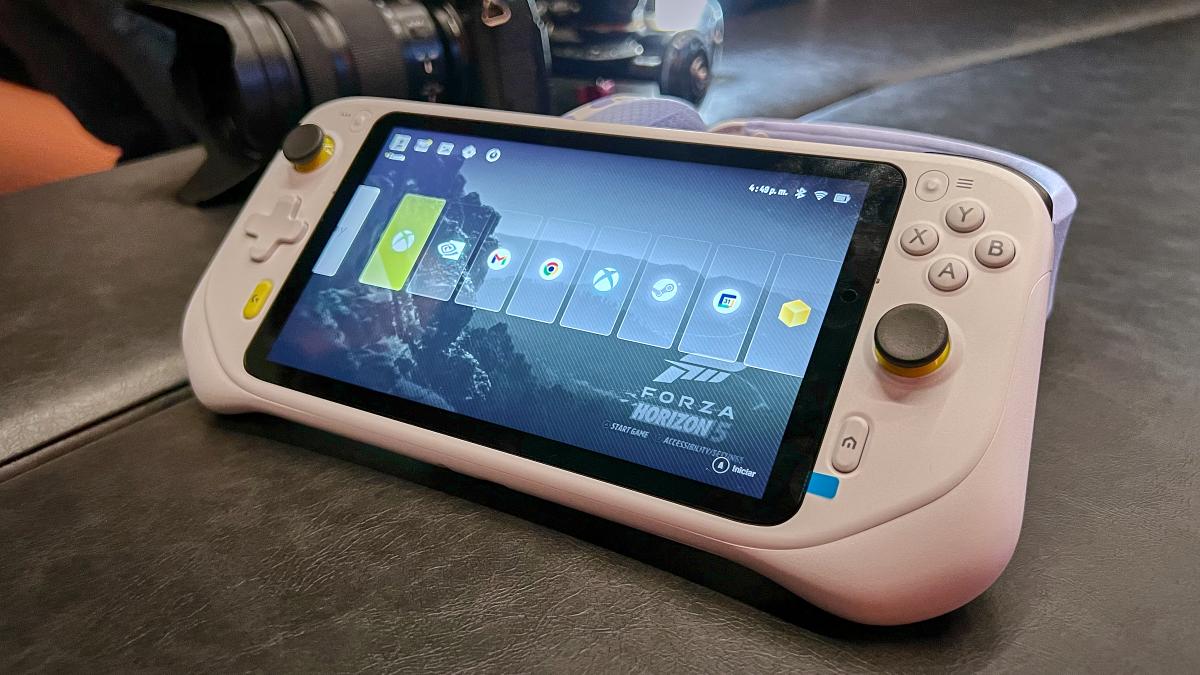 Logitech has organized its LogiPlay in Berlin, a meeting dedicated to video game culture and the creation of streaming content in which the brand has presented its new portable console designed to play in the cloud.

Initially, the event was going to present its new professional microphone for streaming content creators. Blue Sona and the new gaming headphones under the brand Astro A30.

However, Logitech had us prepared a Easter egg in the form of confirmation of the rumors that a few weeks ago pointed to the development of a new portable console in the style of Valve’s Steam Deck.

The new portable console has been designed from the ground up by Logitech in collaboration with Microsoft, Nvidia and Tencent in order to become the reference when playing remotely with native support for platforms such as Xbox Game Pass, Nvidia GeForce Now or Google Play.

We have been able to spend some time playing with it and testing some of its main features and these are our first impressions of the logitech handheld game console.

The first feeling when picking up the Logitech G Cloud between the hands is the one that fits perfectly into place, leaving room for the thumbs to move around the two levers, while the index fingers are placed on the pair of triggers located on the top.

Under the lever of the left hand we find a crosshead, while on the one of the right hand the XYAB direction and action buttons with haptic response are located.

At the bottom we find a button on each side of the screen that allows access to the Home screen of the consolefrom which a mosaic is displayed with the main streaming game apps, recommendations with direct access to the most outstanding titles, while the other button accesses the device settings.

The grip is strengthened with a rough surface on the rear and some good quality plastics that leave a good feeling in these first impressions of the Logitech G Cloud.

As you can imagine, the international media that gathered at the LogiPlay event did not give respite to the new console that we had in our hands, which passed from one to another without giving it a break.

However, during the time that we were able to spend playing some titles with her we do not appreciate an increase in temperature on the back of the consolewhich reveals good thermal behavior of your hardware during long gaming sessions.

The absolute protagonism has its 7” IPS touch screen with 16:9 formatFull HD resolution (1,920×1,080 pixels) that leaves a 315 dpi density. The screen shows a refresh rate of 60 Hz, automatic brightness sensor and a 450 nits average brightness.

We do not consider it to be a bad screen, but of course it is far from the image quality provided by devices such as the Nintendo Switch with an OLED screen, but it is not bad at all considering that Logitech claims to achieve up to 12 hours of gameplay on a single battery charge.

Officially inside beats a Qualcomm Snapdragon 720G processor, a processor that is surprising because it is not exactly a recent model. However, in our preliminary tests the CPU Z app detects the chip as a Snapdragon 732G at 2.32GHz with a GPU adreno 618 supported by 6 GB of RAM and 64 GB of internal memory.

Nor does it clarify the test too much with the Geekbench 5 test, whose result closed with a score of 546 in Single core Y 1,641 in Multicore. This result is within the limits expected by both processors, so it is not conclusive, although it would be more credible in a Snapdragon 732G.

In his defense we will say that with these early versions it is possible that different configurations are being tested to adjust the appropriate processor in the final version that will hit the stores.

We have had in hand a portable console designed to play anywhere, anytimeso it does not lack a detail in terms of connectivity with support for dual-band WiFi ac 2×2 MIMO, USB C 3.1, Bluetooth 5.1, headphone jack and a micro SD card slot.

Software and gaming experience with the Logitech handheld console

Under a good aesthetic layer we find a software based on Android 11 which does not always offer the best of navigation options. The console sometimes gets stuck with interface controls and either it does not recognize the touch gestures on the panel, or it does not correctly apply the selection of options with the physical buttons.

Once again, when downloading it, we must bear in mind that we are still dealing with one of the first versions, so we assume that the software may include obvious bugs which cause unstable behavior and some of the apps were still in beta.

when executing geforce now games o Xbox Game Pass Ultimate is where a little more power is missing and the games take a little longer than reasonable.

Again, we must take into account the environment in which we tested it, with a Wi-Fi connection that is not very buoyant in terms of speed and with saturated frequency bands due to the pressure of thousands of devices connecting to the same Wi-Fi network and using end of it.

In any case, jerks made an occasional appearance and the games took a little longer than expected to run. However, all this is worth it as long as you play titles like Halo Infinite, Forza Horizon 5, Fornite, Sea of ​​Thieves or Destiny 2 anywhere and with good graphic quality, it’s priceless.

By the way, Cyberpunk 2077 gave error in the unit we testedalthough that is not a novelty even in more than consolidated teams.

At the time of publishing these first impressions we do not have official confirmation on the arrival date of the Logitech G Cloud to the European market, estimating its arrival in the first months of 2023.

However, official sources indicate that it could start shipping to American stores from October 2022 with a $349 introductory price.

For the end of the French Days, the Xbox wireless controller is at its best price

This is the first look at Nier Automata anime, check it out