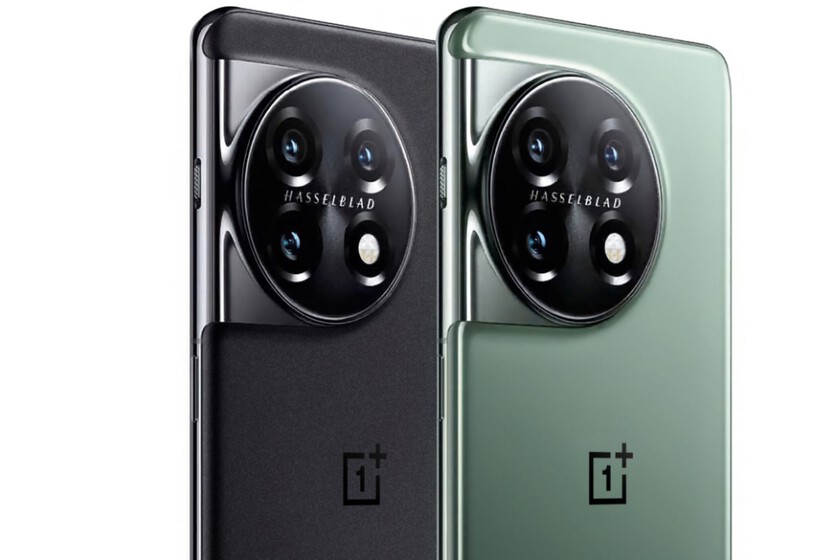 Share
Facebook Twitter LinkedIn Pinterest
In September we attended the first leaks of the OnePlus 11 Pro, already revealing its design line and with the odd loose specification. All this, from the hand of the prolific leaker OnLeaks, who has once again staged this device with new images and data about its features.

In the absence of it being official, something that will happen already in 2023, the highest range of mobiles is preparing to receive the new flagship of OnePlus. And in line with the leaked specifications, this is not a way of speaking, since its components claim it to be so.

Has been GadgetGang the means that, thanks to the aforementioned OnLeaks, has exclusively published the new images of the OnePlus 11, which is what they literally call it, although its specifications make us imagine that it is a ‘Pro’ version. Nothing changes in the renders compared to those already seen, although now we can see Two colors (black and green).

Continuing with the design, we once again witness the return of the Alert Slider, something that was already intuited to happen despite the disappearance of this element in the OnePlus 10T. According to the aforementioned sources, the screen would be a 6.7-inch AMOLED panel what would you offer QHD+ resolution at 120Hz.

The brain of this device was already intuited from previous leaks, only then the chip had not even been presented. Now we officially know what the Snapdragon 8 Gen 2being the best of Qualcomm and that in this terminal it should have enormous performance if we take into account that the latest leak suggests that it will have a RAM up to 16GB.

Nothing, but nothing would go wrong in terms of battery with a 5,000mAh capacity and one fast charging up to 100W. And although there are already faster charges, the truth is that 100 W is not common in terminals with such a battery capacity, so it would serve to balance that autonomy-charging time relationship.

We return to the back of the device to mention that it will come with a set of cameras signed by Hasselblad and that it would make available to the user a 50-megapixel main lens, a 48-megapixel wide angle and a 32-megapixel telephoto lens. On the front would be a 16-megapixel selfie camera.

No less prominent is the fact that it will have OxygenOS 13 based on Android 13. Although the news here is that will be guaranteed 4 years of updates, since it would be one of the first winners of the recent promise of updates from OnePlus. We remember that the brand confirmed that “some” devices would begin to have this support longevity from 2023 and it is expected that the OnePlus 11, being its high-end, will be among those selected.

In any case, we insist on emphasizing that these are still leaks. And as accurate as the source of this information is usually, there are still some details to be known from OnePlus. According to these same sources, it will be in the first quarter of 2023 when this terminal is officially presented.