Lowi gets out of the car 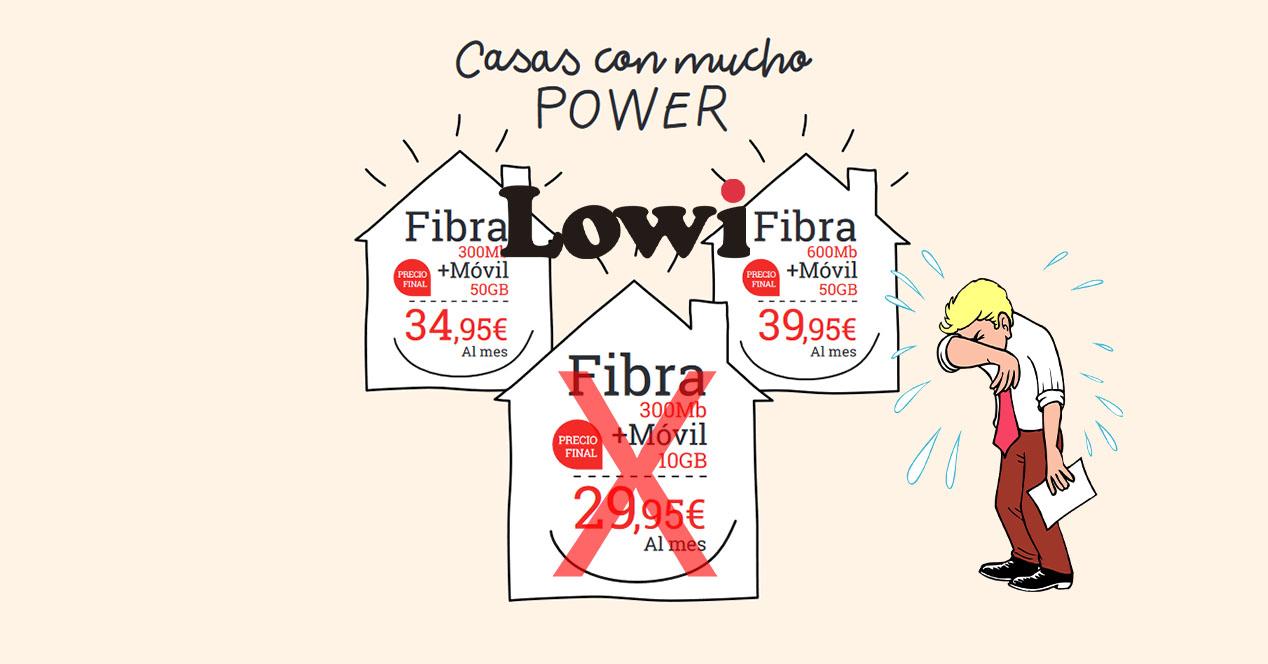 Share
Facebook Twitter LinkedIn Pinterest
Like every operator, the rates are changing over the months. On some occasions, interesting offers are added that compete for price and service with other telecommunication companies. However, in other cases, we have to say goodbye to the cheapest options of the operator. And that is exactly what has happened with Vodafone’s Low Cost company.
Specifically, Lowi has gotten off the bandwagon of offering fiber + mobile for just 30 euros per month. And it is that finding a good convergent offer with both services at that price is not always easy. And now we will have it more complicated after this telephone company has decided to say goodbye, for now, to this combined rate.
Contents hide
1 Goodbye to the fee of 30 euros
2 Why does Lowi make this decision?

Goodbye to the fee of 30 euros

Starting today, November 24, the Lowi’s convergent rate catalog has changed. The only and biggest loss has been its rate that offered us fiber and mobile for just under 30 euros, specifically, 29.95 euros per month. And although it was not one of the best offers, we had the option of having 300 Mbps of fiber and 10 gigabytes for the mobile. However, Lowi has decided to do without it and, for now, we will only have the following three combined rates on its website:

However, the only big change that we have been able to find has been in its convergent rates, since in the mobile only or fiber only offers Everything remains the same on the website of the low cost operator. The options offered by the telephone company to be able to add up to four mobile lines additionally to the combined rates have not changed either. However, it must also be taken into account that Lowi has eliminated the option offered in multi-brand fiber stores with 300 Mbps + 20 GB for mobile phones for 31.95 euros per month.

Why does Lowi make this decision?

As a result of the latest news that we have been learning over these weeks, related to the price increases of the most important operators, such as Movistar or Vodafone, although they will probably not be the only ones, it seems that Lowi has decided not raise prices, but remove the cheapest fiber and mobile options.

In this way, although I would stop being in the bandwagon of convergent rates for 30 euros, the truth is that they would not go up in raising prices to their customers either. Something that is quite unpopular among users. And more when the services offered have not been improved at all.

Something similar is what we saw at the beginning of the month with the final goodbye of the cheapest convergent rate of O2. In that case, it also cost 30 euros, although the services were somewhat poorer, it offered 100 Mbps of fiber and 10 gigabytes for mobile phones. Therefore, more and more operators are saying goodbye to your cheap fiber and mobile rates.