Mario Kart 8 deluxe confirms its third wave of track, we tell you what they are 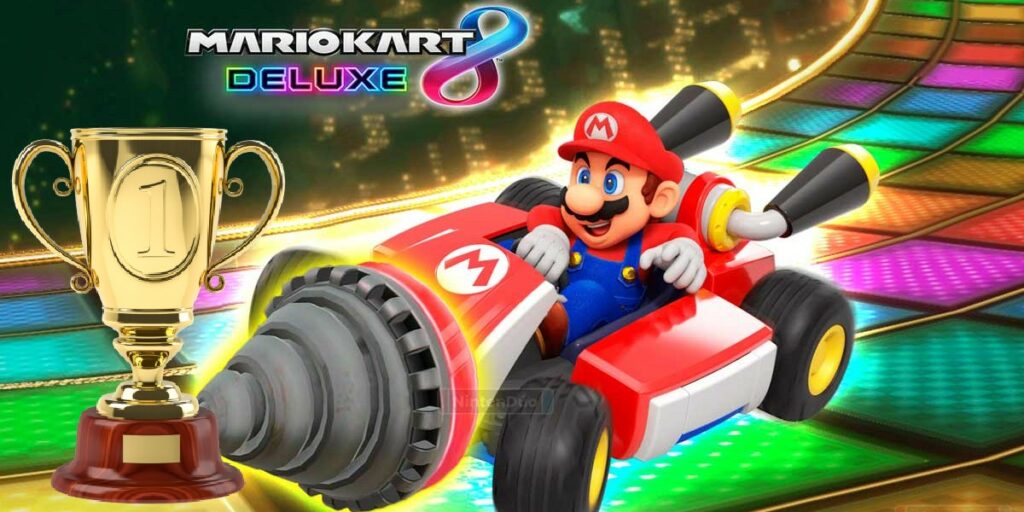 Nintendo had previously announced in September that wave 3 of the Booster Course Pass would arrive “this holiday.”

Courses include remakes of classic tracks from across the game series like Super MK, Mario Kart 64, Double Dash, Mario Kart Wii, as well as handheld entries and the Mario Kart Tour mobile game.

Players who subscribe to the Nintendo Switch Online Expansion Pack receive access to the DLC as part of their subscription.

These are the new tracks of Mario Kart 8

Nintendo has confirmed that the DLC will arrive on December 7th and revealed the full track list:

Beat up your rivals as you race through familiar landmarks and reach first place on this England-inspired course that originated from the mobile game Mario Kart Tour.

Get your feet wet on this spooky Boo-filled track set on a haunted lake on this course that originated from Super Circuit!

Tight, careful turns and bouncing rocks abound on this high-altitude course. Here’s a mountaineering tip: Ride a ramp over a warp tube to put some wind in your sails!

Watch out for falling Whomps and Thwomps as you zip through the stunning views on this course that originated from Mario Kart Tour.

Birdsong, Chain Chomps and fields of flowers bloom on this course set in the vast gardens of Peach’s Castle from Mario Kart DS! Can you see all the familiar topiaries?

Hit the halfpipe and climb the snowy hills in this enchanting and festive Mario Kart Tour course featuring oversized candy canes and loads of wrapped presents. And… is that a flying sled?

Look up at the sky: it’s… Mario! Rainbow Road winds and twists around multiple planetoids in this celestial course that originated in MK 7 on Nintendo 3DS.