MásMóvil repeats its second month losing mobile lines due to portability, although it compensated with the net gain of September 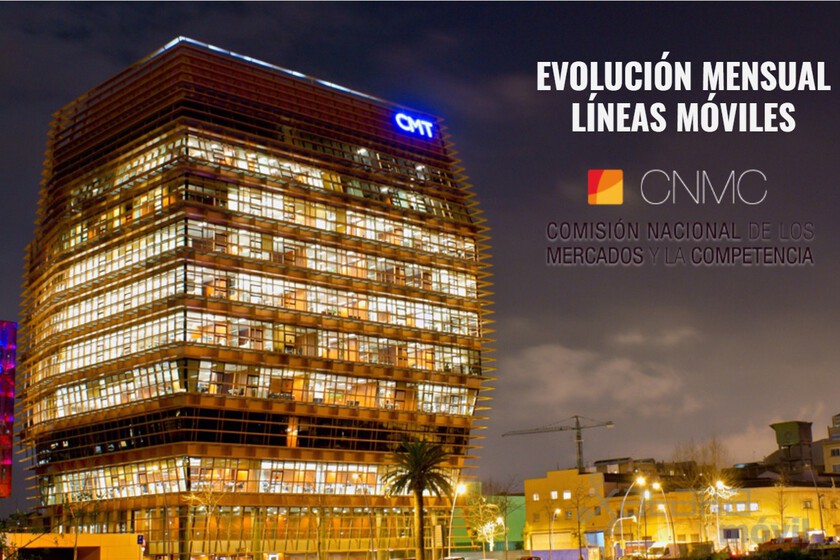 Share
Facebook Twitter LinkedIn Pinterest
Complementing the analysis of the state of fixed broadband, it is the turn to analyze the official data from the CNMC on the evolution of mobile linescorresponding to the month of September 2022, which has allowed the market to grow 3.3% more than a year ago, reaching 57.37 million lines. During September, the global calculation of the entire market has meant a gain of 263,074 lines, thanks to the increase of 145,277 contract lines and the unusual rise of 117,797 prepaid card lines.

From the data published by the CNMC in reference to the mobile telephony market, two views can be distinguished: the portability results with the lines that change operators keeping the same telephone number, and on the other hand, the net line profitwhich, in addition to portability, takes into account the lines registered with a new number, and the lines that have been cancelled.


To analyze the trend of each operator with a more global vision, we are going to compare the results obtained in September for the last four years and the accumulated so far in the year 2022.

Contents hide
1 Movistar contributes 46% of lost lines through portability, Orange 31%. MásMóvil 19% and Vodafone 4%
2 Everyone wins net lines in September, but it is Vodafone who sweeps

The Mobile portability in September was 590,366 lineswhich is 10.7% less than the volume registered in the same month of 2021. This month, Movistar lost 26,000 lines despite already being the fifth month with the new miMovistar offer in force, Orange has lost 18,000 lines, Vodafone 2,000 Y MásMóvil lost 11,000 lines, its worst historical record.

After several months marking minimums in mobile portability, MásMóvil chained its second month in September losing mobile lines. The only ones that managed to grow in the middle of summer were the independent MVNOs, which gained more than 57,000 lines.

Of the lines lost in the accumulated year, 50% belonged to Movistar, 35% to Orange and 15% to Vodafone. On the opposite side, MásMóvil has increased 43,000 lines, although the group of independent MVNOs are the most sweeping, with more than half a million lines gained in portability.

Refering to trend with respect to the same month of previous years, especially MásMóvil worsens, and more timidly, also the independent MVNOs. Movistar, Orange and Vodafone improved their trend, but it is still in negative numbers. Everyone wins net lines in September, but it is Vodafone who sweeps

As we said, the net gain of lines includes, in addition to the portability data, the additions of new numbers and the cancellations of lines. But despite being a more global data, it usually suffers notorious temporary fluctuations due to the way that the CNMC has of counting as casualties prepaid lines that have been without activity for three months.

In the month of September, possibly due to the substantial increase in prepaid lines, all the operators have managed to close the month with gains in lines, although the most benefited have been the MásMóvil Group, Vodafone and MVNOs. More discreet were the gains of Orange and Movistar, whose difference compared to the portability data is not so noticeable. As a consequence of the previous data on net profit and the concentration of operators, the market shares that continue to shorten distances between Movistar and Orange, which are 2.93 million lines apart, Vodafone reduces the gap with Orange, separating them by about 0.18 million lines; while MásMóvil is 0.86 million lines away from reaching Vodafone.