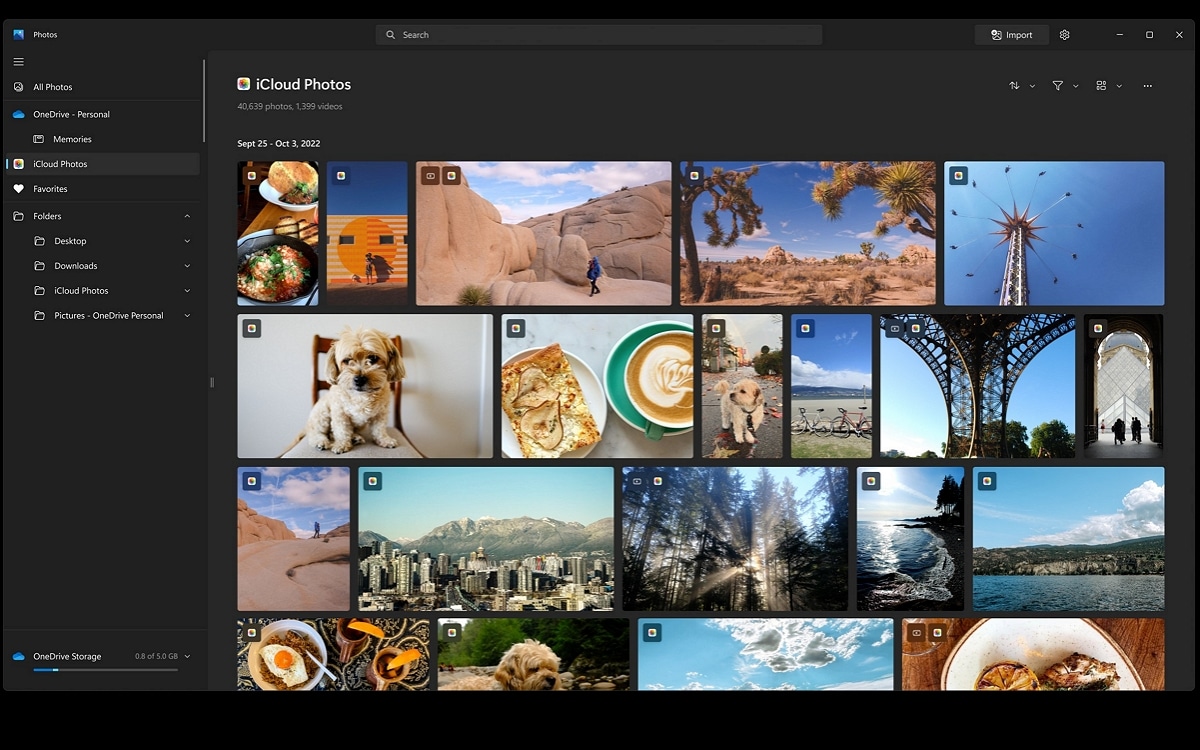 At an event dedicated to Surface computers last night, Microsoft announced integration of Apple’s iCloud storage service into Windows 11’s Photos app. After installing the iCloud for Windows app from the Microsoft Store and choosing to sync iCloud, iPhone users with Windows devices will be able tot see their iPhone photos and videos in Photos.

This announcement is great news for iPhone users who don’t have Mac computers. It also arrives just after the announcement of the arrival of Apple Music on Xbox Series S and X, but it is now Windows 11’s turn to take advantage of it.

When will Apple’s apps be available on Windows 11?

Microsoft is bringing iCloud Photos integration directly to the Photos app update that started rolling out to Windows 11 Insiders a few weeks ago (build 2022.31100.9001.0). Your iCloud photos will appear alongside photos from other sources in the new ‘All Photos’ gallery view, as well as a separate page that you can access from the side navigation pane. Previously, Windows users could download a copy of their iCloud photos using the iCloud for Windows app, but the process was rather time-consuming and complicated.

Additionally, Microsoft announced that the desktop versions of the Apple TV and Apple Music apps will be available for download from the Microsoft Store for personal computers running Windows in 2023, but that the first beta versions of these applications will be launched soon.

This will be a major change for users, since so far, Apple recommended visiting the official website tv.apple.com in a web browser to access TV content. For their part, Apple Music customers could go to music.apple.com.

As a reminder, Apple killed iTunes a few years ago by separating the platform into a few applications, such as Apple Music, Apple TV and Podcasts, and it is only today that Apple finally decides to unveil new native apps for Windows 11 users.