Microsoft has slipped a new Windows design that we haven’t seen so far. And it can arrive with the new great version in 2024 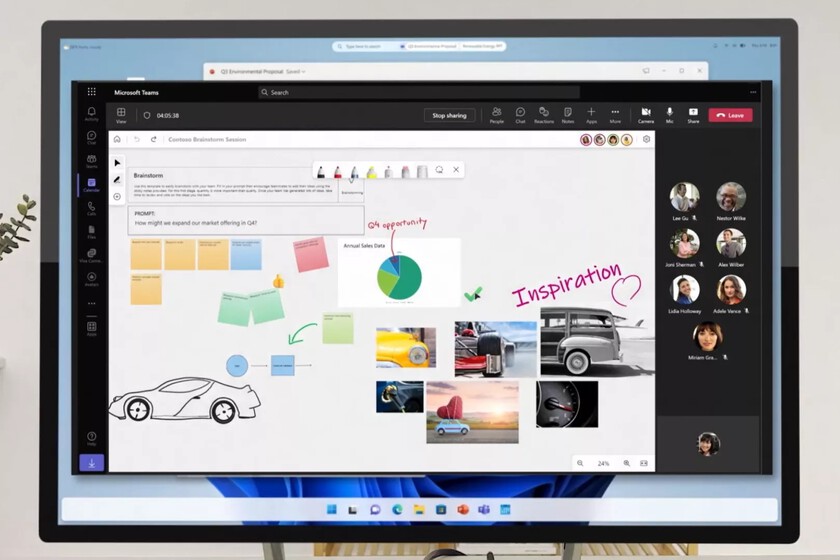 After the release of Windows 11 22H2, it is no mystery that Microsoft is already working on the next version of Windows, which would be returning to a development cycle of three months as we learned. That is why the next version would be scheduled for release it sometime in 2024.

And although we are aware that there is still a lot of time left for this release, Microsoft has given some hints of what will end up coming in regards to the interface. This was discovered by several viewers who viewed the company’s Keynote the day before yesterday, where they could see a clipping that showed an updated Windows interface that was really interesting.

In these images that have been published, especially on Twitter, you can see a significant change to the bottom taskbar becoming floating, resembling much more to macOS. In addition, the system icons would be located in the upper right part and in the upper central part a floating search box would also be seen.

All this gives it a very different design than what we currently have in Windows, and without a doubt it may be strange that it was shown in an official presentation of the company. That is why the networks have been plagued with questions about whether this is real, or has been an invented design by those responsible for the presentation that was happening.

As reported by the sources that have been collected in Windows Central, it can be said that this is a design that is currently in the minds of Microsoft programmers for the next version. Although this is the design that they hope to aim for by 2024, but there may be many changes if they do not manage to develop it as it was shown. The goal you can reach having this new interface is to make it much more accessible for those who have a touch screen computer or a tablet. But obviously you have to always keep in mind that it will also be used with a keyboard and mouse and that is why it is very complex to combine both systems.

At the moment we are left with this type of interface as a simple prototype that still has to evolve and bring it to reality in the year 2024. Although, what we are seeing may be a solution that ends up combining both input systems on one computer, solving the errors that were made with Windows 8 that was too touch-focused.