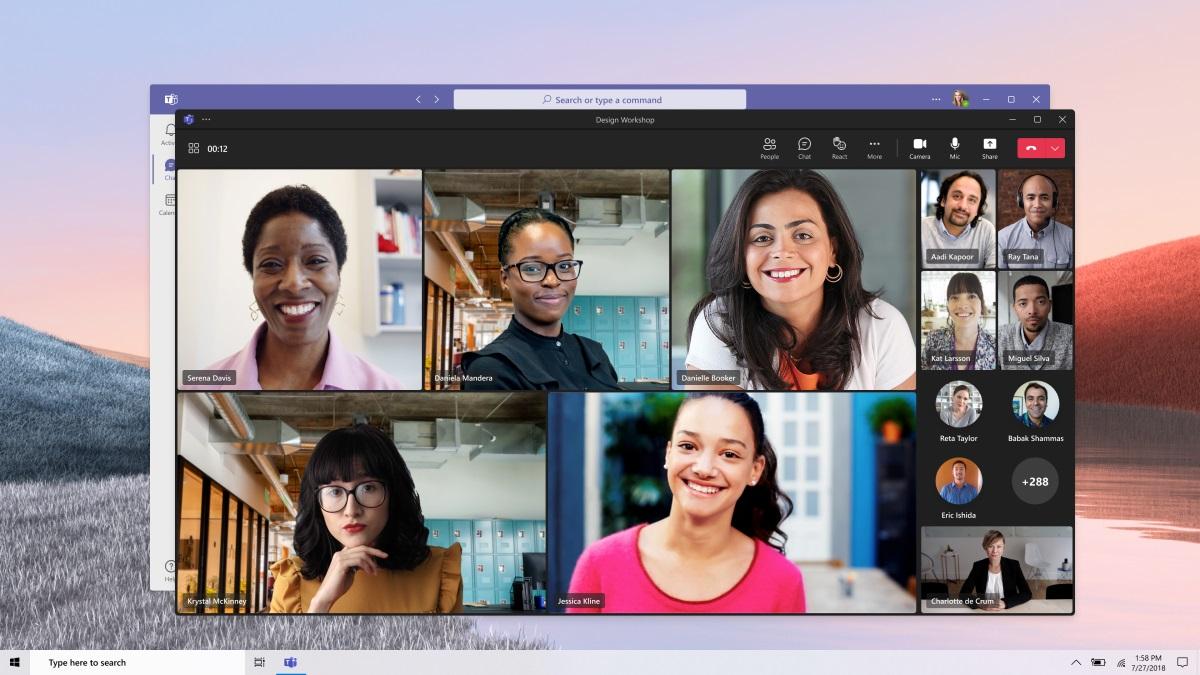 Share
Facebook Twitter LinkedIn Pinterest
Telecommuting has become an unavoidable work modality. It saves the company money, it saves the worker money and everyone stops wasting time in traffic jams on the way to the office. To improve this tool, Microsoft has looked to artificial intelligence for help.

When we talk about video calls we usually think of WhatsApp, zoom either Skype. But the reality is that there are many more. apps to perform these tasks. For example, Microsoft Teams. Microsoft’s tool is used by millions of people and it’s about to get better.

Microsoft Teams is one of the most used online collaboration tools in the world, especially in those companies that practice the usual hybrid model. As such, Microsoft regularly makes improvements to the software, while adding new features.

Now the firm has detailed a new initiative powered by artificial intelligence (AI) to make Teams calls sound better, especially in poor network conditions (which is common when we work through WiFi networks).

For those who don’t know, audio content in a Teams call is sent over what are essentially data packets. And these packets can be lost due to poor internet connectivity, causing the audio to be distorted. This happens in all apps.

While Microsoft can’t really fix your Internet connectivity issues, what it does in Teams is take advantage of a technique called Packet Loss Concealment (PLC) to make your voice sound artificially better in difficult network environments.

at a very high level, PLC uses an AI model to identify missing packets in your audio stream and then fill in any gaps through predictions.

Microsoft claims that it has used deep learning techniques to achieve this improvement.. The company says that while traditional models can fill gaps of 20 to 40 milliseconds, its PLC for Teams model can fill audio gaps of up to 80 milliseconds.

Though Microsoft has trained its PLC model with 600 hours of open source dataWhat’s fascinating is that he’s also collected “millions of anonymous network samples,” or what he calls “traces” of actual Teams calls to test his model. Following the launch of the PLC model, participants with poor network conditions reported an improvement of around 15%.

Microsoft has stressed that its Teams PLC model runs entirely on-premises, and only when there is poor network quality. Either Skype and Zoom get their act together, or Teams is going to become the reference app for video calls.

So you can check the playback history of Netflix, Prime Video and Filmin