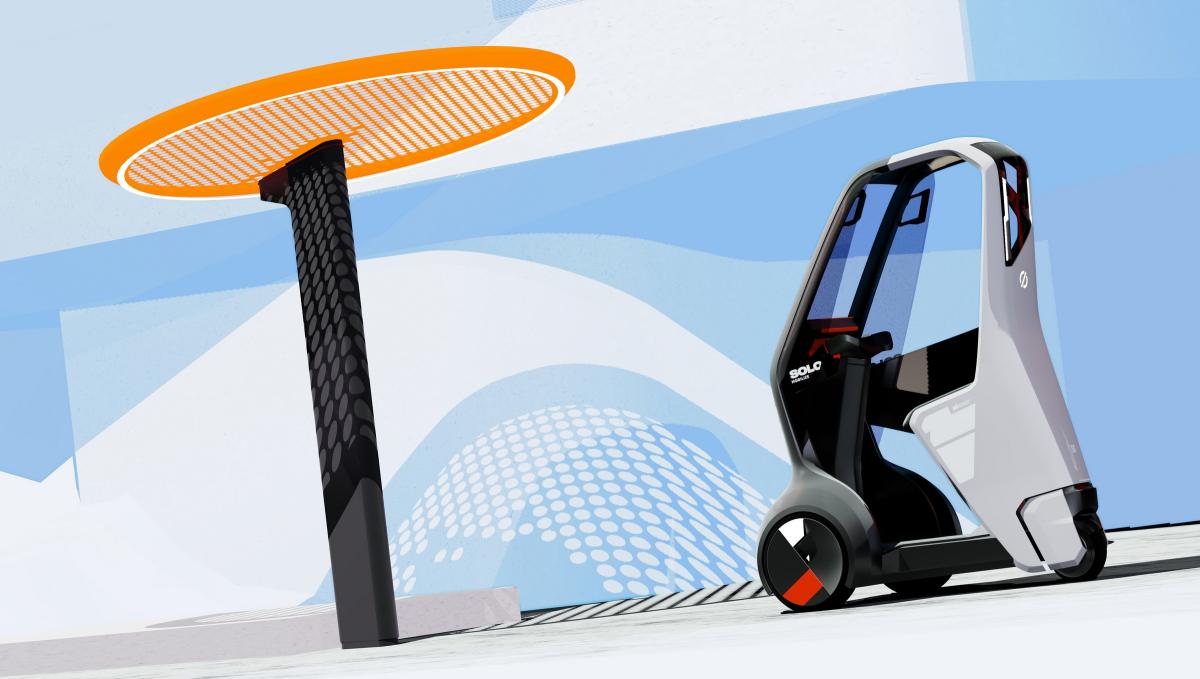 The Renault Mobilize Solo it’s a one-person three-wheeled vehiclewhich is handled with a joystick. It is only 1.37 meters long. Six Solos fit in a standard parking space.

Urban mobility tends towards electrification, and also to banish the nonsense of thousands of 5-seater cars circulating around the city with a single passenger, with the energy waste and pollution that this entails.

Mobilize Solo It is the proposal of Renault. A concept of single person electric vehicle three-wheeler, developed by Renault India, which has a reputation for designing highly inventive vehicles. In the press release Renault explains that the Mobilize Solo arose from a skateboard with an umbrella…

Although shaped like a car, this concept vehicle has the power and philosophy of a moped. Drive at a maximum speed of 25km/hY does not require a driver’s license.

Renault ensures that its main advantage is that it is much safer. The cabin protects the driver, and they also have an airbag. And a button on the foot that stops the vehicle completely.

The most spectacular thing is its compact design, which makes it one of the smallest vehicles ever designed. It measures only 1.37 meters long, 1.75 meters high and only 0.90 meters wide. They can park anywhere. Urban mobility in its minimum expression.

The Renault Mobilize SoloIn addition to being an electric vehicle that does not pollute, it is made with 50% recycled materials, and 95% of its components are recyclable. Just below the seat there is space to store a backpack.

As we said in the headline handles like a joystick, a nod to video games. Although nowadays joysticks are only used in aviation simulators. The two front wheels are powered by the electric motor, and the rear is used for turning.

Another curiosity is that Multiple vehicles can be recharged at the same time from a single outlet. One of them is connected to the current, and the rest are charged by induction, one to the other, wirelessly. They can also use swappable batteries, so you don’t have to wait.

Renault Mobilize Solothe single person electric vehicle which is handled as a joystickAt the moment it is a prototype that will be shown at the Paris Motor Show. The French brand has not yet decided if it is going to manufacture it.