Motorola unveils the Edge 30, a premium smartphone for less than 500 euros 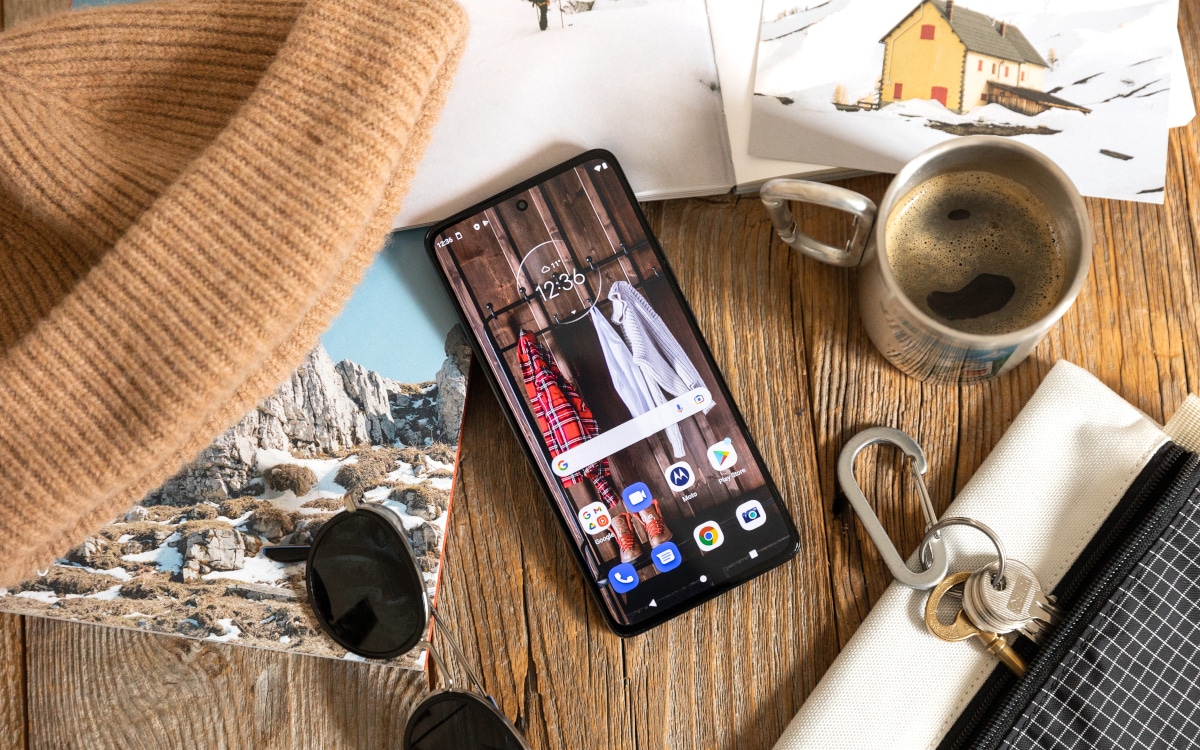 Share
Facebook Twitter LinkedIn Pinterest
Motorola unveils the Edge 30, a new premium smartphone for its catalog. Successor to the Edge 20, it supports the Edge 30 Pro, launched two months ago. Naturally less well equipped than the latter, the Edge 30 nevertheless offers a very complete technical sheet. Making a few small concessions, the Edge 30 wants to be, like its predecessor, a flagship of value for money. Presentations.

At the end of February, at the Mobile World Congress, Motorola presented the Edge 30 Pro, its new high-end smartphone, successor to the very good Edge 20 Pro. In March, we published its test which confirmed a new good vintage, even if the disappearance of the optical zoom of the photo module saddened us slightly. Today, the American brand is unveiling the Edge 30, its little brother and successor to the Edge 20, which we also really liked. Why ? Because it was extremely well positioned in terms of tariffs. So we were eager to check out the Edge 30 to find out if Motorola would iterate.

The Motorola Edge 30 is obviously a more mid-range than high-end smartphone, even if it surfs on both segments. It is offered to 499 euros, like its predecessor. For this price, you only have the 128 GB storage version, without the possibility of expanding with a memory card. For the greediest, there is a 256 GB model which will be available at the price of 549 euros. A premium which is not excessive, but which unfortunately puts the phone above the symbolic limit of 500 euros.

This phone will therefore find itself facing well-organized competition from the various manufacturers. It will be placed for example against Oppo, with the Reno (in particular the very recent Reno7), Realme with the Realme GT Neo 2, Xiaomi with the Pro versions of the Redmi Note 11, Samsung and its Galaxy A53 5G, Vivo and its V23 or the Honor 50 and the iPhone SE 5G.

Contents hide
1 The Motorola Edge 30 is 5G and WiFi 6E compatible!
2 The Edge 30 benefits from the dual 50 MP sensor of the Edge 30 Pro, but not its selfie sensor
3 A complete and balanced technical sheet

The Motorola Edge 30 is 5G and WiFi 6E compatible!

What do we find in the Edge 30 for this price? For its mid-range, Motorola chooses a screen of 6.5 inches. That’s a bit smaller than the 6.7 panels of the Edge 20, Edge 20 Pro, and Edge 30 Pro. The refresh rate does not change: 144Hz, the highest rate today in telephony. The Edge 30 also benefits from a slab pOLED and no longer AMOLED, like the Edge 30 Pro. Motorola therefore chooses here to standardize its range. 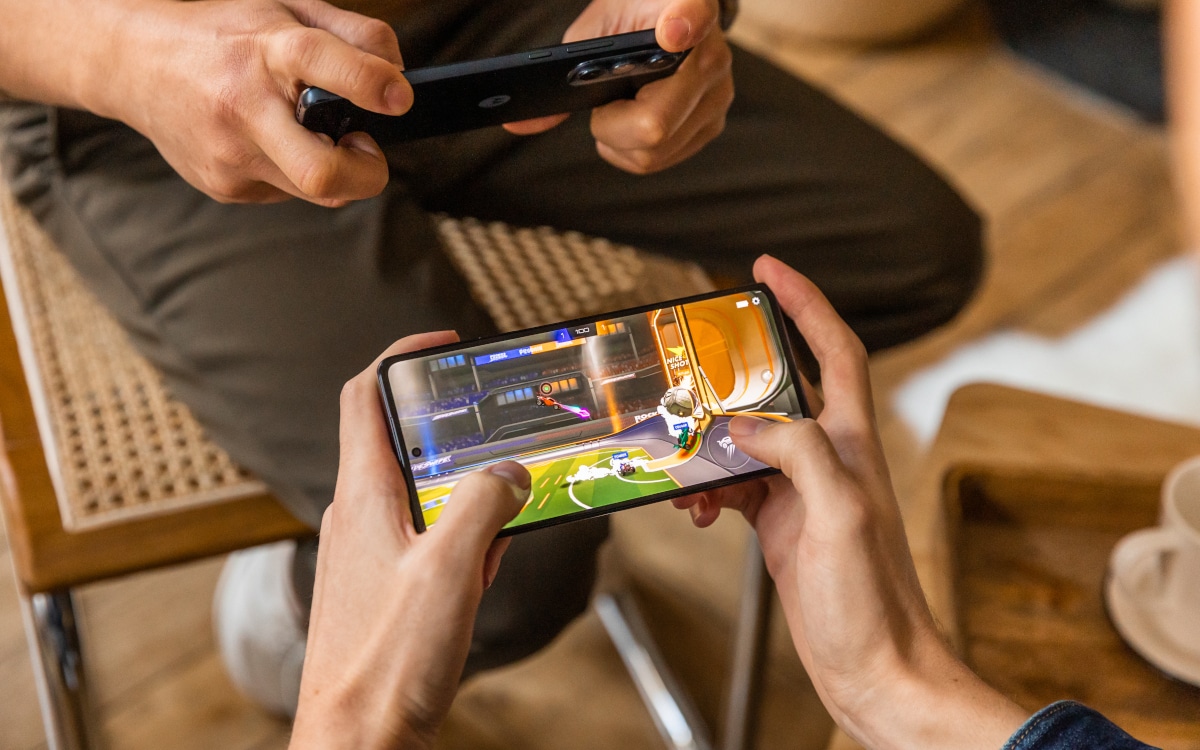 Under the hood, the Edge 30 is powered by the Snapdragon 778+. It’s a less ambitious SoC than the Edge 20’s Snapdragon 870. But it’s more energy efficient. Of course, it benefits from 5G, Bluetooth 5.2 and… Wi-Fi 6E. The presence of the latest generation of WiFi is good news, even if it is still rare to come across modems compatible with this standard. On the battery side, Motorola optimizes. The Edge 30’s battery capacity is slightly boosted (4020mAhcompared to 4000 mAh for the Edge 20) and the power of the load increases, but very little (33 watts, versus 30 watts). By comparison, the Edge 30 Pro got a 300mAh boost and the arrival of wireless charging. This is certainly the price to pay to keep a wasp waist: 6.79mm. Hopefully this won’t affect the range too much.

The Edge 30 benefits from the dual 50 MP sensor of the Edge 30 Pro, but not its selfie sensor

On the photo side, Motorola has bet on a triple sensor similar to that of the Edge 30 Pro. You therefore find a 50-megapixel main sensor, a 50-megapixel ultra-wide-angle module and a 2-megapixel sensor for calculating depths. The first is equipped with an optical stabilizer and phase detection autofocus. With Pixel Bining technology, the pixel size reaches 2 microns. The ultra-wide-angle lens opens at f/2.2. It is responsible for macros (up to a distance of 3 cm from the subject). On the other hand, for the selfie sensor, the Edge 30 does not use the new 60 Megapixel module of the Edge 30 Pro and opts for that of its predecessor, a model 32 megapixels with lens opening at f/2.2. 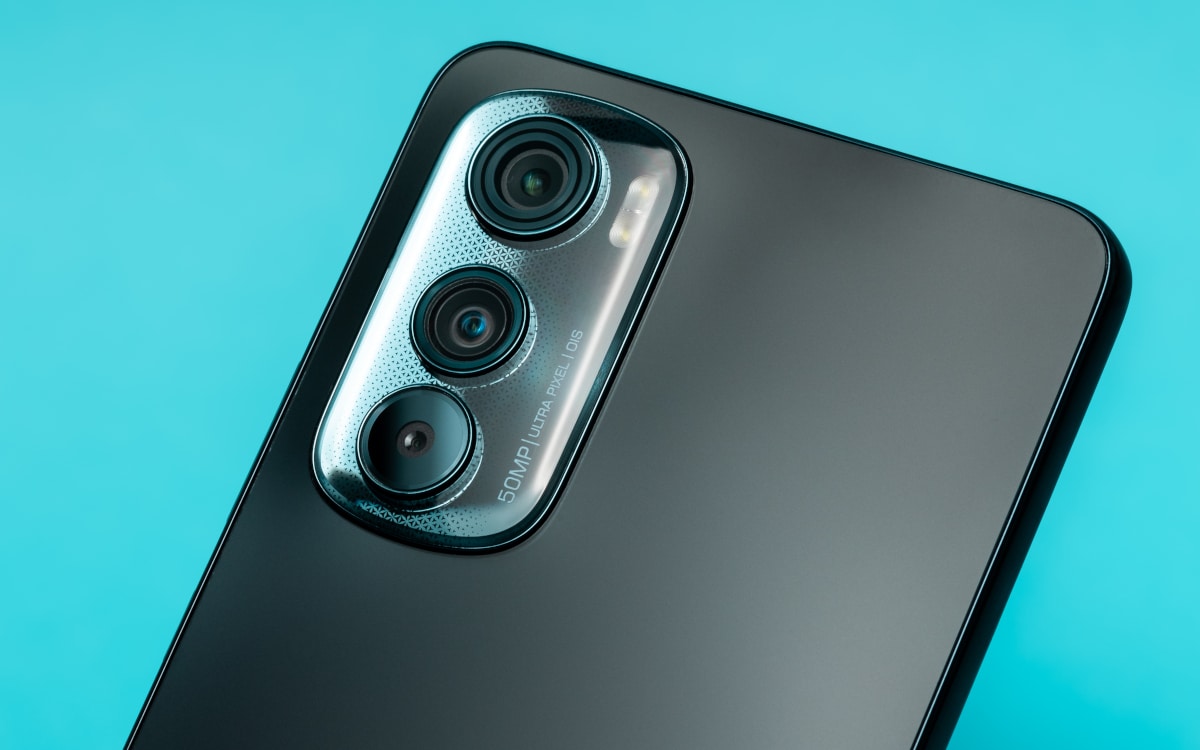 On the audio side, the Edge 30 has a dual speaker stereo, Dolby Atmos compatible, and two microphones. Like the previous models, the mini jack port is still absent. True to form, Motorola presents here a smartphone with the most recent version of Android, numbered 12. It will benefit from two major OS updates (i.e. Android 13 and Android 14) and 3 years of security patch. The smartphone will also be available in three colors: Silence, Mojito and Opal Silver.

A complete and balanced technical sheet

The technical sheet also includes a fingerprint reader, located under the screen and no longer on the edge of the phone, to which is added the unlocking by facial recognition. Like all Edges and some Moto Gs, the Edge 30 is compatible Ready For, this environment that transforms the smartphone into an extra computer. Similar to Samsung DeX, it allows Android apps to be used with a keyboard, mouse and display, the latter being connected to the Edge 30 with an HDMI cable or Miracast connection. The smartphone comes with its fast charger, a USB cable and a protective shell. 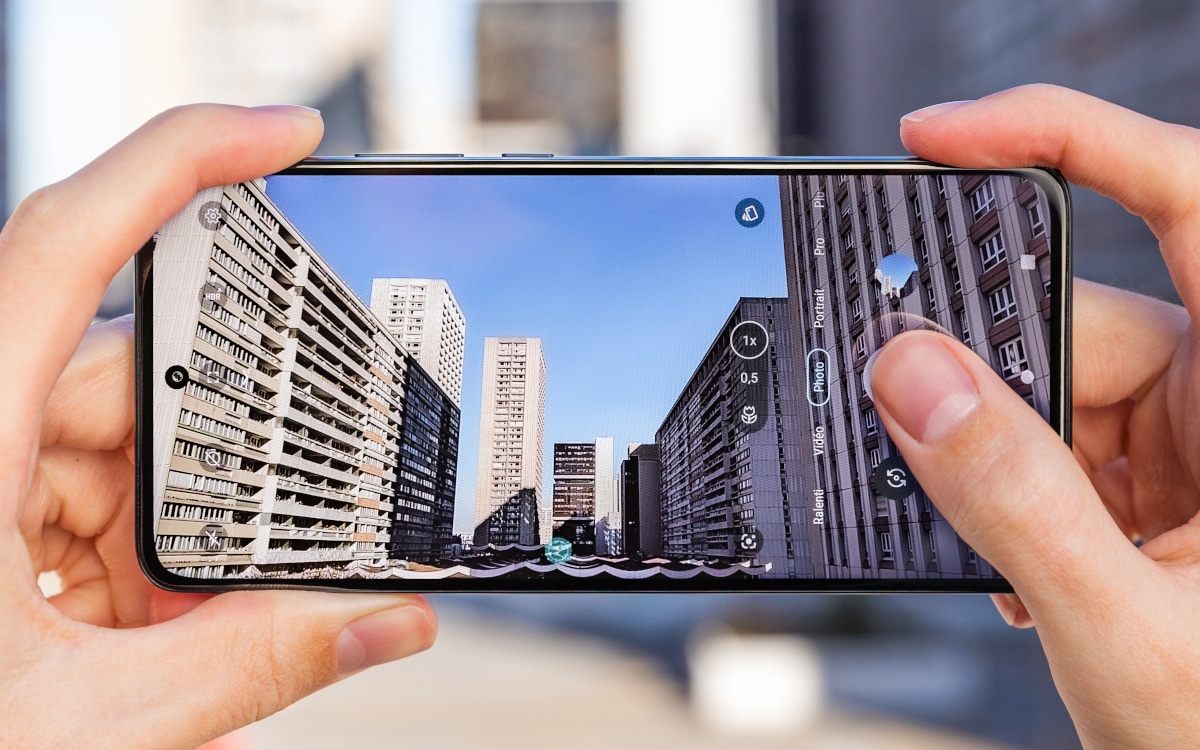 So here is a smartphone with a complete technical sheet and without major flaws. The Motorola Edge 30 will be released tomorrow, Thursday April 28, in online stores and will arrive on physical stalls in mid-May. While the 128 GB version will be offered by all brands and partner operators (Orange, Free, Bouygues Telecom), the 256 GB version will be exclusive to Motorola’s online store. The launch of the Edge 30 is accompanied byan introductory offer of 100 euros (immediate discount) on the 128 GB version and 50 euros on the 256 GB version.

Seven channels on Pluto TV to watch free series on your Smart TV, PC or smartphone

This device worth Rs 1,099 will find the stolen car in minutes, users will be able to track it with a smartphone