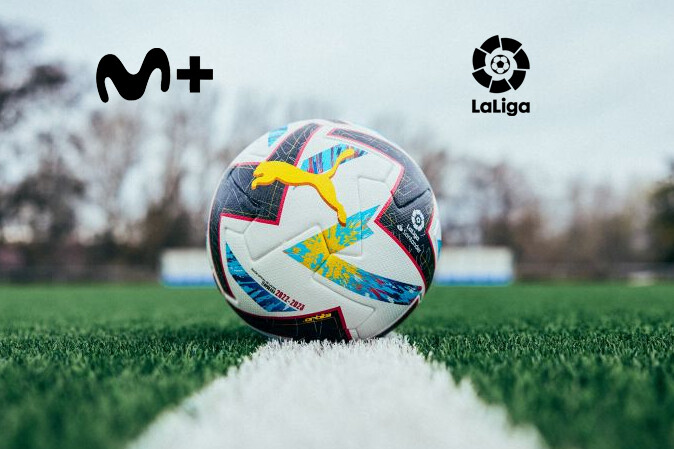 Share
Facebook Twitter LinkedIn Pinterest
The struggle of Movistar and LaLiga against the web pages that broadcast football without a license It is a battle that has been going on for many years. Last February, without going any further, a ruling in Spain authorized them to request every week to all Internet access operators the immediate blocking of websites intended for this purpose.

Now there is two new sentences that support them and that will be valid until the 2024/2025 season. On the one hand, LaLiga and Movistar Plus+ have won a joint lawsuit that affects the content of LaLiga, and on the other, Movistar Plus+ has also individually won another ruling that applies to the audiovisual content of the platform.

Just in time for the start of LaLiga

LaLiga and Movistar Plus+ have won the joint lawsuit filed by both entities before the Commercial Court No. 9 of Barcelona, ​​which enables them to be able to weekly block access to domains that facilitate the broadcast of LaLiga content illegally.

As detailed in the judgment of July 25, 2022, there are “numerous cases of digital piracy that flagrantly affect the exploitation of their rights”, through the use of “different models of piracy of audiovisual content on the Internet (especially sports content)”.

Therefore, it is legally authorized a “dynamic blocking” measure which will not be applied in a timely manner, but weekly with the new identifications of URLs, domains and IP addresses, without the need to previously communicate them to the court. The sentence will begin to apply next week, just before the start of LaLiga on August 12, and will be in force until the 2024/2025 season.

Websites can be blocked in less than 3 hours Movistar Plus+ has also won another similar lawsuit filed individually in the Mercantile Court number 6 of Barcelona. The judgment of July 27, 2022 establishes that Internet access telecommunications operators in Spain they have to block access weekly to domains “through which intellectual property rights would be infringed”.

This sentence is valid for three sports seasons, until the end of the 2024-2025 season, and also indicates that the blockade must be carried out in the maximum period of three hours from the notification of the new list (which is not necessary to present via court).

In addition, it applies to both the Movistar Plus+ platform and the OTTs with which Movistar has agreements. This means that this judicially enabled weekly pirate domain blocking mechanism protects all the contents of the Movistar Plus+ platform (channels #0 and #Vamos, Original series, programs, Movistar LaLiga, Movistar UEFA Champions and UEFA Europa League), as well as the contents of those OTTs with which Movistar has agreements (DAZN, Netflix, Disney+, Prime Video, ATRESplayer Premium, Mitele, LaLiga Sports).

DAZN fiasco at the premiere of LaLiga. Trouble watching football

Record yourself with Autotune for free thanks to these 4 websites