NASA has found organic matter on Mars, a key step in finding out if there was life on the red planet 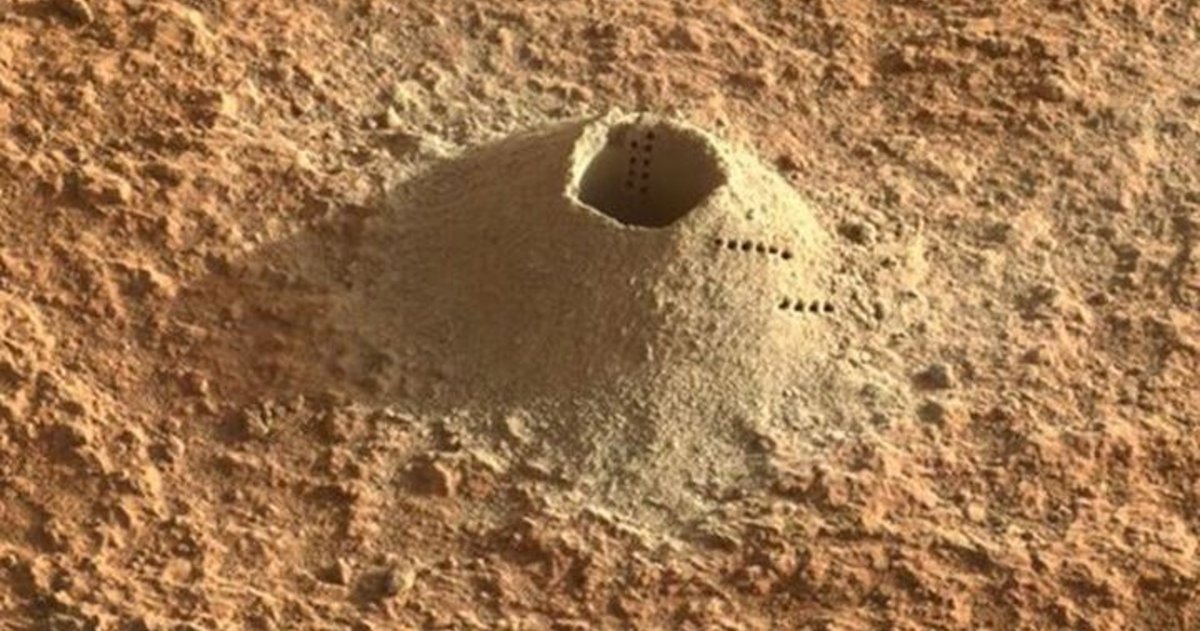 Share
Facebook Twitter LinkedIn Pinterest
Contents hide
1 The Perseverance rover has found rocks with organic material on the Red Planet. What if there was water and, with it, life on Mars?
2 Organic material that could reveal the existence of life on Mars

The Perseverance rover has found rocks with organic material on the Red Planet. What if there was water and, with it, life on Mars?

One of the main objectives in the medium term is to discover if, on Mars, there has ever been life. The search for this possible fact would allow establishing new lines of research to understand more about our neighboring planet. It is located in an area classified by researchers as habitable, but the truth is that evidence has been found that there could have been life, but currently there is not. The Perseverance Rover is in continuous work to achieve new tracks They help to solve many puzzles.

The collection of evidence does not seem to stop until the next decade, when it is expected to return to Earth with a whole series of elements of the surface of Mars. Among them, without a doubt, there will be a series of rocks extracted from an area that could have housed a volcano. Remains from volcanic matter have been found, as well as the presence of sediments that could indicate the presence of a whole series of key elements in research on the Red Planet.

Let’s see, therefore, what is the work that Perseverance is carrying out in an area of ​​this kind, why it is a key element when it comes to understanding life in circumstances other than those present on Earth and, of course, why a meticulous study of the 45 kilometer crater is being done in which this robotic unit is currently located.

Organic material that could reveal the existence of life on Mars

Mars is an enigma in every way. Is it alive today? Everything seems to indicate that it is not, but the Jezero crater could have the answer if there was in the past. Of course, we would be talking about a stage that would go back to 3,500 million years. To this end, research is being carried out Its main objective is to search for any sample that could contribute to clearing up some of the doubts of the scientific community that has been working on projects of these characteristics for years.

The Jezero crater was able to hold water one day after checking the composition of the rock present in its surroundings. Image: EITB

The presence of a higher concentration of organic matter would allow us to understand to what extent it is necessary to delve into new research. The search for evidence determining if there are traces of microbial life is very complicated in such an environment. Still, the Perseverance rover has managed to access one of the places where further collection could be done. There may have been life billions of years ago, but perhaps it would be concentrated in very specific points, according to CNN.

The delta, with its various sedimentary rocks, contrasts beautifully with the igneous rocks, formed by the crystallization of magma, discovered on the crater floor. Ken Farley, Perseverance Project Scientist at the California Institute of Technology

This formation of rocks with peculiar characteristics could demonstrate the presence of water in the crater millions of years ago. It would be, therefore, to deepen the investigation with the aim of establish new pillars in future research. After all, we are facing a Red Planet that has always aroused our curiosity due to the many secrets it apparently hides. Will the human being be able to establish a base on its surface? This is, without a doubt, one of the questions that cannot be answered yet.

This is how the AI ​​Stable Diffusion works, step by step, when creating images from text