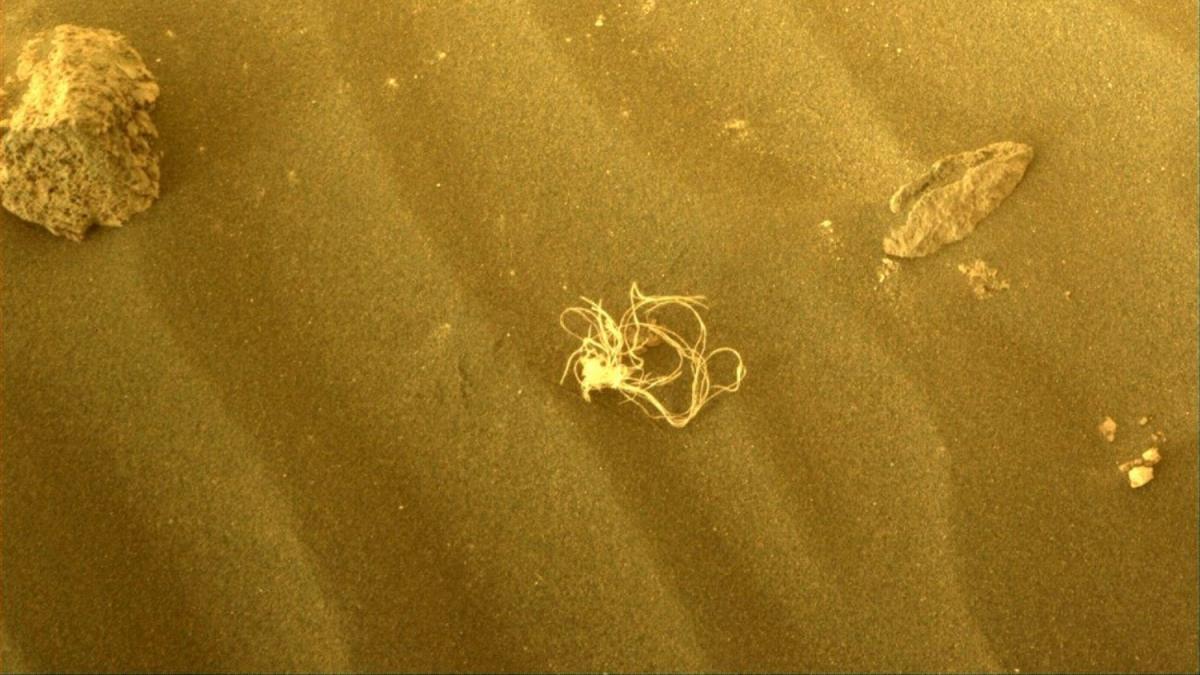 Mysteries are being solved sooner and, unfortunately, many times the explanations for this type of event are quite disappointing, as has been the case with the strange shapes found on Mars. In fact, in the list of objects found on the red planet there are elements such as, for example, a door or something similar to snake skin.

It seems that the neighboring planet is full of mysteriesIn fact, it surely is and that is why we continue with the arduous task of exploring it until we reveal all its ins and outs. Of course, sometimes the imagination and the speed at which news spreads makes elements that would normally be overlooked grab headlines on a large scale.

This is what has happened with the ‘spaghetti’ found on Mars and that, as a joke, many commented that Italy was at the forefront of space exploration. Unfortunately, this is had to remain a joke and, that is, NASA has finally managed to find out the nature of this object.

It was the Perseverance rover that sent us this image during its routine maneuvers regarding space exploration, turning Mars into the planet of pasta. But alas, the situation is not as comical as imagining an Italian restaurant on Mars. In fact, this object is made by human.

There is no spaghetti on Mars, what there is is garbage and it is the property of humanity. NASA has had the courtesy to comment on the nature of this object, being a polyester net known as Dracon that is used in the manufacture of objects such as, for example, thermal blankets and that it has appeared on Mars due to some exploration.

It is completely unknown how it came to be on the Martian surface, but it is clear that there is no polyester factory on Mars so in some of the incursions it could have arrived accidentally. Space debris is a fairly serious problem at a general level and, it is that, a point has come in which there is a large amount of debris in space.

This debris causes concern at a general level since at some point it will fall back to Earth and, furthermore, when carrying out different launches it has to be calculated with greater precision to prevent these elements from interrupting the moment in which the rockets leave Earth’s atmosphere to enter outer space.

NASA will send an iPad to the Moon

NASA sends an iPad to the Moon this month, to test Alexa during the flight