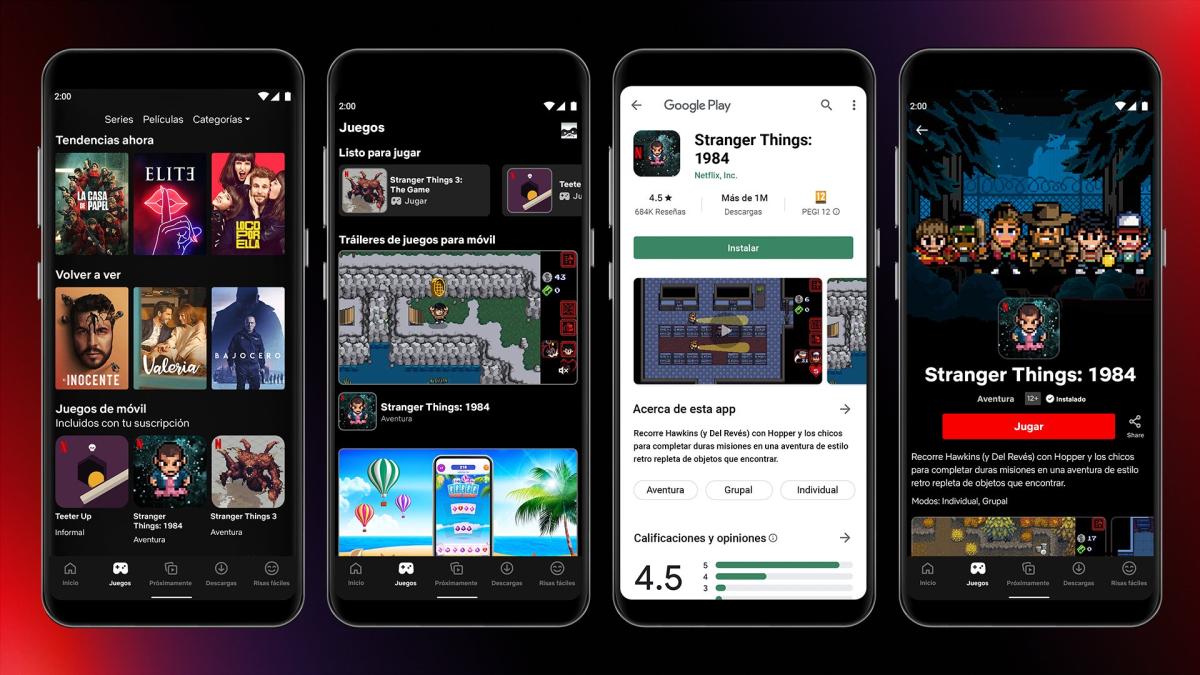 Maybe you don’t know it or you didn’t care, but in the Netflix application you have video games included that you can enjoy for free and without any limits on your mobile phone, titles based on some of its most famous licenses such as Stranger Things.

And interestingly, Netflix is ​​accelerating its foray into video games with plans to double its catalog by the end of the year, going from the current 24 mobile games to 50thus representing a significant investment.

Although this movement makes it clear at first that the games on Netflix are a real success, nothing is further from the truth, because apparently less than 1% of subscribers are playing them.

And it is that according to data collected by Apptopia, via CNBC, less than 1% of Netflix subscribers are playing the games offered by the service for free, 1% of those 221 million subscribers that this streaming platform has.

However, they clarify that they have been downloaded 23.3 million times and have an average of 1.7 million daily usersthat is, very little activity.

That is why it is surprising that Netflix is ​​going to continue betting on a gaming market niche that seems to be of interest to practically none of its subscribers, perhaps with the hope that in the future the hours of play and the number of downloads.

The games on Netflix were released in November of last year and it seems that the platform does not abandon its efforts to try to create a stable base of players who enjoy them, although it seems that its current audience does not have much interest in games based on some of the licenses. most famous of this platform.

One of the successes of last year in OPPO touches its minimum price, dropping almost 300 euros