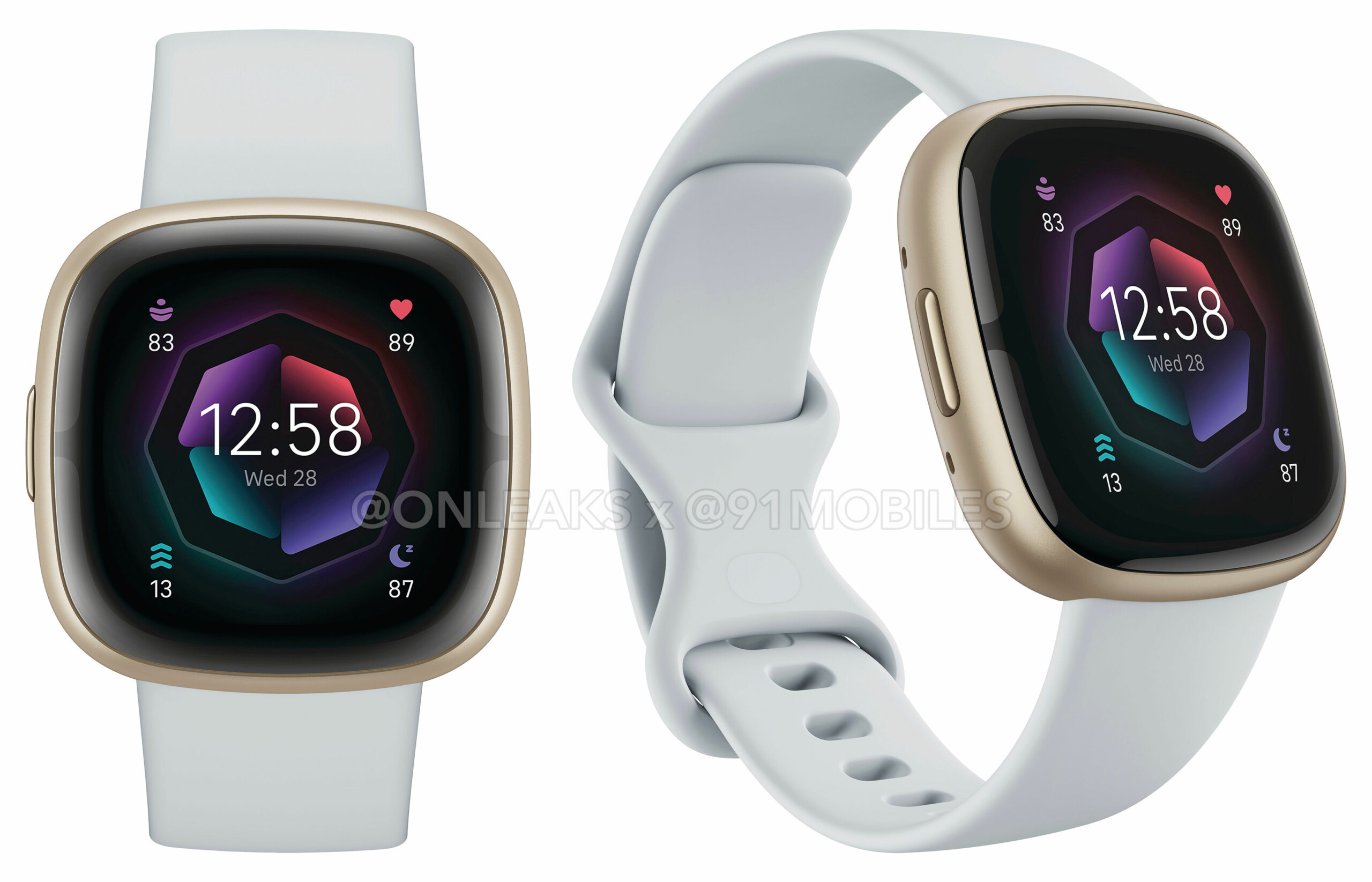 Leaker OnLeaks has collaborated with site 91Mobiles to publish marketing renders of Fitbit’s upcoming devices. Something to suggest an imminent release.

While, in the coming months, we are mainly expecting something new from Fitbit on the front of the Google Pixel Watch – on which the Google subsidiary has been working – this does not mean that the connected health specialist does not intend to launch new products.

Recently, we discovered that the American manufacturer was working on two new high-end connected watches, the Sense 2 and Versa 4. We were also able to discover photos of these two watches, shared by the 9to5Google site. It now seems that we are in the final stages before the launch of these two new watches.

The French leaker OnLeaks has shared, in collaboration with the Indian site 91Mobiles, press renderings of Fitbit’s two new digital hits, the Fitbit Versa 4 and Fitbit Sense 2. We can thus discover a fairly similar design on the two connected watches, with a square screen in both cases and metal case borders. Remember, however, that the Fitbit Sense 2 should be the most advanced model with electrocardiogram management and stress monitoring thanks to an EDA sensor.

In addition to these two connected watches, the 91Mobiles article highlights the brand’s next connected bracelet, the Fitbit Inspire 3. As a reminder, Fitbit recently launched two bracelets: a high-end model, the Charge 5, and a more designer model, the Luxury. The Fitbit Inspire 3 should adopt a slightly different design from that of its predecessor. First, it would finally integrate a color screen instead of the monochrome display of the Fitbit Inspire 2. Then, its bracelet system would be better integrated than that of the previous model. The case itself also seems less thick, to blend in better on the wrist.

We should know more about the three new devices from Fitbit in the coming weeks. Generally, the production of marketing renderings is one of the last steps for manufacturers before putting products on the market. We can therefore expect a launch by the end of the summer.