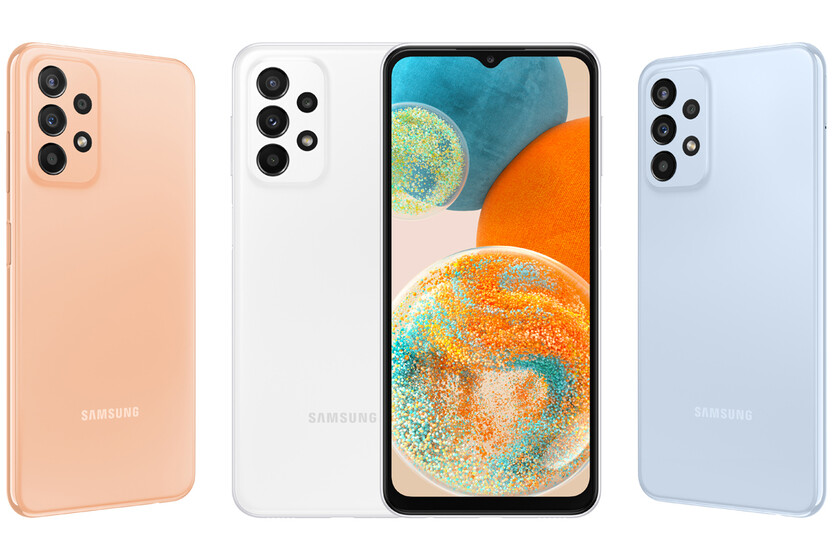 Share
Facebook Twitter LinkedIn Pinterest
Just like his little brother, the Galaxy A13has a 5G variant, the Galaxy A23 could not be less and has just welcomed a new version with the latest in connectivity. The Galaxy A23 5G is already official and arrives to replace the Galaxy A22 5G from last year.

This new model of the Galaxy A family shares all the features of the Galaxy A23 4G with the only difference that it now mounts a processor that does support 5G networks. For the rest, we have a 6.6-inch phone with a large battery and a quad camera. Let’s see it in detail.

This is how Samsung makes money: the secret is in the IPHONE

Up to 50 megapixels on the back

Like its 4G brother, the new Galaxy A23 5G has a 6.6-inch LCD screen with FullHD+ resolution, a 8 megapixel front camera and a rear camera with a 50-megapixel main sensor, a 5-megapixel wide angle and two 2-megapixel sensors for macro photography and depth reading.

They also share memories and operating system: it comes as standard with Android 12 under One UI 4.1 and can be configured with 4GB, 6GB or 8GB of RAM and 64GB or 128GB of storage (expandable with a microSD card up to 1TB). The only difference, as we said, is the 5G connectivity provided by your processor. Samsung does not specify the model, it has only confirmed that it is octa core. The rest of the important features of the Galaxy A23 5G are completed with a side fingerprint reader and a 5,000 mAh battery.

Price and versions of the Samsung Galaxy A23 5G At the moment, Samsung has not revealed in which countries it will market or at what price it will do so, but considering that the Galaxy A33 5G can already be obtained for 299 euros, it is likely that the Galaxy A23 5G does not exceed 250 euros. What we do know is that it will be available in various colors (orange, blue, white or black) and in different configurations.