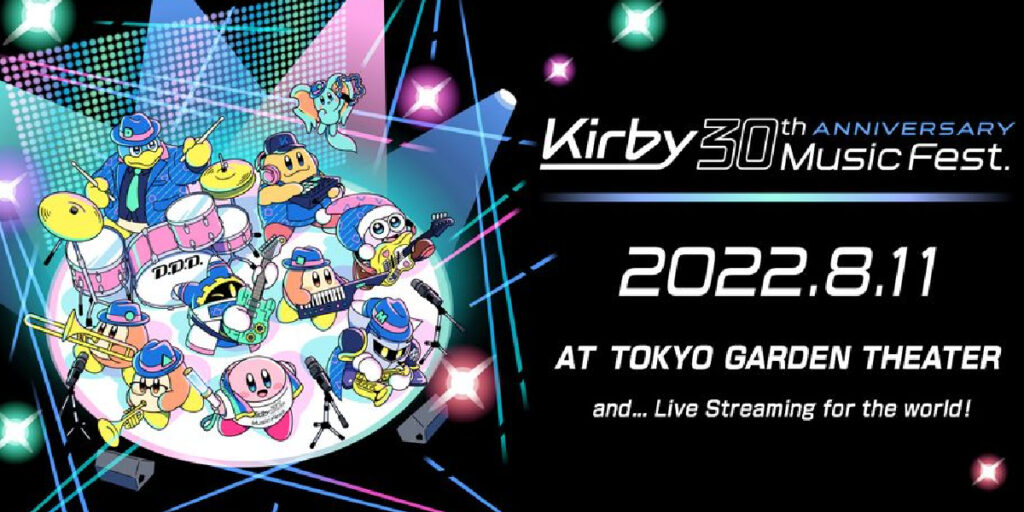 The Kirby 30th Anniversary Music Festival, which was announced in March, will be held at the Tokyo Garden Theater on August 11, and Nintendo will stream the concert globally on YouTube.

Kirby eats the Switch box to promote the OLED model

Because this may be inconvenient for some Western Kirby fans, Nintendo says it will try to provide a replay at a later date.

“We plan to upload a Kirby 30th Anniversary Music Fest video file at a later date,” the company said on Twitter.

“Please note,” he added, “the concert will be in Japanese and will not have simultaneous interpretation into other languages.”

Nintendo celebrates 30 years of Kirby in a big way

Nintedo wants to commemorate Kirby’s 30th anniversary in a big way, for this reason a unique music festival will be held with a large ensemble of 35 big band-style musicians performing in a variety of genres.

This is a music event where you can enjoy original medleys of songs from previous titles in the series while reminiscing with them.

In addition to that it will have a large LED monitor where we will see Kirby in motion.

The event is part of Nintendo’s Kirby Anniversary celebrations, which commemorates 30 years since Kirby’s Dream Land was released on April 27, 1992.

This year also saw the release of Kirby and the Forgotten Land, the first 3D platformer in the main Kirby series, which, according to Nintendo, has enjoyed the “highest sale” for any entry in the series to date. .

Subscribe to our Youtube Unocero Gaming channel where we have the best information in the world of video games.

Against the current, Nintendo would not increase the price of the Switch