Now creators will be able to connect with fans through YouTube shorts, will respond to comments 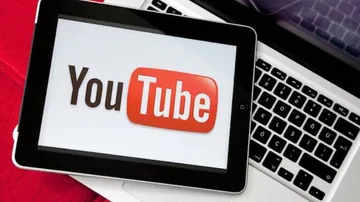 Share
Facebook Twitter LinkedIn Pinterest
Tech News Desk- YouTube short video creators can now respond to comments from their fans. In fact, YouTube has allowed creators to respond to their fans’ comments on short videos. The company says that it has launched this feature on the request of the creators. The feature will be available to Shorts creators on iOS in the coming weeks. YouTube said it has accepted the request from the makers. They were seeking replies to comments on short-form video content posted through their channels. “Through this new feature, content creators will be able to answer questions from their fans,” YouTube Shorts said in a statement. Also, it will be able to take content requests and respond to comments. The update is out and will be available to all Shorts creators on iOS in the coming weeks. The company said it is also looking to introduce features such as sending notifications to commenters. Apart from this, the company is also preparing to launch its shorts on its smart TV platform YouTube TV. Not only this, the company will allow viewers to watch up to four live streams simultaneously on YouTube TV through a new feature called ‘Mosaic Mode’. is also planning. Recently, the streaming platform said that users can add a new edit to short tool in iOS and Android apps with the aim of improving their experience. This tool converts long videos into short videos.

YouTube 360 ​​videos can also be controlled with a game controller: here’s how you can do it