Now services like Apple Music, Apple TV, iCloud Photos will be available on Xbox and Windows! 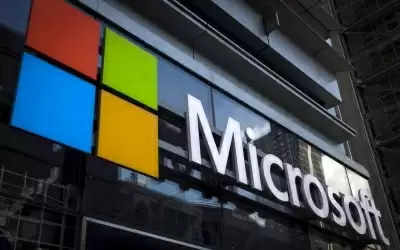 Technology News Desk !!! Tech giant Microsoft on Wednesday announced the bringing of Apple services like Apple Music and iCloud to Windows at the Surface Laptop launch event. The Apple Music service will work on Xbox video game consoles and the iCloud Photos syncing service will work on Windows PCs. For the past few years, Windows customers with Android phones have been able to access direct messaging, calling and photos on their Windows PCs, the company said late Wednesday. We’ve experienced that promise with integration into the U.S., which brings together the two most important devices in their lives. That said, we provide customers with the ability to share their iPhone photos and their favorite entertainment from Apple on their Xbox and Windows devices. Making access easier than ever. iPhone users with Windows devices will be able to access all of their iPhone photos and videos in the Microsoft Photos app itself. All they need to do is install the iCloud app for Windows from the Microsoft Store and sync iCloud Photos. Plus, Apple Music starts today on Xbox and Apple Music and Apple TV apps will launch on Windows next year. Windows Insiders will have access to iCloud and Photos app integration starting today, which will be available to all Windows 11 users starting in November. Apple Music is available on Xbox from October 12. The Apple Music and Apple TV apps will launch in the Microsoft Store later this year.