Office becomes Microsoft 365 for its biggest overhaul in 30 years 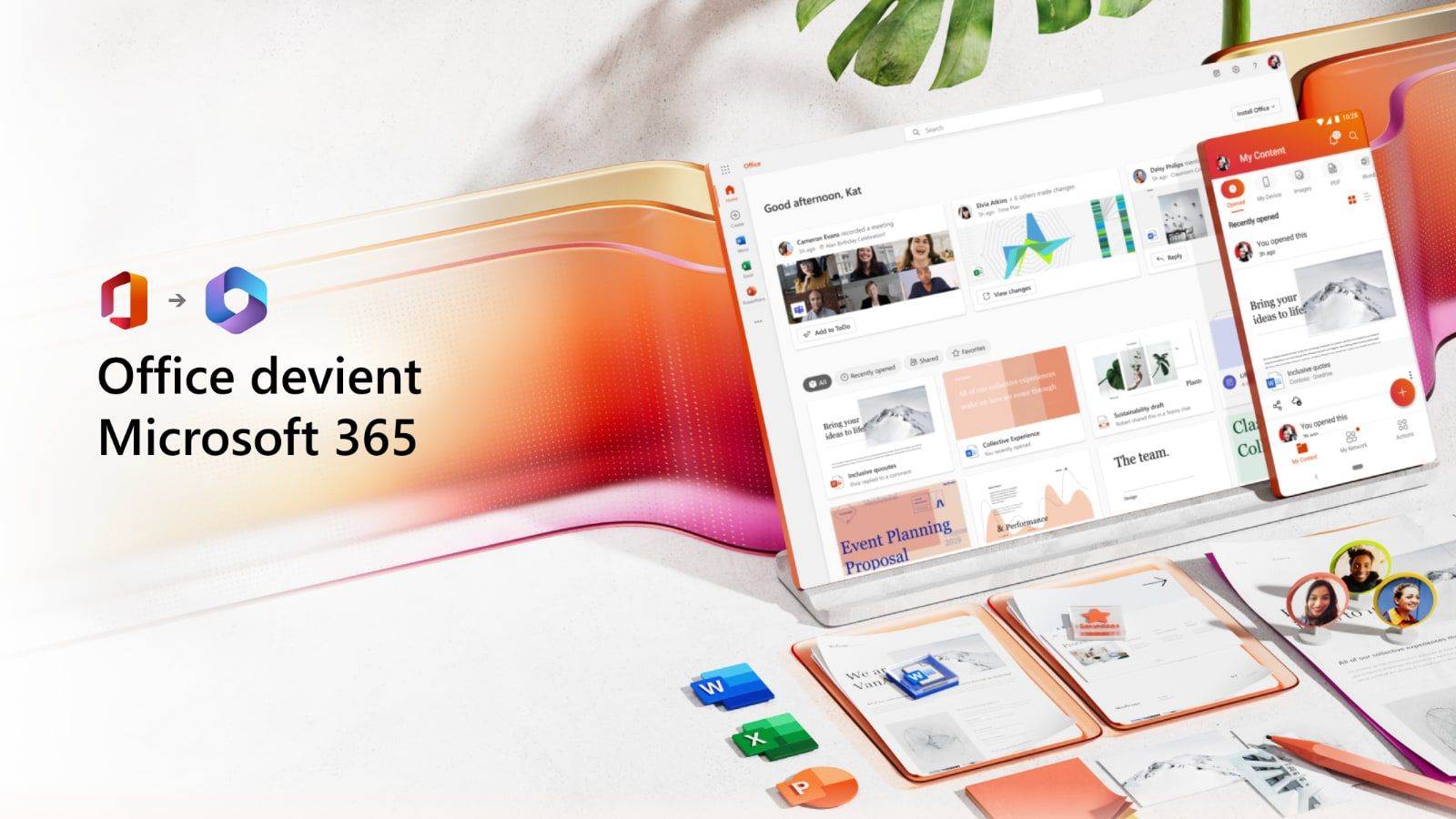 The Microsoft Office app collection isn’t going away, but for the biggest change in 30 years, Microsoft 365 is now taking over.

For Apple device owners, the name change will likely first be visible in the Office app for iOS. The Microsoft 365 mobile app that replaces it will include a new apps module for commonly used cloud-based 365 tools, a central content hub and workflow, and a new tagging system to organize content. .

Microsoft is making a major change to its “Office” branding. After more than 30 years, Microsoft Office is being rebranded as “Microsoft 365” to mark the expansion of the software giant. If Office apps like Excel, Outlook, Word, and PowerPoint don’t go away, Microsoft will now refer to them as part of Microsoft 365 rather than Microsoft Office.

You won’t have missed it, the company has been pushing this new brand for years, having renamed Office 365 subscriptions to Microsoft 365 two years ago, but the changes go much deeper now.


In the coming months, Office.com, the Office mobile app, and the Office app for Windows will become the Microsoft 365 app, with a new icon, a new look, and even more features.

This means that if you use any of the dedicated Office apps, they will all soon be branded Microsoft 365, complete with a new logo. The first logo and design changes will appear on Office.com in November, then the Office app on Windows, iOS and Android will be rebranded in January.

Microsoft 365 will now house Teams apps, Word, Excel, PowerPoint, Outlook, Loop, Clipchamp, Stream and Microsoft’s new Designer app. The central Microsoft 365 app for both mobile and desktop will include a feed of relevant colleagues and meetings, a hub for all your files and documents, and custom labeling to group and organize content. Let’s hope that Teams catches up a bit on Slack with a more intuitive interface than currently.

The Microsoft Office brand won’t disappear entirely as the US manufacturer will continue to offer one-time purchases of its Office app bundle to individuals and businesses through the Office 2021 and Office LTSC plans. Microsoft Office is now a “legacy” brand of Microsoft, which means that when new features are announced, they will be integrated into Microsoft 365 and not Microsoft Office.

Apple will not buy a soccer team, but after buying the rights to the NFL in the US, it plans to do the same in the Netherlands