On the one hand the first sale of Lava Blaze NXT starts, on the other hand the price of Redmi Note 11 has been cut. 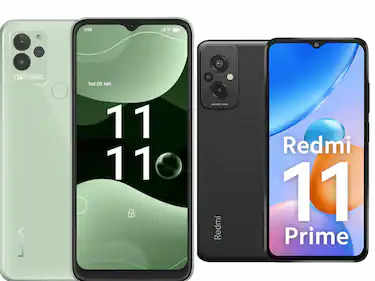 Share
Facebook Twitter LinkedIn Pinterest
Mobile News Desk – Last week, Lava launched its budget smartphone Blaze NXT. On December 2, this smartphone has been made available for the first sale. This entry-level smartphone of Lava is equipped with features like MediaTek Helio G37 processor, 5000mAh battery. Redmi has cut the prices of its Redmi Note 11 smartphone in India. This smartphone was launched in India at an initial price of Rs 13,499. Let us talk about both in detail. The sale of Lava Blaze NXT has started on December 2 at 12 noon on the e-commerce website Amazon.in and Lava’s online and offline stores. Lava Blaze NXT has been launched in 4GB RAM + 64GB storage variant. Its price is Rs 9,299. In the first sale, an instant discount of up to Rs 300 is available on the purchase of the smartphone with HSBC Bank card. Lava Blaze NXT comes with dual 4G SIM card, Android 12 operating system, 6.5 inch HD+ IPS display, MediaTek Helio G37 processor. This phone has 64GB storage with 4GB RAM. The RAM of this phone can be expanded up to 3 GB.