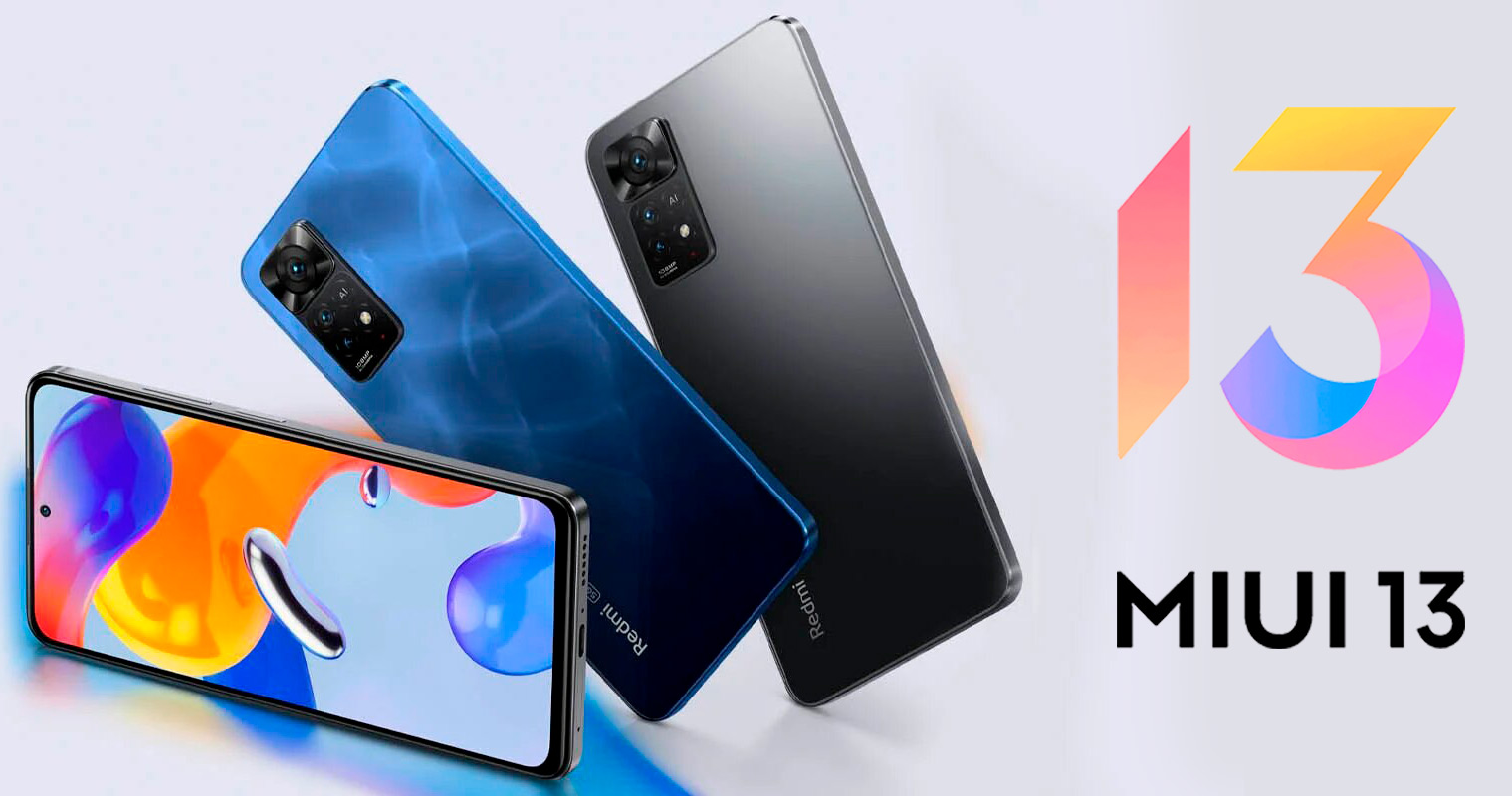 Share
Facebook Twitter LinkedIn Pinterest
After landing on the Redmi Note 9T, Xiaomi’s customization layer update reaches a new mid-range mobile. On this occasion, the lucky one is the Redmi Note 11 Pro; whose models have started receiving MIUI 13 on Global ROM.

Also, does it based on Android 12this being the first Android update that it receives, and therefore, updating a lot of new features internally, security and privacy.

Redmi Note 11 Pro devices globally have started their update stage to MIUI 13. In detail, the phones receive the stable version V13.0.2.0.SGDMIXM based on Android 12. One more reason for users of this device to start celebrating.

The Redmi Note 11 Pro; mobile that debuted at the end of January 2022, will go on to enjoy the performance improvements offered by MIUI 13. Likewise, it joins its predecessor the Redmi Note 10 Pro, which received the update in the EEA and Global ROM at the beginning of the year.

Xiaomi steadily continues its deployment phase, bringing the MIUI 13 update to more and more devices. In fact, the company is working on updating mobile phones compatible with its Mi Pilot program.

Similarly, the manufacturer launched the MIUI 13.1 update for its 12-series terminals in China. Although it is unknown if this version will reach other devices, it is possible that version 13.1 will land on the Xiaomi 12 Global ROM or EEA.

Meanwhile, there are still many other terminals to update to MIUI 13 to fully complete the deployment phases. Among the mobiles that remain to be updated, are:

The MIUI 13 update on the Note 11 Pro series is just one more step for Xiaomi. The company is already preparing for the eventual launch of MIUI 14. Therefore, we invite you to follow us on social networks and on Telegram to be aware of all the future news of the Xiaomi customization layer.

Redmi is bringing 200MP powerful Smartphone, the features are heart-warming; the design is awesome

At just €39, these noise-canceling Xiaomi headphones are a bargain

Under the era of Steve Jobs and Tim Cook, Apple acquired a ton of companies…