One Punch Man – The Strongest is available on mobile! 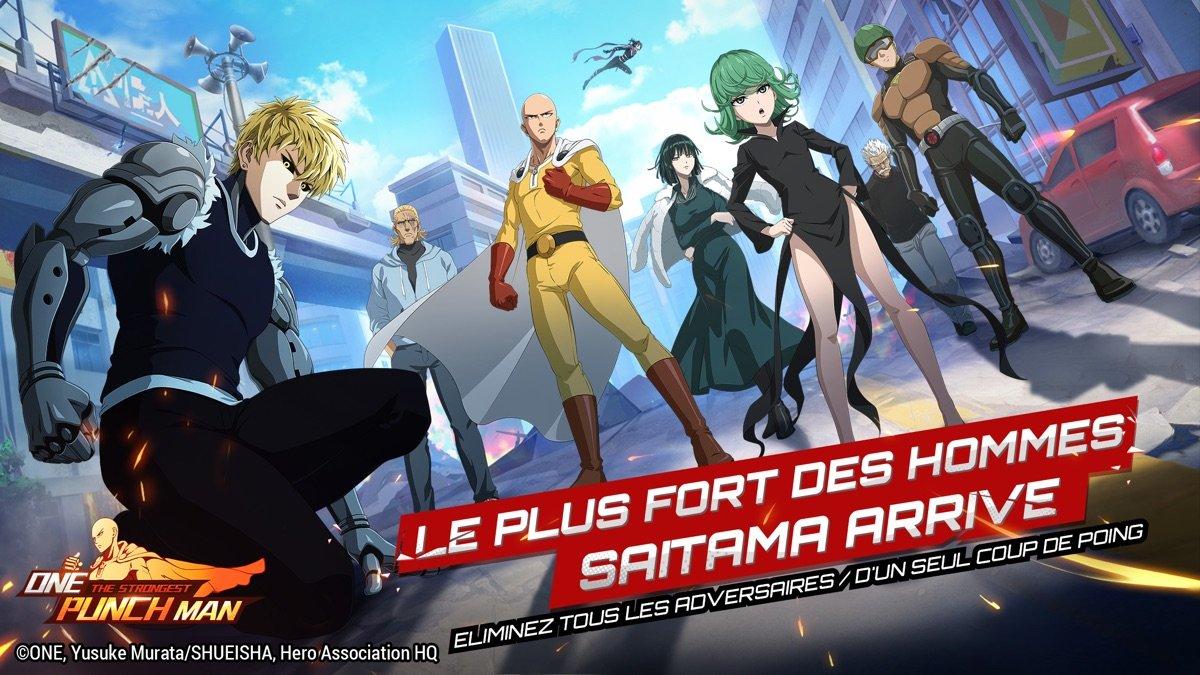 Available now on iOS and Android, One Punch Man – The Strongest lets players experience the popular Japanese anime series in a new way on mobile. This RPG features turn-based strategic combat with over 60 characters, including heroes and villains players are familiar with. There are also a variety of game modes to have fun and especially the cartoon voices for total immersion.

One Punch Man – The Strongest is coming to iOS and Android


One Punch Man – The Strongest is adapted from the anime ONE PUNCH MAN, created by ONE and Yusuke Murata. The game was produced entirely under the supervision of the production committee, including SHUEISHA. Live the One Punch Man experience in a game faithful to the original material, and relive heroic battles!

One Punch Man – The Strongest follows the story of Saitama and his struggle against a world filled with villains. The only problem is that he often beats them with a single punch – and where’s the challenge? Watch the video trailer:

The game is adapted from the original creation by ONE and Murata Yuusuke. Characters have their own special abilities that can help you when needed during intense battles. They also have different types, levels and factions, and you will be able to recruit your own heroes and monsters yourself, and create your custom formation of 6 characters.

In combat, you can take advantage of formation buffs to try and achieve victory. Additionally, you can look to fill the one-punch gauge with basic attacks and ultimate skills. Players can fight alongside Saitama, “the strongest hero”, defy the monsters and disasters present in the anime. You .

Along with the main story mode, you can take part in multiplayer team battles, enjoy mini-games, and even collect figurines for additional bonus effects.

Modes include Institute of Genetics, Association Arena, Unnatural Scourge, Extreme Training, Trial of Awakening, team multiplayer, PvE campaigns, and last but not least, the “Saitama” battle mode, with its ability to Solve all problems with one punch!

If you can’t wait to play the game, you can download One Punch Man – The Strongest from the iOS App Store and Google Play Store today.

O2 will offer its best fiber and mobile rate throughout Spain

The IPO of Porsche will report almost 10,000 million euros to the Volkswagen group

One of the most emblematic brands not only of the Volkswagen Group, but of the…

Yesterday was a very important day for the Xiaomi user community. The Chinese company presented…

And we are talking about the 1% Low Frames Per Second (fps), as NVIDIA likes…