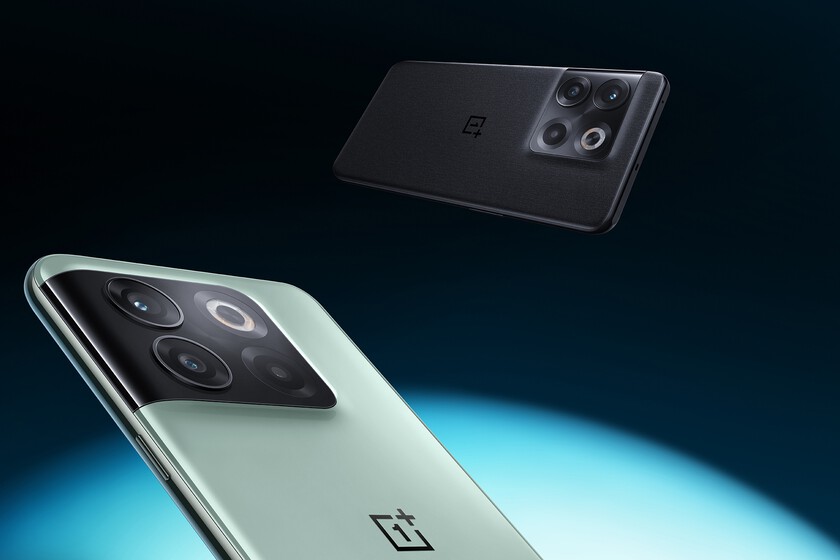 Share
Facebook Twitter LinkedIn Pinterest
The presentation of the OnePlus 10T was already more than confirmed for today. And, although we have had a few pills from the company and the leakers They had already advanced us part of their specifications, it has not been until now that we can know everything about the new OnePlus flagship.

This device arrives after a OnePlus 10 Pro which left a very good taste in our mouths. And she does it too improving on its predecessor in several key sections. See that it has the most advanced Qualcomm chip as a brain or its beastly fast charge.

ONEPLUS NORD, ANALYSIS the QUALITY-PRICE that we missed in OnePlus

A design that says goodbye to the mythical ‘Alert Slider’ Available in two colors, black and greenthis OnePlus 10T drinks from a good part of the aesthetics of the OnePlus 10 Pro. Proof of this is its front part with reduced frames with the presence of the camera in the form of a hole in the screen and a camera module made of glass and with a slight curvature to integrate into the body.

Although if there is something to highlight about this device, it is that it does not incorporate the already mythical switch to silence the mobile how fashionable Apple became with its iPhone and that this range of OnePlus had brought. We already knew it for several weeks, but it is almost an obligation to remember it if we talk about design.

Regarding the screen, we find a 6.7-inch HDR10+ AMOLED panel. In addition, as expected, it is a screen with a high refresh rate by having up to 120 Hz, which will be adaptive as was also the case in the ‘Pro’ model.

Exceeded in performance and with a devilish fast load If we talk about power, this OnePlus 10T should be more than enough. And it is that incorporates the best of Qualcomm to date inside, the Snapdragon 8+ Gen 1. A processor accompanied by configurations of 8,12 and 16 GB of LPDDR5 RAMwith ROM storage capacities of 128 and 256 GB UFS 3.1.

In battery it is not one of those that incorporate more capacity with its 4,800mAh, but it is not exactly a small battery. However, the most outstanding point in this section is found in its 150W ultra fast charging. This is a load that premiered a few months ago on Realme GT Neo 3 and that, luckily, is spreading among other manufacturers.

The OnePlus fast charge allows you to charge from 0 to 100% in 10 minutes. We met with some changes in the camera compared to the OnePlus 10 Pro. On the front, the 32 megapixels do not change, but on the main rear it goes from 48 to 50 megapixels. In the wide angle, meanwhile, it is lowered from 50 to 16 megapixels and a 2-megapixel depth lens is added without the presence of the 8-megapixel telephoto lens that the ‘Pro’ had. Of course, they continue with the collaboration with Haselbrand.

Other aspects to highlight and less surprising, as expected, is its connectivity, highlighting its compatibility with 5G or WiFi 6 networks. in the coming months it will be updated to become comparable to the imminent Android 13.

Versions and prices of the OnePlus 10T

As expected, this device will be available in several territories, including Spain. You can choose between the two colors already mentioned (black and green) and in Europe it will come with the following memory configurations:

It must be said that in this European territory reservations open today. However, we will have to wait a few weeks for it to be on sale, since its launch is on August 25.

More information | one plus

M6 broadcasts confidential data without blurring it, the information is at the mercy of hackers