OnePlus did it! Suddenly the price of this powerful 5G Smartphone is less than 8 thousand rupees; people broke to buy 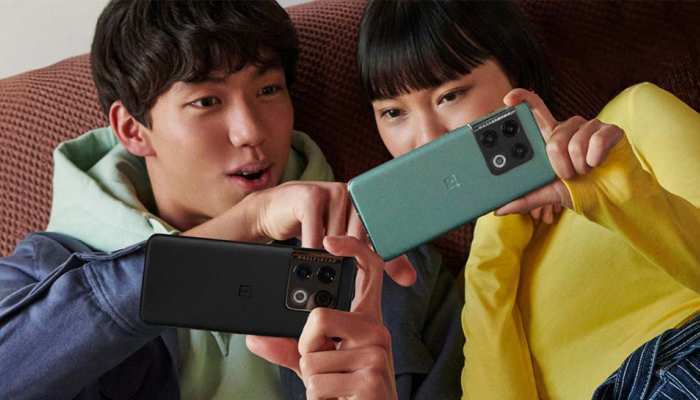 Share
Facebook Twitter LinkedIn Pinterest
mobile news desk OnePlus 10 Pro was launched in the US to compete with Samsung and Apple. Its price in the US was $ 899 (Rs 71,130). After several months, there is a permanent discount of $799 (Rs 63,218) on the OnePlus 10 Pro. That is, the price of the phone has been cut by 8 thousand rupees. Starting August 3, the OnePlus 10 Pro will be $100 cheaper in North America alone. In a statement to the media, OnePlus said that the price cut was done to make it more competitive in the market, but the price of its flagship phone will not change globally. The new pricing puts the OnePlus 10 Pro in a stronger position than other Android flagships in the US. It costs $100 less than the Pixel 6 Pro and is on par with the Galaxy S22 starting price, a device that outperforms OnePlus in terms of screen and battery capacity.

OnePlus 10 Pro flaunts a 6.7-inch LTPO 2.0 AMOLED screen with variable refresh rate (1Hz to 120Hz). It is a curved punch-hole panel with 20.1:9 aspect ratio and a resolution of 3216 x 1440 pixels (QHD+). The phone has Gorilla Glass Victus protection and a brightness rating of 1300 nits. It has a Qualcomm Snapdragon 8 Gen 1 SoC that can handle up to 12GB of LPDDR5 RAM and 256GB of inbuilt UFS 3.1 storage. At the back, there are three cameras, the main one being a 48MP Sony IMX789 main lens with OIS capability. It also includes a 50MP Samsung ISOCELL JN1 ultra-wide lens and an 8MP 3.3x telephoto lens with OIS capabilities. It includes a 32MP Sony IMX615 sensor on the front. Hasselblad co-tunes the camera.

Do not miss it! These are the best Marvel movies according to IMDb