Oppo’s new powerful phone launched in India, 50MP camera will be available at a low price, know the price 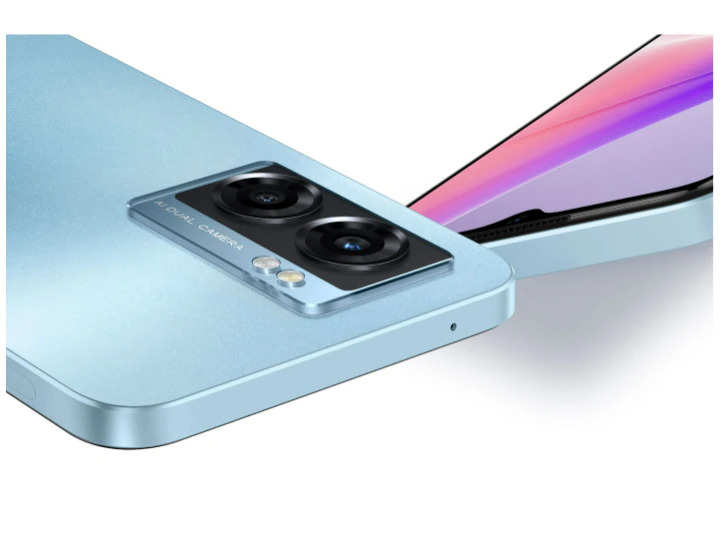 Share
Facebook Twitter LinkedIn Pinterest
mobile news desk Smartphone brand Oppo has launched its new phone Oppo A77 4G in India. Oppo has introduced its latest A-series smartphone with MediaTek Helio G35 processor. The phone has a 6.56-inch HD+ LCD display, which comes with 60Hz refresh rate. The phone has a 50-megapixel rear camera setup and a 5000mAh battery. Let’s know about the price, specifications and features of Oppo A77 4G phone… Oppo A77 4G has been launched in Sky Blue and Sunset Orange color options. The phone is available in a single storage variant. Its 4GB RAM and 64GB storage costs Rs 15,499. Oppo A77 4G can also be purchased from the company’s online website and offline market. You will also get 10 percent cashback on phone calls made with ICICI Bank cards. Oppo A77 4G comes with Android 12 based ColorOS 12.1. The phone has a 6.56-inch HD+ LCD display, which comes with 60Hz refresh rate. Oppo A77 4G comes with an octa-core MediaTek Helio G35 processor coupled with 4GB RAM and 64GB storage. The storage of the phone can also be increased with the help of micro SD card. The phone also packs ultra-linear stereo speakers and a side-mounted fingerprint sensor for security. The Oppo A77 4G packs a dual camera setup, which comes with a 50-megapixel primary sensor and a 2-megapixel depth sensor. LED flash light is also given on the back of the phone. The phone has an 8-megapixel front camera for selfies and video calls. The phone has 5000mAh battery and 33W Super-Wook fast charger support. For connectivity, the phone supports USB Type-C port, 3.5mm headphone jack, 4G VoLTE, WiFi and Bluetooth.