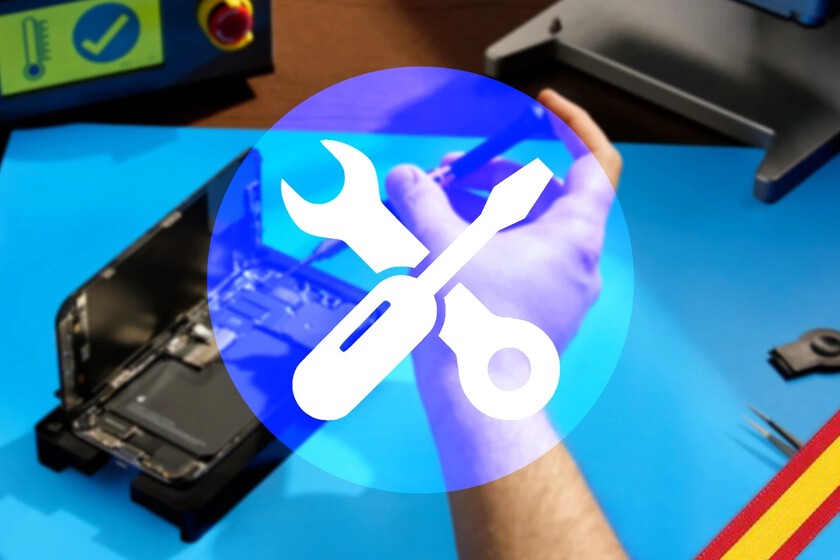 Share
Facebook Twitter LinkedIn Pinterest
Apple announced in 2021 that during this year it would launch a domestic repair program: the direct sale of official parts for some of its devices, so that anyone could replace a cracked screen, a battery that is no longer what it was, a motor haptic that does not work or a speaker, among other components.

And what is more important: without these homemade repairs voiding the device’s warranty. A historic decision that became clear at the beginning of the year… and that now it has just been extended to several European countries, including Spain, from where you can already request any of the available parts, as well as from Germany, Belgium, France, Italy, Poland, the United Kingdom and Sweden.


Parts for sale and tools for rent

Not all product families or models have their components available. This is the list of devices that appear on the official website.

The summary is: all iPhones from the end of 2020 to here (except the most recent), and all laptops with Apple Silicon except those with the M2 chip. For iPhones, Apple offers parts to replace the battery, bottom speaker, camera, screen, SIM tray, or haptic engine.

These parts are the same ones used in Apple Stores and Apple Resellers authorized by the company. The tools offered by the company are also identical: some kits that can be rented for 59.95 euros to those who do not want to buy them, Something designed for those who are going to make specific use of them.

Apple has addressed in the press release to “customers who have experience in electronic repairs.” That is to say: it is assumed that whoever is going to get hold of these pieces is someone with a certain skill and prior knowledge. For all others: authorized technical services.

KOVOL Sprint 140W, the perfect charger for your mobile or laptop

Gamble on a Luxurious Getaway at Canada’s Top Casino Resorts