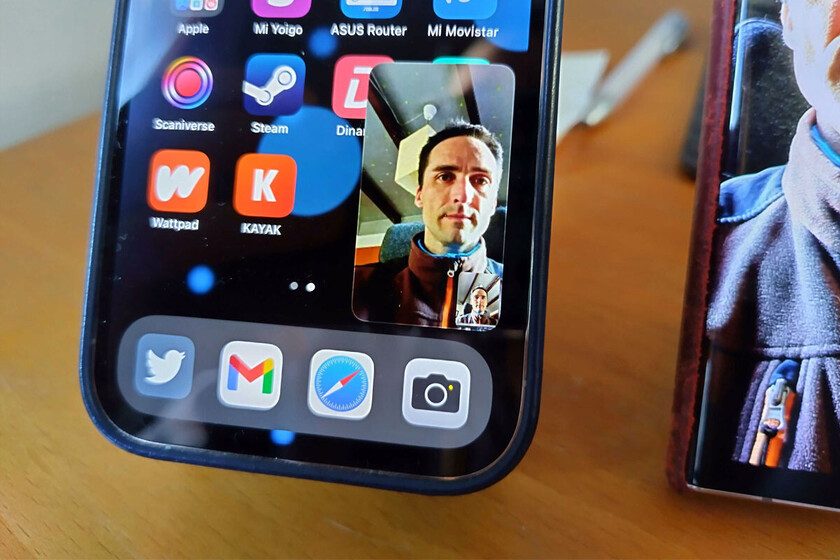 Share
Facebook Twitter LinkedIn Pinterest
PiP (Picture-in-Picture) mode has been in WhatsApp for Android for a few years, first being released to view YouTube videos sent in messages and then in video calls. WhatsApp for iOS is Now launching the PiP mode for video calls.

Make a WhatsApp call and switch to another app on your iPhone while you keep the video of the call visible in a floating window that you can move to avoid being covered by the side of the app that you are using at that moment. It starts in the beta of WhatsApp for iOS, although it should not take long to reach all users.

The operating system of the iPhone, iOS, supports the Picture-in-Picture (PiP) mode for a couple of years, but not all apps take advantage of it. WhatsApp, without going any further, does not use it during video calls if you have an iPhone, but it does if you have an Android mobile.

This injustice is disappearing as of version 22.24.0.79 of WhatsApp Beta for iOS, according to WaBetaInfo. If you are part of the beta version of WhatsApp in Testflight, you can check if you have it active starting a video call on WhatsApp and switching to another app. Even though iOS PiP support has been there since iOS 14, it seems WhatsApp only uses it if you use the app on at least iOS 16.1. It takes advantage of the official iOS PiP mode API, so you can move the floating window and hide it temporarily, while using other apps.

In this floating window we can see both the image of the another person like our own, in tiny. If you use WhatsApp video calls frequently, it is a very useful addition to be able to do other things during a call without losing visibility of the video. As we mentioned, it starts in beta first, although hopefully it shouldn’t take long for it to be available to everyone.

A Few Important Details you need to know about Litecoin