play Fortnite for free and without an Xbox Game Pass subscription 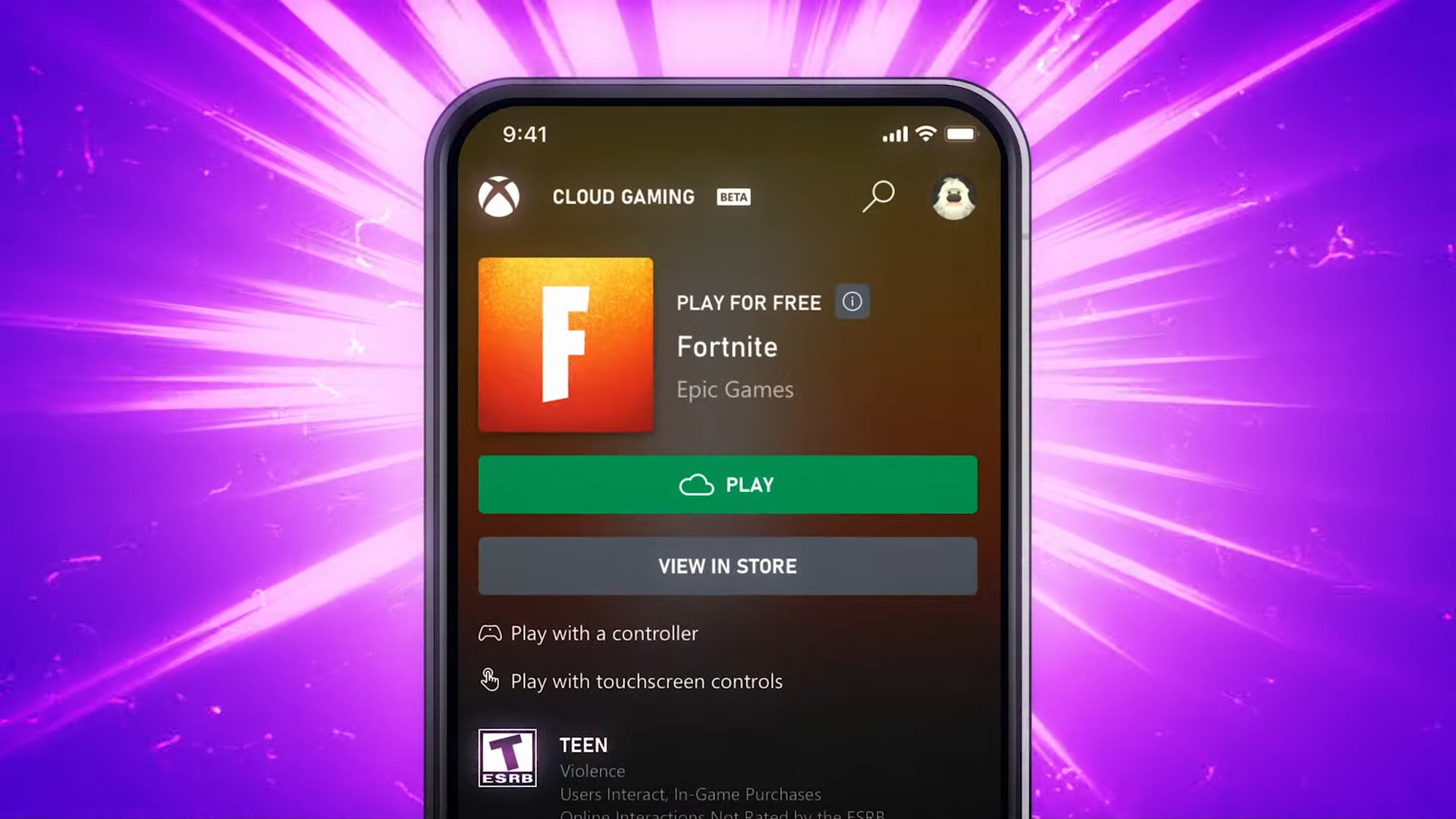 For the first time, Microsoft is offering to play on its cloud gaming service for free, without any Xbox Game Pass subscription.

The news is important in more ways than one. Until now, to take advantage of Microsoft’s cloud gaming, you had to subscribe to Xbox Game Pass Ultimate. With this subscription, you have exclusive access to a catalog of games to download or stream, usually paying games. The firm contradicts these two rules today with a big announcement: Fortnite comes to Xbox Game Pass for free, with no subscription needed.

Fortnite is back (again) on iOS

For Epic Games, it’s a new way to bring back the game Fortnite on the iPhone without going through the Apple App Store. The publisher had already been offering a solution with GeForce Now since the beginning of the year, but this time the association with Xbox should turn even more heads.

Microsoft specifies that the game is as well playable with the joystick as directly on the touch screen. So there should be very little difference to the Fortnite experience on mobile, streaming latency aside.

Xbox Cloud Gaming opens up to free to play

Above all, Microsoft makes it clear that no subscription is necessary. All you need is internet access and a Microsoft account to access the game Fortnite. A way to allow everyone to test the Xbox Cloud Gaming service without paying 1 euro. It’s not the first free cloud gaming service. Both Nvidia and Google offer a free version of GeForce Now and Stadia with some restrictions.

Until now, Microsoft’s cloud gaming offering has been firmly connected to its Xbox Game Pass subscription, sometimes to the point of being confused even by the firm. With this first opening to free to play which is not offered in the service’s catalog, Microsoft is beginning to give independent life to Xbox Cloud Gaming.

Recall that in 2019, Microsoft promised that its service would eventually also be extended to games purchased on the Xbox Store. In other words, it would be possible to find your library of games purchased on Xbox on all devices through cloud gaming, without having to wait for a possible integration of the game into the Xbox Game Pass catalog. The firm has never mentioned this option again since 2019.

Apple is far from ready to accept the return of Battle Royal on its platforms. Fortnite will have to do without the iPhone and the Mac.
Read more