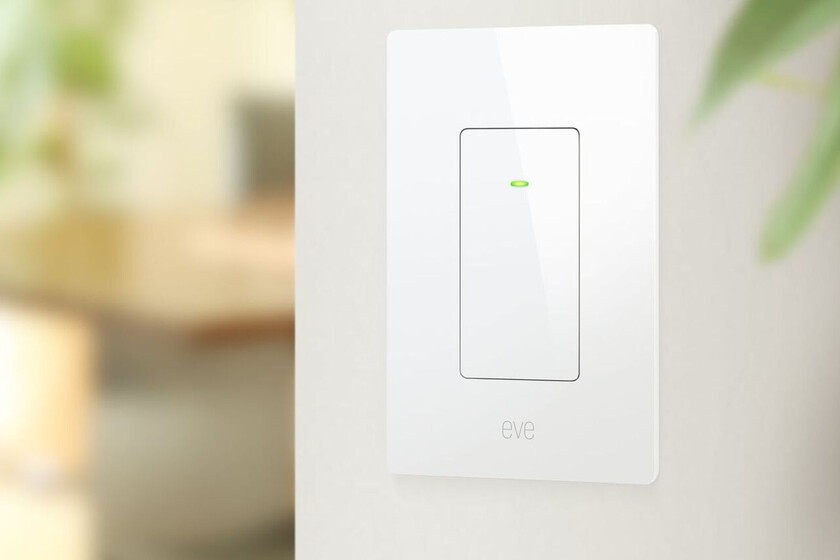 Eve, the well-known brand of connected accessories, has released an update to one of its products. It is the update of the Light Switch, a wall switch that now reaches its third generation in which it continues to offer compatibility with Apple HomeKit and also adds compatibility with switched switches and crossovers.

The third generation Light Switch changes in design compared to the model we now know, by offering more elongated shapes of the button. Otherwise, all changes come in the way it works.


And it is that Eve has brought with the third generation Light Switch two important changes– Thread support and support for three-wire switch configurations.

In this sense, the thread support it makes devices more reliable and easier to use and for example allows lights to be connected to a smart home network without having to change bulbs. But above all the most interesting thing is that it can be used with cross switches.

The third generation Light Switch can be used with a standard switch in a three-wire configuration. In this way it is compatible with many switches on the market without the need for adaptations or complex installations. For the rest, and being an Eve product, integration with Apple HomeKit cannot be missing so that the Eve Light Switch can be controlled through the Home application, the Eve application or with Siri voice controls.

The Eve Light Switch already appears on the Eve website at a price of $49.99 and it is to be expected that it will reach other countries, because for example on Amazon we can already buy the models of the previous generation.

Tecno Pova 4 can be launched in India soon, know the price and specification