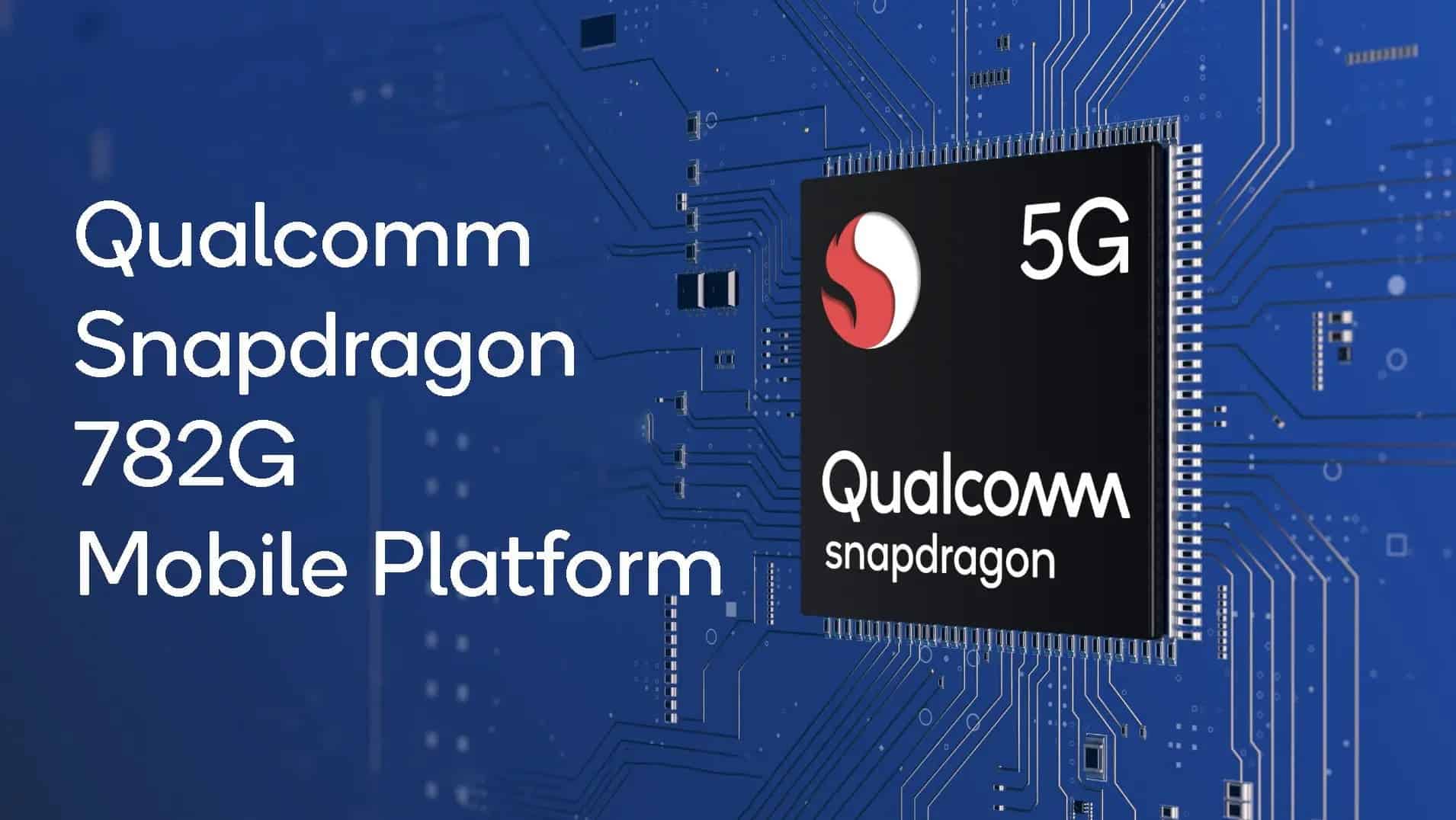 Share
Facebook Twitter LinkedIn Pinterest
Tech News Desk – Qualcomm has launched the Snapdragon 782G for mid and budget 5G smartphones. This is an upgraded processor from last year’s Snapdragon 778G+, which will work on 6nm fabrication architecture like the previous variant. The Snapdragon 782G (SM7325-AF) has been slightly improved over the previous version. It is powered by TSMC 6nm architecture with one Cortex-A78 (Kyro 670 Prime) core clocked at 2.7GHz, three Cortex-A78 (Kyro 670 Gold) clocked at 2.2GHz and Cortex A55 (Kyro 670 Silver) is at 1.9GHz clock speed. This Qualcomm processor can be used in premium mid and upper mid range smartphones. The company had announced the Snapdragon 8 Gen 2 flagship processor at the Snapdragon Summit 2022 last week. After a week, the company has launched this mid range processor. This processor comes with 5 percent better CPU performance than the previous variant. There’s also the new Adreno 642L GPU, which upgrades graphics performance by up to 10 percent.

It supports Full HD+ resolution at 144Hz refresh rate and supports 4K screen at 60Hz refresh rate. It will get support of 16GB LPDDR5 RAM and UFS 3.1 storage. Talking about its camera support, Snapdragon 782G gets the support of built-in Spectra 540L triple 14-bit ISP, which can support 200MP camera sensor. Apart from this, this processor can process the picture taken from three camera sensors (up to 22MP) simultaneously. There is also support for 10-bit color depth, 4K HDR video recording (HDR10, HDR10+, and HLG). Not only this, this processor also supports 240fps video recording feature at 720p. Features like 3D Sonic Fingerprint, Quick Charge 4+ are also available in it. The Snapdragon X53 modem is available for 5G in this processor, which supports both mmWave and sub-6GHz spectrum. It offers peak download speeds of up to 3.7Gbps and upload speeds of up to 1.6Gbps. For connectivity, Wi-Fi6 / Wi-Fi6E and Bluetooth 5.2 have been supported in it.