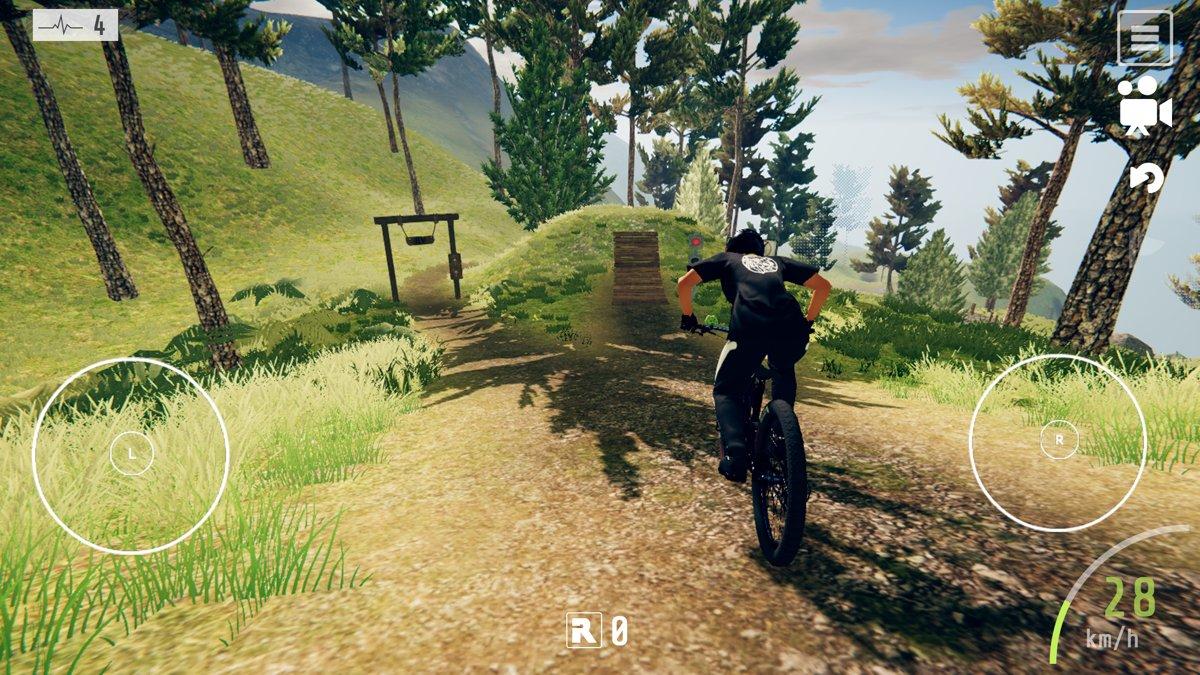 Got out initially a little over three years ago on PC and Xbox, Descenders is finally available on mobiles. The developer RageSquid and the editor No More Robots at the time surprised everyone with this frenetic mountain biking downhill game. In an effort to make up for the lack of “extreme sports” titles in recent years, the development studio decided to create a game like no other by mixing the physics of Skateboarding, the principle of Roguelike with procedurally generated courses and some details that have their importance. After bringing his creation to the PlayStation and Nintendo Switch consoles, RageSquid called on noodlecake for the mobile version.

Descenders is finally available on iOS and Android

Indeed, the good news of the day is called Descenders. This unique game is for all hands, not just those of mountain descent enthusiasts. Watch this long gameplay video of Descenders on mobile:

The game uses a sort of free control system that allows you to intuitively move around and perform tricks based on the movement of the virtual analog sticks pretty much anywhere on the screen. This avoids having to watch your fingers, especially since the direction you give must also take into account the environment. The latter is far from a walk in the park and every bump, pothole and other road anomaly will affect your bike. And as each level is recreated by an algorithm each time, you won’t be able to memorize the layout like on Gran Turismo!

If the graphics engine is not particularly impressive (even sometimes borderline), Descenders manages to captivate us for a long time. In addition to easy access, the title offers sensations from the first moments. Better, after figuring out how to perform tricks, Descenders is not far from transforming into a Tony Hawk with impeccably timed combos that will give you points. Be careful, we quickly get carried away by the speed and the system of lives will not hesitate to remind you…

If you like the challenge, Descenders has thought of you with a ranking system and teams (three in number, each with its own characteristics). Besides the glory, you can win new bikes, all in a drum & bass atmosphere of the original soundtrack.


Grab your bike, choose your team, and rise to the occasion! Will you join the daredevil acrobats of Team Enemy, the off-road masters of Team Arboreal or the speed freaks of Team Kinetic?

You know everything about this unpretentious but enjoyable little Descenders. You can now download it from the App Store for iOS or the Google Play Store for Android. Descenders on mobile costs €9.99, a premium game with no ads or additional purchases.