release date, story, new characters, all about the sequel to the Star Wars series 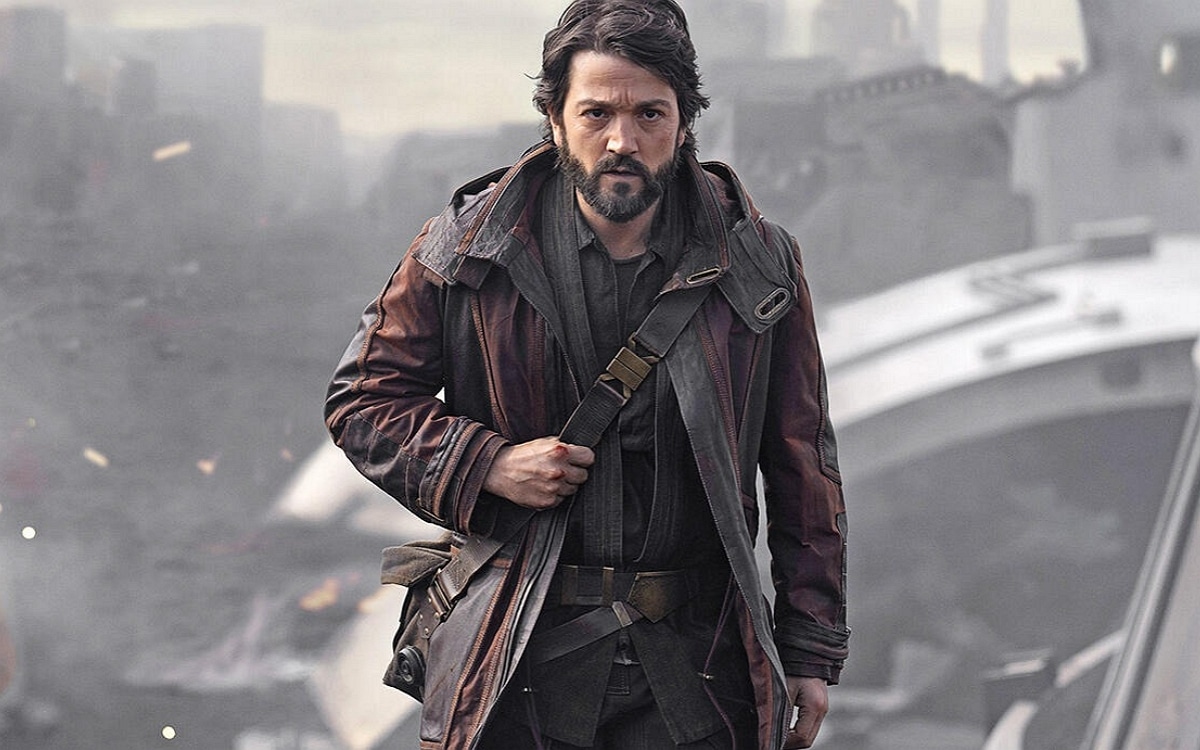 Share
Facebook Twitter LinkedIn Pinterest
The Andor series will be entitled to a season 2. In this file, we will summarize everything we already know about this new burst of episodes. Release date, story, characters, creators’ intentions, we tell you everything.

The Andor series really came as a surprise to Star Wars fans. A real critical success, it succeeded in redefining the codes of the saga to deliver something both fresh and mature. A season 2 is currently in the works. and in this file, we will take stock of what we already know about it.

As a reminder, Andor tells the story of Cassian Andor, rebel spy who appeared in Rogue One (2016). The series takes place before the film and seeks both to explain to us the journey of our hero, but also the birth of the Rebel Alliance that we see in the original trilogy.

Season 2 isn’t out yet. but we already know a lot about it. Follow the leader !

Contents hide
1 ⌛When will season 2 of Andor air?
2 🔢 How many episodes will Andor season 2 have?
3 🤔 Will there be a season 3 in Andor?
4 🗓️When does Andor take place in the Star Wars timeline?
5 🔎 Do you have to have seen the other Star Wars series to understand Andor?
6 ❓The answers that season 2 of Andor will have to answer:
6.1 How did Andor become so prominent in the rebellion?
6.2 What becomes of Luther? Who is he exactly?
6.3 What will happen to Dedra Meero and Syril Karn?
6.4 How did Cassian Andor become friends with K-2SO?
6.5 What happens to Bix, Brasso and B2EMO?
6.6 Other questions that await their answers in this season 2

⌛When will season 2 of Andor air?

Andor Season 2 should arrive in 2024 on Disney+. In any case, this is the promise of showrunner Tony Gilroy. Filming has started in the UK and then it will be up to the special effects teams to take over.

Gilroy gave hope that season 2 could arrive sooner if Disney puts the means. For that, the band would have to invest in post-production. However, this is unlikely to happen for two reasons.

The first is that there is already a well-established schedule of upcoming series, in which season 2 of Andor will struggle to fit. The second is that the content, despite its critical acclaim, did not appeal to the general public. Its scores are indeed below other Star Wars series, such as The Mandalorian or Obi-Wan Kenobi. Andor is therefore not the priority.

🔢 How many episodes will Andor season 2 have?

Season 2 of Andor will have 12 episodes.just like the first.

Season 1 told us why and how Andor joined the Rebel Alliance and took place over a fairly short period of time (several months at most). Season 2 will be a little different, since Tony Gilroy wants to tell the next five years, those that separate us from Rogue One.

Read also – Ahsoka on Disney+: release date, story, cast, everything you need to know about the next Star Wars series

Andor won’t have a season 3, for an obvious reason. Attention, we will spoil the events of Rogue One in the next paragraph.

Tony Gilroy, the showrunner, clarified that season 2 would tie in with Rogue One (which he also wrote). The last scene of the final episode should lead to the character’s first scene in the film. As a reminder, we meet Andor while he is questioning an informant about the Ring of Kafrene.

At the end of Rogue One, Cassian Andor’s team sacrifice themselves on Scarif to allow the Alliance to retrieve the Death Star plans. The same blueprints later found by Luke Skywalker in Episode IV. In Star Wars, everything is linked…

Thereby, Rogue One is already serving as Andor’s ‘season 3’ and signs the end of his adventures.

🗓️When does Andor take place in the Star Wars timeline?

Andor takes place before Rogue One, and therefore before Episode IV, the first film released in 1977. In terms of lore pure, the first season of the series takes place in 5 BBY (Before Battle of Yavin), 5 years before the battle of Yavin, the one where Luke Skywalker destroys the Death Star. Season 2 will therefore take place between 4 BBY and 1 BBY. For comparison, The Mandalorian starts in 9 ABY (After Battle of Yavin), and Obi-Wan Kenobi in 9 BBY. You have to keep up with all these back and forths in time!

The Star Wars timeline, while simple in its infancy, becomes more and more complex over time. The uninitiated can easily be lost. If this is your case, we encourage you to take a look at our dedicated file:

Read – Star Wars: in what order should movies and series be watched on Disney+?

🔎 Do you have to have seen the other Star Wars series to understand Andor?

No. Andor is a series that lives by itselfso there is no need to have seen Mandalorian, Boba Fett or Obi-Wan to fully appreciate it.

However, having seen the Rogue One movie is a plus, because you know in which direction you are heading. Moreover, it is essential to have in mind the events of the prelogy as well as the original trilogy to find out what exactly we are talking about.

❓The answers that season 2 of Andor will have to answer:

Season 1 of Andor left a lot of questions unanswered. Likewise, some details from the Rogue One movie will need to be explored further in these new episodes. Here is the answers that this season 2 will have to answer.

In Rogue One, Cassian is an important member of the Rebel Alliance. At the end of season 1 of Andor, he is however only a simple recruit. These 12 new episodes will therefore have to explain how he rose to prominence within the organization, to the point of having become one of its key elements.

At the end of Season 1, Mon Mothma is still just a senator trying to fight the Empire in a submarine. Season 2 will have to tell us how she became the respected leader of the Alliance and how the latter became the paramilitary organization we know from Rogue One and the original trilogy.

Luthen Ralen, played by Stellan Skarsgård, was one of the revelations of this first season. The character seems extremely important in the Star Wars universe, since everything suggests that it was through him that the Rebellion was born. However, we had never seen it before…

The whole question will be to know what this season 2 has in store for him. Will he die? Vanish ? Survive and continue to exist in other series thereafter? Some fans have even suggested that he may actually be a surviving Jedi from Order 66. So many questions that will need to be answered.

Dedra Meero serves as the main antagonist in Season 1 of Andor. This BSI agent, ready to do anything to achieve her goals, will she survive season 2? In any case, we have never seen it in the other films or series. His fate is therefore still a mystery.

One can also wonder what fate (or the writers) has in store for Syril, his biggest fan.

In Rogue One, K-2SO is Andor’s best friend. This reprogrammed imperial droid does not appear in season 1, however. Season 2 should therefore tell us how the two characters met.

Again, this is an important point in the Star Wars universe: how did the Alliance establish itself on Yavin IV? In any case, the base does not yet exist in season 1 of Andor. Season 2 should therefore tell us more about it.

At the end of Season 1, Andor brings his friends from Ferrix to safety, namely Brasso, Bix, and the droid B2EMO. Will Andor cut ties for their safety? Will they be at the center of the plot? In any case, the actors will be back.

Season 2 will also have to answer a bunch of other questions about Andor and his entourage. How did Melshi, who met Andor in the prison and who is in the Rogue One movie, join the Alliance? Will we see Pao, another secondary character in the film?

We can also wonder if Kino Loy, the prisoner played by Andy Serkis, will be back. Chances are slim, but who knows? The character caused a stir with fans. As a reminder, he is the one leading the escape of the prisoners from Narkina 5 and we left him in a very bad position.

Read also – Star Wars: the series and films that will soon arrive on Disney+

Of course, we will update this file as announcements are made.