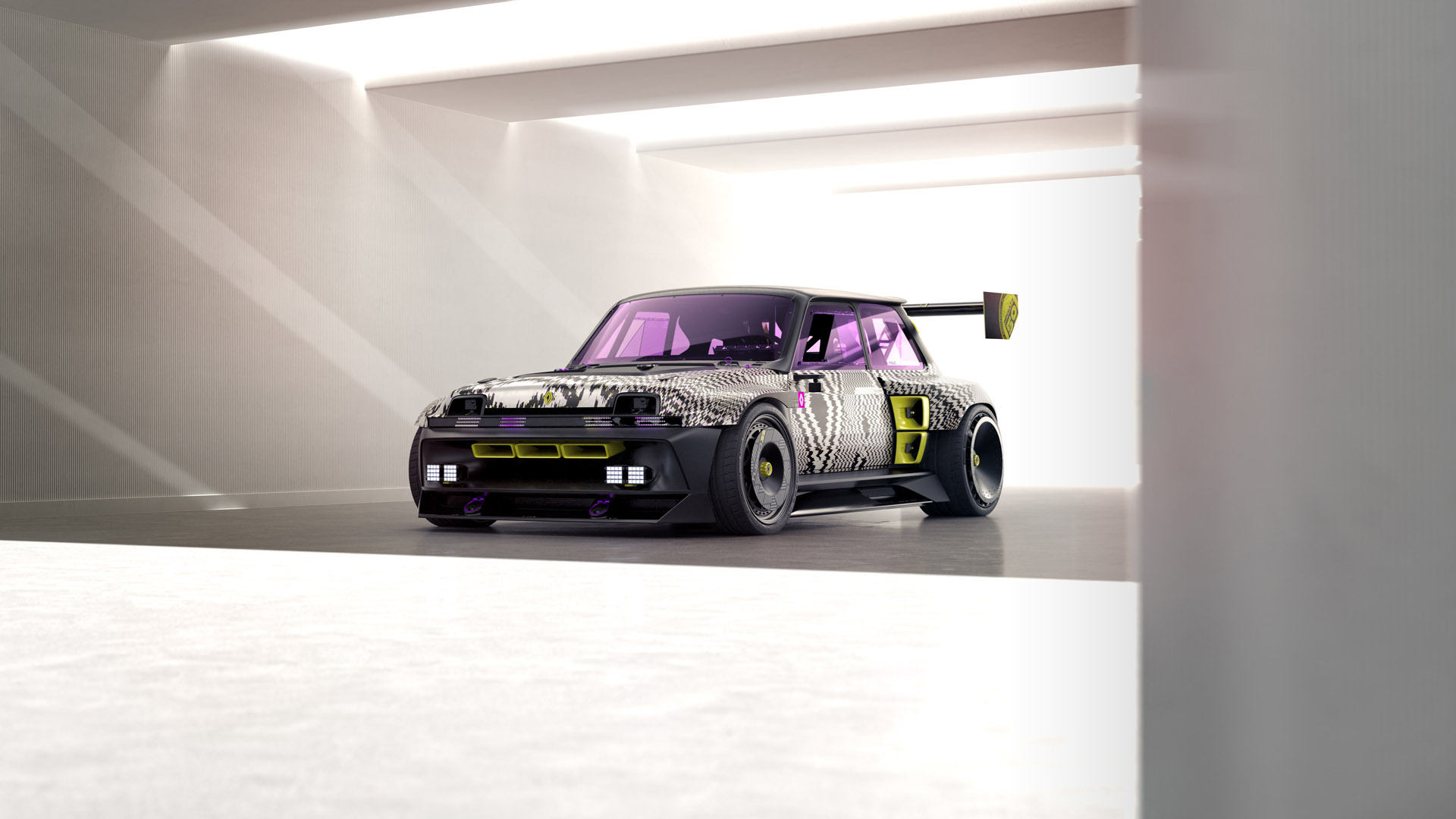 Renault continues to celebrate the 50th anniversary of its R5 with a totally crazy new electric concept designed for drifting. It will be unveiled in a few days at Chantilly.

Like all builders, Renault will also become a 100% electric brand from 2030, while thermal cars will no longer be authorized for sale in Europe by 2035. But that’s not why the diamond firm is giving up on its past. And for good reason, while 2022 is the year of the fiftieth anniversary of the legendary Renault 5, the brand is multiplying the tributes to its star of the 1970s.

To tell the truth, it had already started last year, since in January 2021, the brand unveiled its R5 Prototype, a concept announcing a future production model, scheduled for 2024. Last July, it was another version of the city car that had been presented. Called R5 Diamant, this is a unique model created by designer Pierre Gonalons and again featuring an electric motor.

Some months later, the firm returns to the charge by unveiling the R5 Turbo 3E, a 100% electric showcar whose “3” marks the continuation of the 1983 Turbo 2. Designed by the teams of Gilles Vidal, the brand’s style director, this new creation has a carbon fiber body, which takes up the design of the original version.

This exuberant reinterpretation then displays a width of 2.02 meters, or 25 centimeters more than its predecessor, for 4 meters long and 1.32 meters high. Both front and rear, pink, blue and yellow LEDs light up when the car is rolling or drifting. Inspired by the world of video games of the 80s and 90s, this concept also cleverly hides its charging socket in the air intake of the hood.

Equipped with a tubular frame protected by a flat bottom, as explained in the brand’s press release, this R5 Turbo 3E is equipped with a propulsion architecture, designed for drifting. A total of two electric motors are used to propel the concept, developing a total power of 280 kW, i.e. the equivalent of 380 horsepower, for a torque of 700 Nm.

The 0 to 100 km/h is then achieved in 3.5 seconds (3.9 seconds in Drift mode) for a maximum speed displayed at 200 km/h. Finally, the sports car has a 42 kWh battery, although its autonomy has not been communicated. Several driving modes are offered, called Turbo, Track Invader and Donut, to achieve 360°.

The concept is also equipped withten mounting points for installing on-board cameras inside the driver’s compartment as well as outside. If this totally sassy vehicle should unfortunately not see the day of series, it will be visible to the public during the Chantilly elegance contest which will take place this Sunday, as well as at the Paris Motor Show, from October 17 to 23 next. Finally, a collection of NFT around this concept will also be offered for sale.

The Renault group’s engineering director has released valuable information on the price range and release date of the future electric R5. The main idea being to launch an affordable connected vehicle.
Read more

This electric bike for me is perfect: light, foldable and cheap