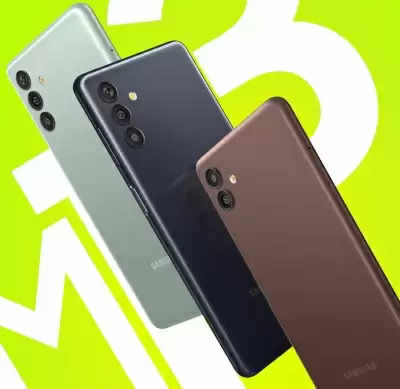 Technology News Desk !!! 5G shipments in India grew by 163 per cent (Y-o-Y) in the April-June period, and Samsung topped with 28 per cent market share. It was followed by Vivo with a market share of 15 percent. This information has been given in a report released on Thursday. According to Cyber ​​Media Research’s (CMR) India Mobile Handset Market Report, one out of every three smartphones shipped in the second quarter of 2022 was a 5G enabled smartphone as shipments grew by 7 percent (quarter-on-quarter). With the completion of the 5G auction and the anticipated roll-out of 5G services in India, 5G smartphone shipments will gain momentum, said Maneka Kumari, Analyst, CMR, Industry Intelligence Group. 5G smartphone shipments in the Rs 7,000-24,999 grew by over 160 per cent, while overall smartphone shipments in this segment grew by 12 per cent. Affordable smartphone shipments (under Rs 7,000) declined 61 per cent year-on-year. The report said that premium smartphones (Rs 25,000 to Rs 50,000) and super premium smartphones (Rs 50,000 to Rs 1,00,000) grew 80 per cent and 96 per cent, respectively. Excluding the smartphone market leader, most of the major Chinese smartphone brands in the top five smartphone leaderboards posted decent growth during the quarter.

Xiaomi (20 percent), Samsung (18 percent) and Realme (16 percent) occupied the top three spots in the smartphone leaderboard in the second quarter, followed by Vivo (15 percent) and Oppo (10 percent).78 Apple tops the super-premium (Rs 50,000-1,00,000) segment with a percentage market share. The iPhone 12 and iPhone 13 series contributed to iPhone shipments during the quarter. Amit Sharma, Analyst-IIG, CMR said, “We anticipate that the supply may get better from the festive season in H2 2022.