Samsung Galaxy M04 may be launched in India soon, the price will be less than 9000! 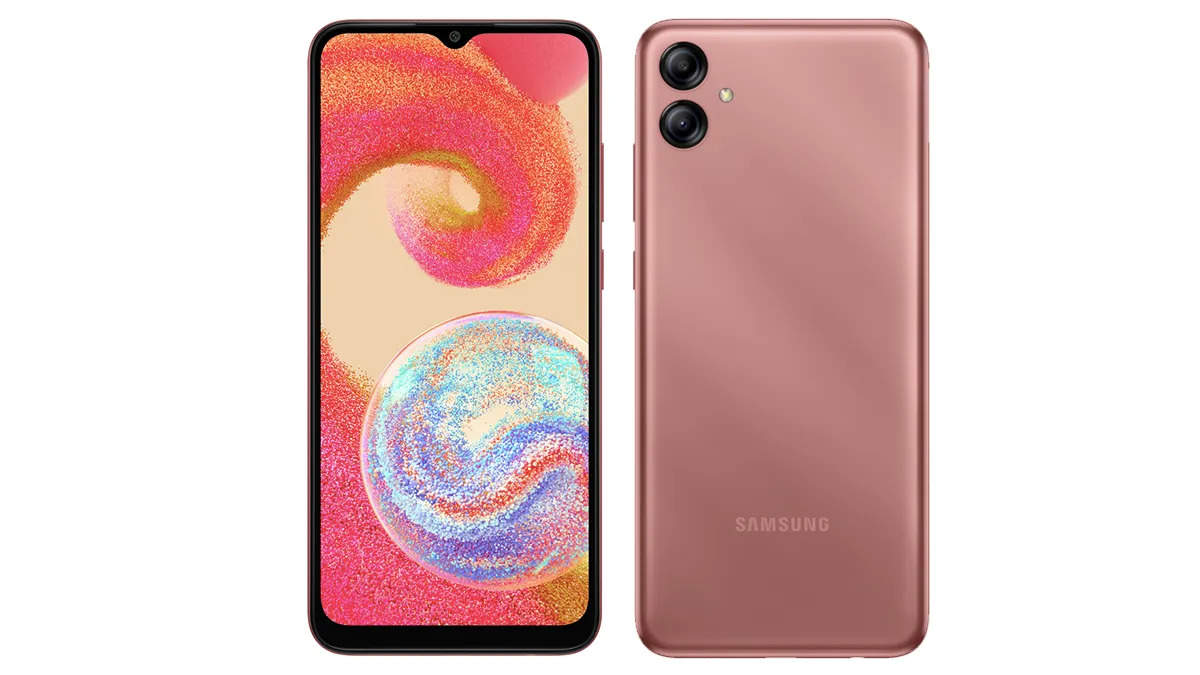 Share
Facebook Twitter LinkedIn Pinterest
Mobile News Desk – Samsung may soon launch its new smartphone Galaxy M04 in the Indian market. Recently its launch timeline and price information has been leaked. This Samsung smartphone has received many certificates including Bluetooth SIG, BIS and Gigabench. According to the report, this Samsung smartphone can be launched in the coming days. Recently this phone was seen on the Google Play console listing. It is being speculated that the phone will be launched soon. Samsung Galaxy M04 will come as an updated version of Galaxy M03. According to some previous reports, this could be the rebadged Galaxy A04 smartphone, which is available in the global market. The new poster that surfaced also confirms the same thing. Waterdrop notch display and dual camera ring will be available on the back panel in this upcoming smartphone.

It is currently being seen in Mint Green color option. According to the report, this smartphone has 8 GB RAM, but this can happen after the inclusion of virtual RAM technology. According to reports, the Samsung Galaxy M04 is expected to get a 6.5-inch HD+ display. MediaTek Helio G35 processor will be available in it. It can be offered with 3GB RAM and Android 12 OS. If this smartphone is brought as a rebranded Galaxy A04 device, then it is expected to get a 13MP + 2MP dual rear camera setup and a 5-megapixel front camera. Apart from this, a 5,000mAh battery will be provided in the new Samsung smartphone, which will support 10W charging. Another poster suggests that the Samsung Galaxy M04 price in India could be as low as Rs 8,999. It could compete with Realme C-series, entry-level Redmi phones and other affordable smartphones in the market.