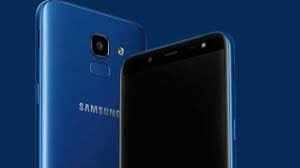 According to reports, the Samsung OLED 2.0 display may include an advanced fingerprint sensing technology that will enable the smartphone to scan multiple fingerprints at a time. At the heart of Samsung’s OLED 2.0 is OPD technics (organic photo diode) for advanced multi-fingerprint sensing by ISRG, a French company focused on advancing OPD. The technology involves a very thin sensor that can be laminated to an OLED display and allows for multi-fingerprint sensing. Samsung will reportedly use a version of ISORG’s technology in OLED 2.0 displays for smartphones. ISORG CEO Dieter May said in a recent interview that Samsung plans to use an in-cell version of the company’s technology. “Which means the approaches and some proprietary materials may well be similar, but they will take a yield hit trying to implement both the sensor and the collimator inside the OLED display itself,” May said.