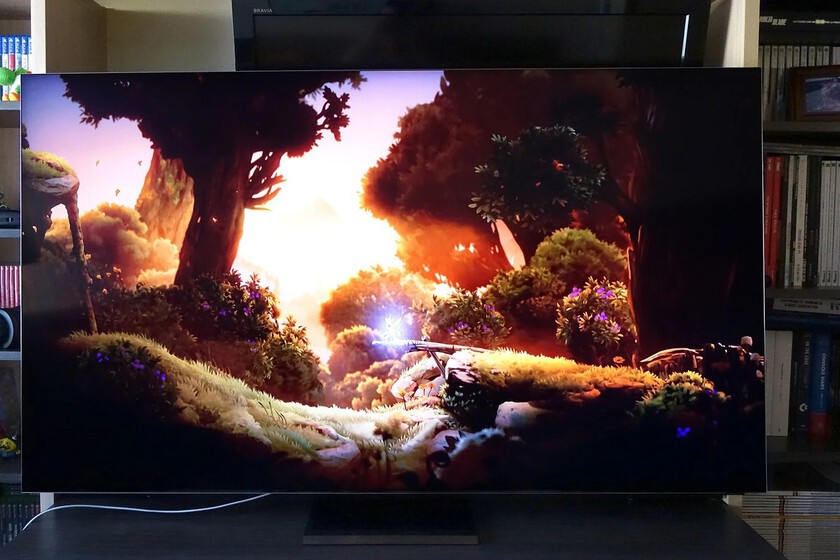 The video market is seeing how hard times ahead with a European Union that wants to curb the “waste” of televisions when they use HDR-based image enhancement modes such as HDR10, Dolby Vision and HDR10 +. These are the most popular standards, almost in that order.

We can find the first two on almost all streaming video platforms and a large part of the Smart TVs that we can buy include some of these systems. The third in contention, HDR10 +, has less of a market, but Samsung, the firm that brought it to light, has new plans to expand it and the key is video games.


If we put ourselves in the background, HDR10 + is a royalty free high definition video standard created by Samsung and with the support of firms like Amazon. A standard that offers image quality that rivals Dolby Vision.

HDR10+ uses a technique called “dynamic metadata encoding” that allows you to adjust the brightness and contrast of the image in real time, which produces a more detailed and realistic image. It also improves compatibility with high-resolution content such as games and movies. However, it is important to keep in mind that in order to enjoy the improvement in image quality offered by HDR10 +, it is necessary to have a compatible television and specific content that uses this standard.

HDR10+ is a system that It is present in a good part of Samsung televisionsas well as in various categories of devices, including smartphones, tablets, computers… and the next target to get more market is video games: it is HDR10+ Gaming.

This system, as we have already seen, will be compatible with the latest generation consoles. A system that will be accompanied by three important elements when playing video games: VRR (Variable Refresh Rates), HDR auto-calibration and tone mapping processes on low latency sources.

As mentioned in SamMobile, Samsung in collaboration with Amazon, KT and Nvidia, is working on HDR10 + Gaming. The version of your image enhancement system designed for use in video games.

HDR10+ Gaming is the key

Announced in late 2021, HDR10+ Gaming is coming to more TVs and monitors, as well as new set-top boxes. In this way, more devices will have support for HDR10 + Gaming apart from QLED TVs launched in 2022.

In this sense, KT, one of the most important operators in South Korea, announced that in 2023 it will launch a decoder compatible with HDR10 + in real time. NVIDIA for its part, has announced that will offer support for HDR10 + on laptops and gaming PCs using GeForce RTX and GeForce GTX 16 series graphics cards.

Added to this is the support of Apple, which has traditionally opted for Dolby Vision but which anda brings support for HDR10+ on Apple TV 4K last generation.

These are big players, but now the latest report from SamMobile adds another big name to the table. In it, he reports that Google might also be interested to participate in the use of HDR10+ Gaming. In this regard, there is no more data: neither the devices that would be compatible with this standard, nor how they would implement it, but everything indicates that Smart TVs with Android TV and Google TV would be the key in this development.

If finally, Google ends up supporting HDR10+ Gaming as well, Dolby Vision would have a strong competitormainly due to the large presence of smart televisions with Android TV and Google TV as the operating system.