SASSLA: How is the app that detects earthquakes that everyone talks about? 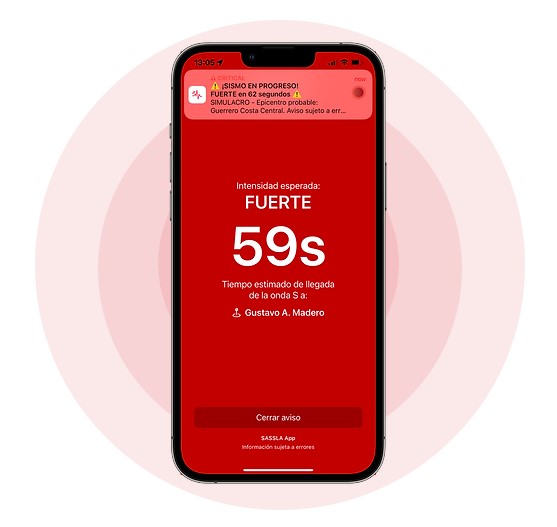 Share
Facebook Twitter LinkedIn Pinterest
Early this Thursday, a new earthquake surprised Mexicans. With an epicenter registered in Coalcoman, Michoacán, the movement had a magnitude of 6.9, which immediately activated the well-known seismic alert. This event, added to the earthquake recorded last Monday, has put SASSLA App in the middle of the conversation.

And it is that although we know that earthquakes cannot be predicted, it is true that among Mexicans there is a belief that September is one of the months in which the most high intensity earthquakes are reported, which is why the search for platforms capable of alerting in an emergency, it has simply dispersed.

Earthquakes of September 19, what is the probability that it will happen again? Mexican scientists explain

Although it is true that the Mexican Seismic Alert System has demonstrated its effectiveness for several years, it is also a reality that failures are a constant, while the service is not available throughout the national territory.

In response to this reality and after the earthquake registered during the first hours of this Thursday, conversations around SASSLA App have been growing within social networks, an earthquake alert system that, until now and according to the users themselves, has shown have a very high effectiveness in fulfilling its mission.

Below we share some details about this app and tell you if it is really worth downloading or not.
Contents hide
1 What is SASSLA App and how does it work?
2 What data does it deliver and how are its notifications?
3 SASSLA App: Is it worth it?

What is SASSLA App and how does it work?

As mentioned, SASSLA App is an application capable of monitoring earthquakes in real time and issuing emergency alerts via the Internet. Available for both iOS and Android, it has a free version and a paid version that offers greater customization options.

Its operation is based on the data issued by the Mexican Seismic Alert System, which replicates the official signal to millions of devices “in just over 500 ms (milliseconds), with the possibility of quickly scaling its power if required” .

What data does it deliver and how are its notifications?

SASSLA App provides data on the expected intensity of each earthquake by region as well as the estimated time of arrival in the area of ​​each user. According to its developers, the platform issues notifications “up to 120 seconds before a strong earthquake, without delay and critically.”

It is important to mention that the system works even in those areas where the seismic warning system may have faults or in those places where there are no loudspeakers.

SASSLA allows you to choose which earthquakes deserve notification based on their intensity, making use of all the capabilities of the smartphone. According to its website, the app:

SASSLA App: Is it worth it?

The benefits offered by SASSLA App make it a reliable option even in its free version. Additionally, it is fair to mention that it has technology to minimize battery consumption when using the application, so the performance of the device is not compromised.

We cannot forget that, like any other system of this nature, it is not exempt from flaws, so the SASSLA App must be considered as a support resource. Being attentive to official information will always be paramount, although solutions like this can give us a little more peace of mind.