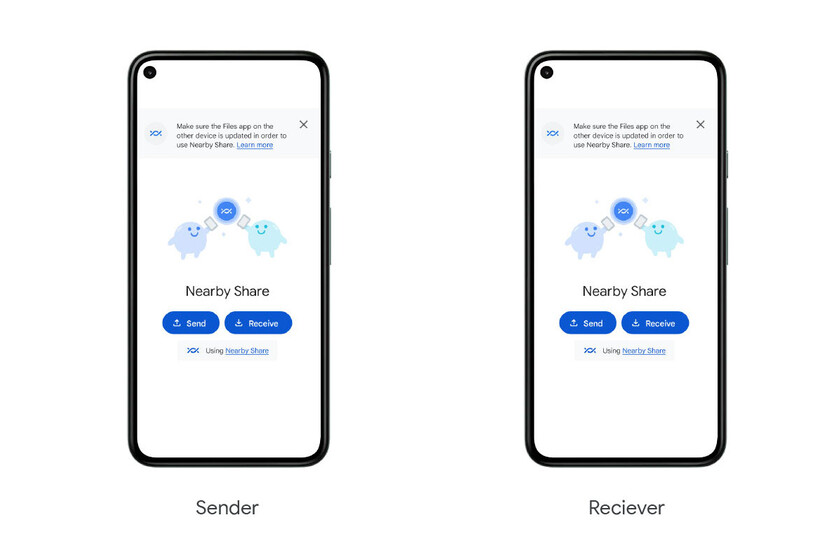 Share
Facebook Twitter LinkedIn Pinterest
Sharing with Nearby, or Nearby Share, has been on our mobiles for two years now, considering itself as Android AirDrop and receiving regular improvements to make it more useful. The latest upgrade on the way is going to make it even easier to send files between Android mobiles.

With Share with Nearby it was already possible to send files before, but the difference that Google is testing means that we don’t have to open any additional app: everything happens from the quick setting in the notification panel. It is a novelty in tests, although with many ballots to end up reaching users.


Send files with Share with Nearby and nothing else

Share with Nearby It wants to be the universal way to send things between Android phones, with or without data and between your own devices or not, with the only condition that they are close. Initially it was presented as a way to send things that apps could take advantage ofbut now it is testing to make it even easier to send files, without having to go through an app first.

Since its inception, Share with Nearby integrated with Files by Google to allow sending files from the Sharing tab, although this requires a few steps beforehand and is perhaps not as intuitive as you might expect. The novelty in tests, which we can see in this tweet, speeds up the process.

Google is testing a “Send” shortcut in the Nearby Share bottom sheet that lets you quickly select files (using the Files by Google app) to share with others. This shortcut will appear when you tap the Quick Setting tile for Nearby Share.

Instead of opening Google Files, go to the tab Share and press Sendsoon we can tap on the Share with Nearby icon in the quick settings of the mobile and, in the panel that is displayed, tap on Send, a button at the top with the Google Files icon. Pressing it opens the file selector -powered by Files- to choose a file to send. Then, it is time to search for the nearby device to whom we want to send it and complete the process, as always.

This sending of files is still based on Google Files, although taking into account that the app is pre-installed on recent mobiles, becomes de facto a universal and fast way to send files between nearby mobiles without having to go through apps, simply from the quick settings of the mobile. At the moment the novelty is not active for users nor is it mentioned in the news of Google Services for December, so it may come later.