So it keeps sneaking into the Android app store 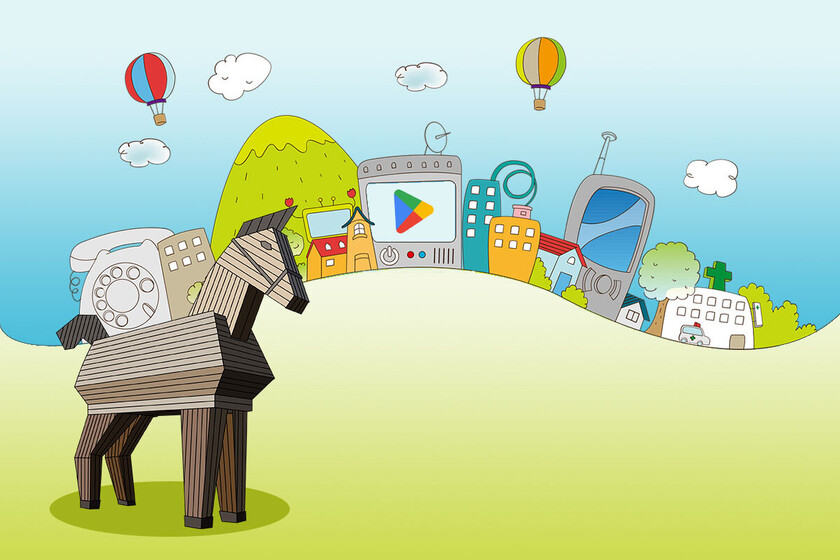 Share
Facebook Twitter LinkedIn Pinterest
Almost daily we find out about new malware inside and outside of Google Play and that on many occasions seeks to gain access to our bank account. Sometimes hidden in harmless-looking apps and camouflaged in fake SMS, this type of malware appears to be immune to Google’s attempts to clean up its store Of applications.

one last Trend Micro report It details the degree of sophistication to which malware is reaching and the headache this poses for Google’s attempts to prevent its proliferation in the store. The security company has named the latest innovation DawDroppera advanced system to remotely download malicious code which ironically uses third-party services like Firebase (from Google) and GitHub (from Microsoft).


Firebase and GitHub at the service of malware

Malware writers must use their ingenuity to camouflage the malicious software’s intentions from Google’s detection mechanisms and other antiviruses that might be active on the mobile. This is why the most normal thing is that the input malicious code is not included in the applicationbut download later, remotely.

It is in this download process that Trend Micro has detected an evolution in the methodology of the creators of this type of malware. If at the beginning of this wave of banking malware that we have been suffering since last year, the apps hid the address of the malicious code encrypted in their own code, the latest evolutions receive it remotely.

Trend Micro has dubbed this latest evolution of malware downloaders What DawDropper, the downloader of the malicious code that has been used in recent campaigns such as malware from the Octo family, Hydra, Ermac or TeaBot. In this way, seemingly harmless apps later turned into full-fledged Trojans capable of stealing passwords, accessing the bank’s app, and capturing screens remotely.

Some of the apps that used the DawDropper method. Fortunately none of them are already on Google Play

The advantage of downloading the malicious code later is clear, since the APK received and hosted by Google is clean, and the existence of the downloader is camouflaged in the code, since not even a reference to the APK with the malicious code is included. Instead, it is obtained remotely.

Ironically, the malware uses Google’s Firebase and Microsoft’s GitHub to download the malicious code that is installed on the mobile

In the first iterations of this type of downloader, the applications obtained from GitHub the web address of the APK to download, but DawDropper adds even more technology to the matter. Instead of accessing GitHub repositories, it gets the address of the malicious code via the Firebase database servicewhich to add insult to injury is a Google service. It is thus even easier to detect in advance. In this way, the malware creator can remotely and flexibly control the download of the malicious code, which is usually obtained from another free service: GitHub, from Microsoft. Thus, the malware takes advantage of both Google’s Firebase and Microsoft’s GitHub, both of which are widely used by Android applications and therefore make their detection very difficult: it is normal for an application to use Firebase and connect to GitHub to, for example, check if there are new versions.

What happens next depends on the malware in question that is downloaded. In the case of malware from the Octo family, the first step is to convince the user to activate it as an accessibility service. Afterwards, the app has control to do basically anything, including disabling Play Protect, uninstalling apps, activating a keyloggerobtain passwords and access data, take screenshots and potentially obtain access data to banking and/or cryptocurrency apps.

At Trend Micro, they estimate that more and more harmless-looking applications will hide these types of malware downloaders, and each time with a higher degree of sophistication. The recommendations to avoid them are the same as always: do not download unknown applications, especially outside the Google store, and don’t grant accessibility permission lightlyone of the main gates for malware on Android.