Solar refineries, how to get clean fuel from the air 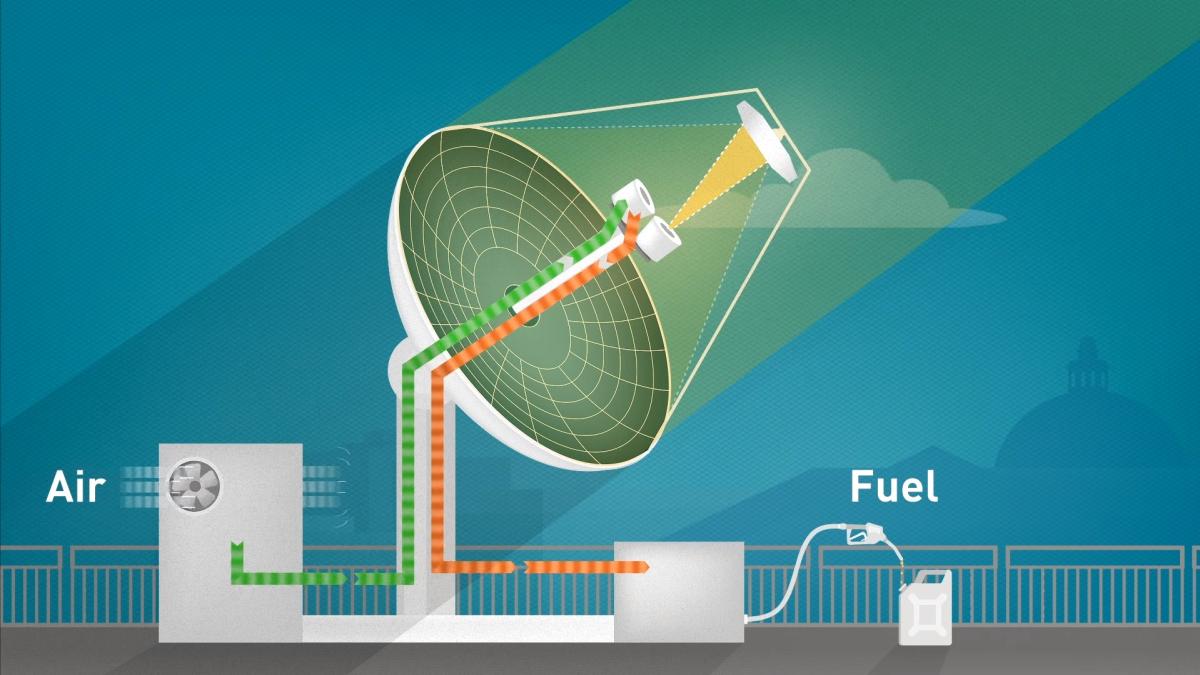 The use of sustainable aviation fuel is one of the great steps that the sector wants to take towards a cleaner and greener world.

Let’s remember how at the end of 2021, a Boing 737 Max 8 traveled the distance from Chicago to Washington DC (almost 1000 kilometers) with an engine that used 100% sustainable aviation fuel, also known as SAF.

Well, this has only been a first step. They are now getting a huge boost towards this goal thanks to the carbon-neutral jet fuel they extract from the air. This is the work of engineers from the Swiss Federal Polytechnic School, who have not only achieved this milestone but also done it on a large scale.

The objective of this project is to produce a clean and carbon-neutral form of gas that does not generate more emissions and, according to the researchers, the best way to do it is with solar energy. This is why they got down to work and built 169 solar tracking reflectors that concentrate approximately 15kW of solar energy in a tower-mounted solar reactor.

In the following video you can see how this system works.

According to the researchers, the solar energy directed to the reactor corresponds to a ratio of average solar concentration of approximately 2,500 suns and inside the reactor the temperatures reach approximately 1,500°C, hot enough to split captured carbon dioxide and atmospheric water vapor to form synthetic gas.

Upon cooling, this gas leaves the reactor to a conversion unit to transform into a liquid which, in turn, transforms it into kerosene.

With all this and the research carried out, the liquid synthesis gas made from hydrogen and carbon monoxide in hydrocarbons will be perfectly usable for airplanes.

Camping or in a caravan? This is how Polish campers wash the dishes if you don’t have running water