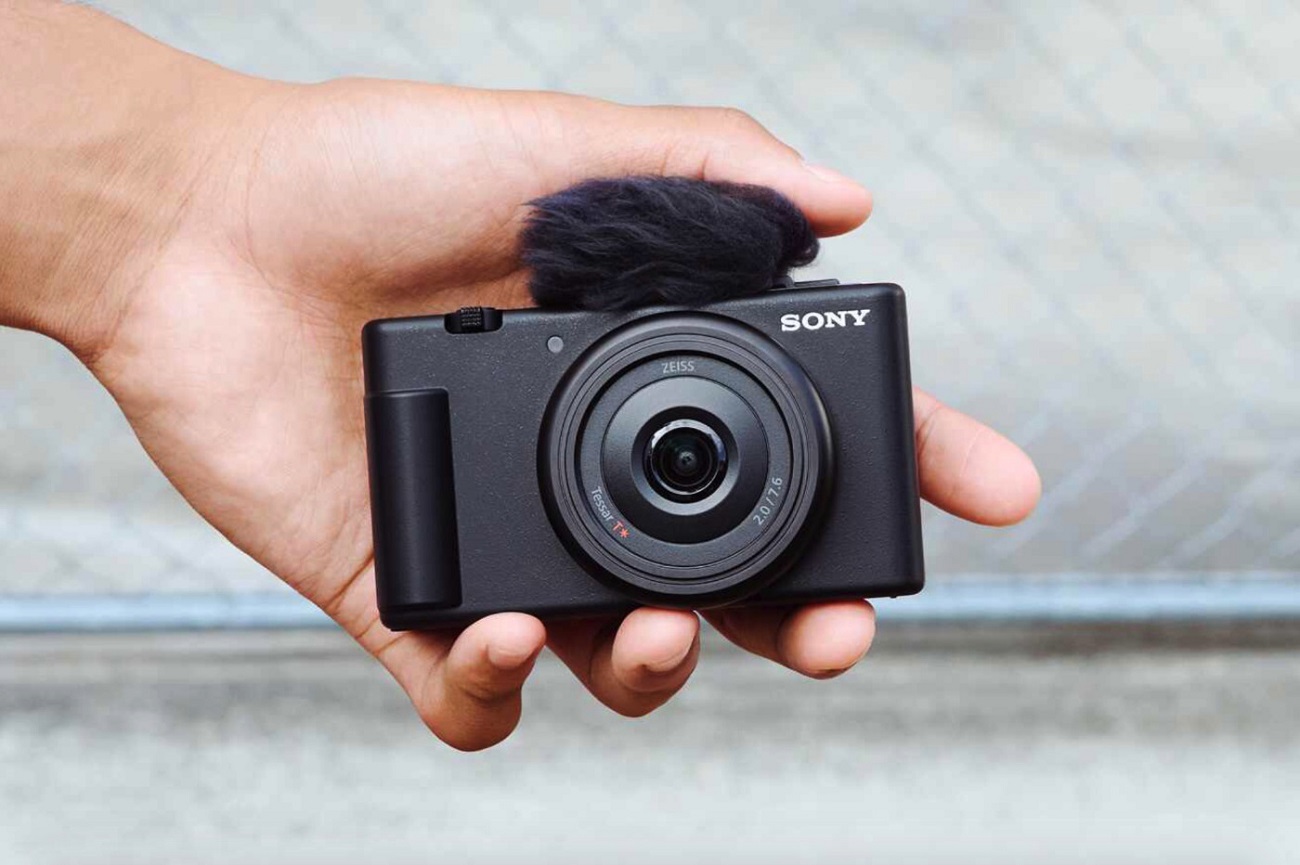 Sony has announced its ZV-1F, a small camera designed for vlogging and getting into video.

In parallel with its hybrid cameras in full frame format, Sony continues to offer more compact photo and video solutions and, above all, much more oriented towards beginners thanks to their attractive price.

Two years ago, the Japanese manufacturer launched the Sony ZV-1, a small compact video-oriented camera for beginners and equipped with a 1″ type format photo sensor. The device was then oriented towards vlogging, but took over the main characteristics of the Sony RX100 VII with a 24-70 mm equivalent lens opening at constant f/2.8.

However, given the use of the device, essentially held at arm’s length in the case of vlogging sessions, the focal range was considered somewhat narrow by users. It is essentially in order to correct this problem that Sony unveiled a new camera on Thursday, October 13, the Sony ZV-1F.

A device designed for vlogging

Logically, the new compact device largely takes up the characteristics of the 2020 ZV-1 with a 1″ type sensor with a definition of 20.1 megapixels. It also incorporates an adjustable screen on a ball joint to allow you to look at yourself when filming yourself as well as an automatic focus on the eyes for humans and animals. The small camera – 229 grams on the scale – is also capable of capturing video sequences in 4K at 30p or in Full HD at 120p.

But the main difference with its predecessor comes in fact from the choice of the lens integrated by Sony. The Japanese manufacturer does not now offer a zoom on its ZV-1F, but a 20mm equivalent fixed focal length opening at f/2. Concretely, this wide-angle lens should thus allow users to use their device in vlogging mode even without having to hold it at arm’s length to be entirely in the field. Also, the larger aperture should help retain natural bokeh even with a shorter focal length. Sony has also reintegrated the button “Bokeh Effect”already present on the 2020 model, to allow the focal aperture to be pushed to the maximum in order to maximize background blur.

The Sony ZV-1F will be available in France at the end of October. It will be offered at a price of 650 euros. For comparison, the first ZV-1 was launched at 799 euros.

Know the features of the new launch phone Lava Blaze Next in 5 points, the sale of the phone started on Amazon

Does Sony have anything to do with the poor performance of The Callisto Protocol on PC?