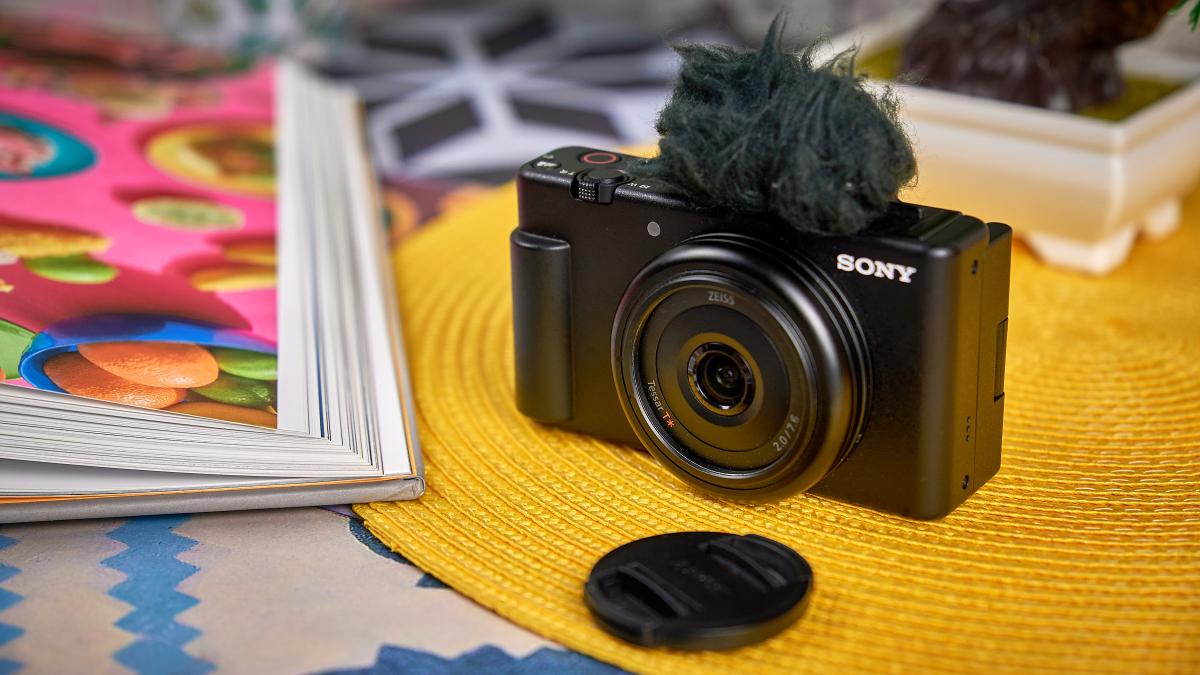 A little over two years ago, Sony took a stand in the growing market for content creators by introducing the Sony ZV-1F, a compact camera with which you could improve video qualitys of the creators, without sacrificing portability.

With the launch of the ZV-1F the Japanese firm gives one more twist by raising the bet for simplicity of use with a camera specially designed for users who do not want to complicate themselves with interchangeable lenses, microphones or megapixels.

The Sony ZV-1F does not come to replace the current Sony ZV-1, but simplifies some functions to offer a more accessible camera to all audiences, without sacrificing good features in terms of image and sound quality. We are already testing it, but for now here are some first impressions on the Sony ZV-1F.

Contents hide
1 Minor changes to simplify access to a camera
2 Integrated audio, but a battery that does not give much joy
3 Price and availability of the Sony ZV-1F

Sony has just introduced its ZV-1F, a new camera based on the ZV-1 how good it has been among content creators for being little bigger than an advanced compact camera, but having elements designed to be self-recordedsuch as the articulated screen or a high-quality integrated microphone.

When we take out the SonyZV-1F From its box we thought that it was a mistake and that the Sony ZV-1 had been sent to us again since, externally, both cameras are very very similar.

We are talking about a camera with a 1-inch Exmor RS BSI sensor like the ones mounted on the RX100 of the brand, but with a 20.1MP resolution that allows to apply improvements in image processing and an improved focus system that they inherit from high-end cameras such as the Sony Alpha 7 IV.

At this point, the SonyZV-1F brings some changes in the focus system with respect to the ZV-1, raising even the 425 focus points by contrast on the sensor. This makes the eye focusing system for humans and animals more reactive and precise.

But, without a doubt, the biggest change comes from the hand of the new 20mm fixed lens with f/2.0 aperture that mounts this new camera.

The change not only affects improving the visual amplitude of the frame to be placed in a perfect focal point for self-recording without leaving a plane that is too closed, but also allows applying the Sony SteadyShot stabilization leave a certain margin of air around the protagonist when self-recording freehand.

The Sony ZV-1F does not do without basic functions to create content for Twitch, YouTube or TikTok how are the functions of Show Productwhich applies immediate focus to objects at close range, or blur backgrounds to make the protagonist of the video stand out from the background.

Sony’s new camera maintains the 3-inch articulating screen that already mounted the ZV-1, but improves it with a fully touch interface that makes its configuration easier. Also, when you start the video recording, a red frame appears around the screen and the talli light on the front lights up indicating that it is recording.

The Sony ZV-1F has given up on other advanced features, such as the built-in ND filter that we do find in the ZV-1, which allows you to keep the exposure at bay without having to lower the aperture or shutter speed excessively.

Integrated audio, but a battery that does not give much joy

One of the advantages of Sony ZV cameras is to integrate everything you need to create content without having to worry about anything else, and it does it well.

In our analysis of the Sony ZV-1 we were able to verify the good results left by the three-capsule microphone that the camera integrates in the upper part, allowing the audio to be recorded with good quality, even outdoors with some wind thanks to the ingenious anti-wind filter which is installed on the shoe.

The new ZV-1F is no exception and follows in the footsteps of the original model by mounting the same audio system, but improving noise filtration with a denser filter. Also, if you want, the new camera Features a 3.5mm audio jack to connect an external or lavalier microphone.

The battery has not improved, which maintains the same type as the previous model, accusing a quite limited recording time. In the initial tests that we have been able to do, we have been able to spend an afternoon taking photos and videos, but when we returned home, it already needed a charge.

The good news is that the new camera finally swaps out the previous model’s microUSB charging port for a USB-C port With which not only the charging capacity is improved, but it can also be connected directly to an Xperia smartphone to stream directly from the mobile.

Price and availability of the Sony ZV-1F

As indicated by Sony, the new ZV-1F will hit stores for a price of 650 eurosabout 100 euros cheaper than the ZV-1 at launch, and will be available from october this year.

With this, the Japanese firm seems to have solved the supply problems that the Sony ZV-1 and Sony E-10 had in their first months of life, where the lack of stock produced a bottleneck in their sales figures.

For our part, we are already testing the new camera and in a few days we will publish the complete analysis of a camera that, for the moment, we find it very comfortable to take on a trip or to events.

Sony will bring 50% of its catalog to PC, including its motor racing license