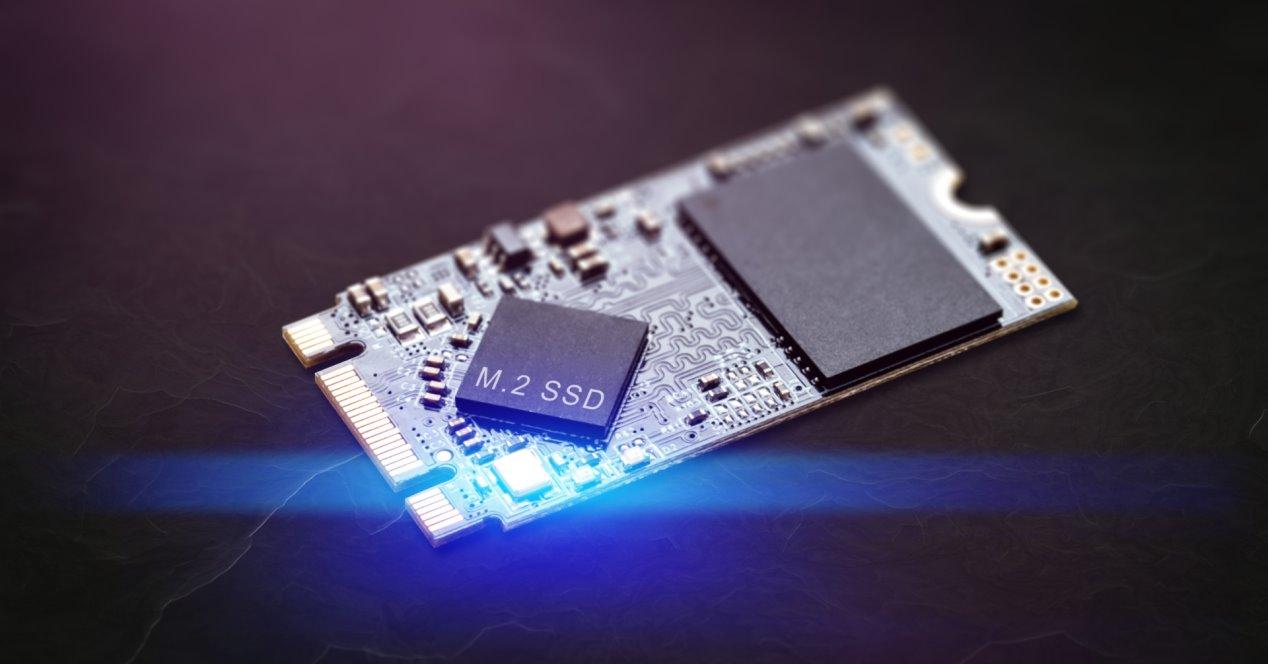 Share
Facebook Twitter LinkedIn Pinterest
We have seen how SSD storage units have taken over the desktop and laptop market. But, it seems that SSDs have stalled in capacity (and performance) especially seeing that HDDs only increase in capacity. Now why the SSD have been stuck at 4TB if mechanical hard drives keep increasing in capacity?
Without a doubt, SSDs have revolutionized the computer market by solving a huge bottleneck. Mechanical hard drives are very limited in performance, at least, commercial drives. The SSD problem has similarities to the problems that have been presented by HDDs.
Contents hide
1 Seeing SSDs larger than 4TB seems, at the moment, very difficult
2 And on top of that, the PCIe 5.0 SSDs still haven’t arrived

Solid State Storage Drives or SSDs are impressive solutions that have fixed the problem of loading times. For mass data storage they are far from HDDs and it seems that they will continue like this for a long time. We have realized that its SSD they have stagnated in 4TB maximum capacity, being the 1 TB units the ones that offer the best quality/price ratio. But what are the problems?

The first and most important has to do with memory chips. This problem can be broken down into two aspects.: number of layers and bits per cell, and the number of chips per unit.

Currently the ssd have been stuck in memories with 4 bits per cell (QLC) and jump to the 5 bits per cell (PLC) it is not easy. Making the leap to PLC memories seems very complicated and for the moment, it seems technically out of the question. On the other hand, they are also seeing difficulties at the time of increase the number of layers by memory. Increasing the layers can, to some extent, allow the total capacity to be increased. Micron is the most advanced with 232-layer memories, but they are complex to manufacture.

Without a doubt the biggest problem is the number of memory chips in a storage unit. The 2.5-inch SSDs don’t present much of a problem in this sense, due to the large amount of available surface. The issue main is in the M.2whose space is extremely limited and on top of that, they usually present temperature problems. To break the 4 TB barrier (there are a couple of units on the market) next-generation memories are required, something that makes the product enormously more expensive.

And on top of that, the PCIe 5.0 SSDs still haven’t arrived

A year ago Intel threw the Core 12th Generation that offered support for units SSD M.2 PCIe 5.0 x4. It was planned that for the second half of 2022 the first units will be launched PCIe 5.0 storage. We saw in September how some units were announced that would arrive shortly. When we write this it is November 23, 2022 and no news about it.

It should also be said that PCIe 5.0-based SSDs do not bring much to the user. Doubling the speeds of PCIe 4.0 SSDs is meaningless to the average user and gamer. In addition, these units have serious temperature problems, which in many cases make it necessary to use heatsinks with a fan included.

It seems that SSDs have hit a huge wall that they are not able to overcome. At the same time, HDDs are being claimed with solutions of increasing capacity and performance. Logically, HDDs being SATA are limited in performance by this interface. Also, large capacity hard drives (8TB and up) are usually quite expensive.