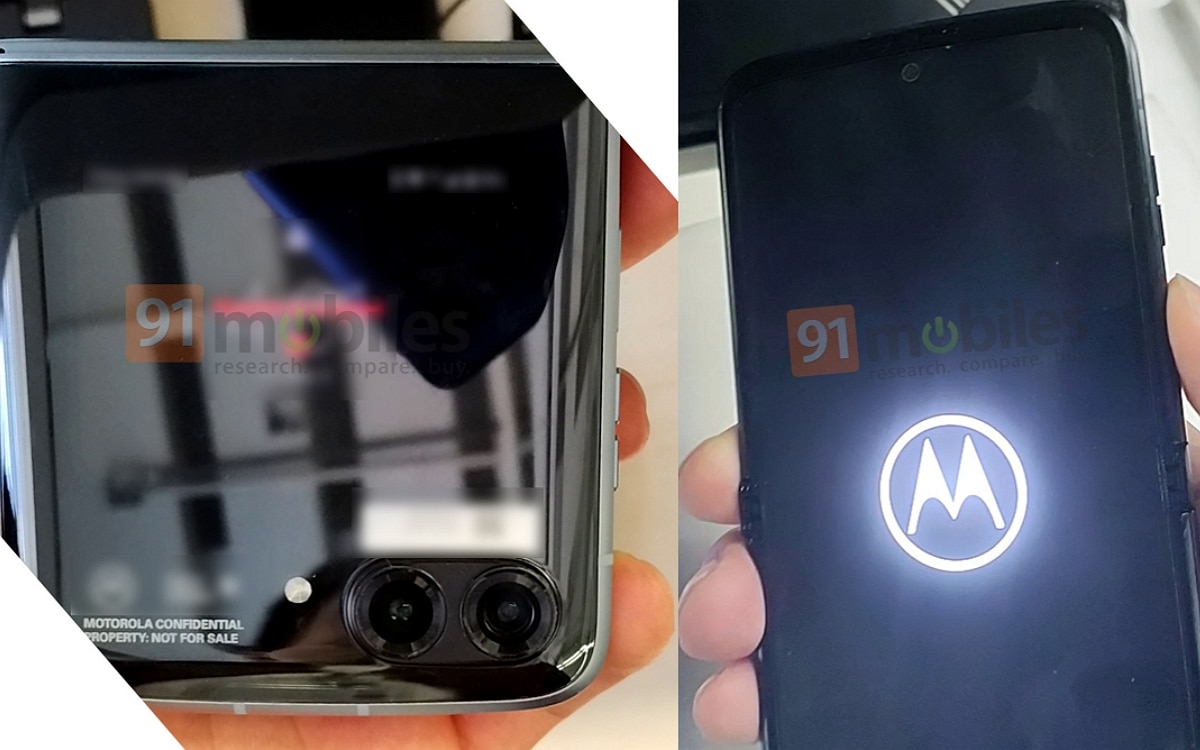 After launching its first Razr flip smartphone in 2019, Motorola upgraded its offering with the Razr 5G in 2020, but the series was ultimately not carried over the following year. Like its competitors, we imagine that Motorola has been badly impacted by the global shortage of componentsand the competition was pretty tough last year because of the Galaxy Z Flip 3’s aggressive pricing.

This year, it seems that Motorola wants to try its luck in the foldable smartphone market again with a new model, for now known under the code name “Maven”. Leaker Evan Blass managed to get his hands on stolen photos of the device before its launch. They reveal that the flip smartphone will benefit from a brand new design closer to the competitionthus correcting one of the biggest flaws of its predecessors.

What technical characteristics for the Motorola Razr 3?

Evan Blass claims the Razr 3 comes with an internal foldable FHD+ display and a 32MP selfie camera. Motorola would prepare two versions of its device: one with a Snapdragon 8 Gen 1, and another with the new Snapdragon 8 Gen 1+ which should be presented this month. According to the leaker Digital Chat Station on Weibo, the first devices equipped with this new chip will arrive next month. The SoC will be supported by 12 GB of RAM and up to 512 GB of storage.

On the back, there would be two cameras, a 50 MP main as well as a 13 MP ultra-wide-angle sensor which is also capable of taking macro shots. Finally, according to Evan Blass, the smartphone would be expected in China at the end of July or the beginning of August in two colors: Quartz Black and Tranquil Blue. For now, it is not known at what price the device will be launched, but Motorola will have to be more aggressive than in previous years if it intends to attack Samsung in this market. We also expect Samsung to lower the price of its Galaxy Z Flip 4, which could for the first time drop below 1000 euros.