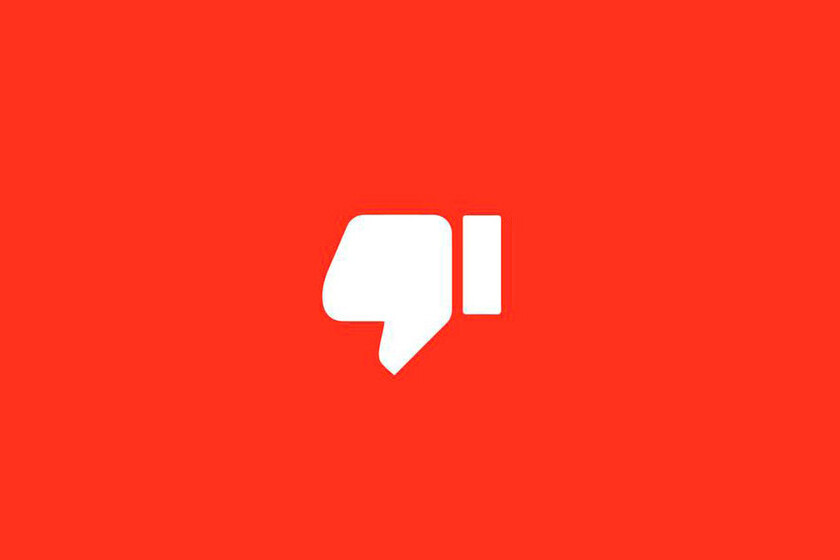 they have proven it in Mozilla. Yes, those of Firefox and other great products. The company has carried out a study on how the ‘I don’t like’ button on YouTube works. On whether it affects the search algorithm of the streaming service in any way. And the result has not turned out to be a surprise, far from it. If you thought the button did little, you were not wrong. The button is useless. Or for almost nothing.


The algorithm ignores you when you don’t like something

In Mozilla they have carried out a study recruiting for it more than 20,000 volunteers. Users who browse YouTube daily and who have used the RegretsReporter extension. This function is responsible for overlaying YouTube buttons that send random signals between different options: ‘I don’t like’, ‘I’m not interested’, ‘I don’t recommend the channel’, ‘Remove from history’ and a control signal.

Throughout the study, a total of 500 million recommended videos were grouped. Those responsible then began to try to determine if the recommended video selection algorithm was affected in any way by the behavior of said users. That is, if it learned from the users’ desire or ignored it. If a video marked as ‘I don’t like’ meant that said topic would no longer appear in the recommended ones, or its importance would be reduced.

The study has shown that submitting these ‘Dislikes’ or ‘Not Interested’ via RegretsReporter has reduced the recommendation of such videos by 12%. It does not eliminate them, it only stops recommending them by 12%. In other words, if you don’t like a video, those related to him will still appear to you although only 9 out of 10 times. Little or no influence on the algorithm.

This means whether you like a video or not, whether you like a theme or not, the algorithm puts the video in front of your eyes and there is nothing more to talk about. The algorithm does not learn from you. A person in charge of Youtube has replied to ‘The Verge’ as a result of the conclusions of said study and has made it clear that YouTube never completely vetoes an issue. The explanation is the following:

It’s important to note that our controls do not filter entire topics or viewpoints, as this could have negative effects on viewers, such as creating echo chambers. We appreciate academic research on our platform, which is why we recently expanded access to the Data API through our YouTube Researchers Program. Mozilla’s report does not take into account how our systems actually work and therefore it is difficult for us to get many ideas.

So that, pressing the ‘I don’t like’ button only serves to harm the statistics view of the owner of the channel that hosts that video, whoever it is. Youtube is trying to hide it, in fact. Trying to teach the algorithm not to show you certain videos through the button is absolutely useless. Something serious, because whether you like it or not, the topic in question will continue to pass before your eyes if the algorithm wants it that way.

goodbye to apps with mileage names

huge autonomy and big power on the menu

Segway has formalized a whole new range of electric scooters, represented by the Segway P65E…

The entire European Union is mired in an energy crisis, and the agencies are looking…

Spiritfarer, travel by ship to the afterlife

More entertainment away from series, movies and documentaries: the best-known streaming platform add Spiritfarer to…

As is happening with the iPhone, many people looking to get an Apple Watch are…